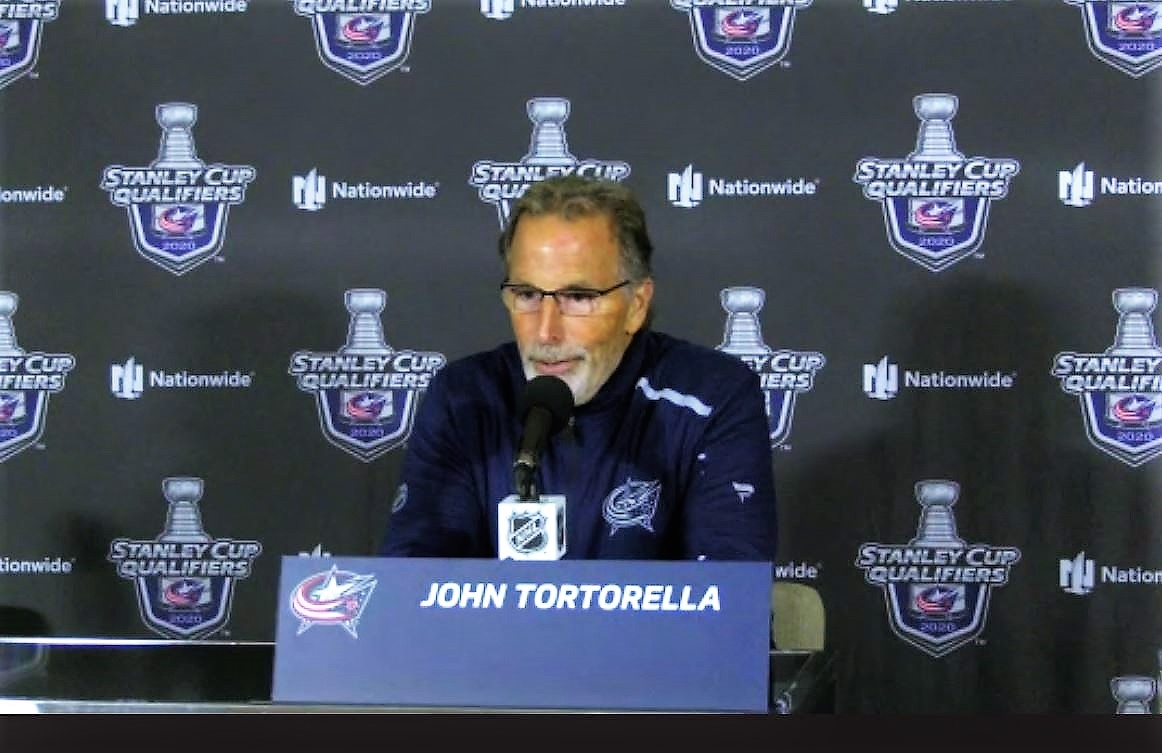 Toronto’s Jake Muzzin needed to be stretchered off the ice with 1:52 remaining of the Maple Leafs game Tuesday against the Blue Jackets at Scotiabank Arena in Game Two of the qualifying round NHL playoff series.

Players of both clubs knelt as athletic trainers tended to the defenseman during an approximately 14-minute stoppage in play.

There was no immediate word on the nature of Muzzin’s condition, but he appeared to be conversing with medical personnel.

UPDATE: Toronto coach Sheldon Keefe says Muzzin was taken to the hospital, is responsive, and the team is waiting a further assessment.

It was a somber moment on a night when Columbus fell 3-0, despite 36 saves from their goaltender, Joonas Korpisalo. That means Columbus and Toronto are even through the first two games of their best-of-five set.

Korpisalo played the first 96 minutes of the 2020 postseason without giving up a goal, but that shutout streak ended when Auston Matthews redirected a puck past him in the second period.

Matthews’s goal was scored with both teams at even strength, as was a third-period tally by Toronto’s John Tavares, but special teams was a crucial aspect of the Game Two matchup.

Columbus took six penalties. Partly as a result of that, the Maple Leafs outshot the Blue Jackets 39-20.

One of the final shots of the contest was Morgan Rielly’s empty netter, which set the score.

Game Three is Thursday at 8 p.m.