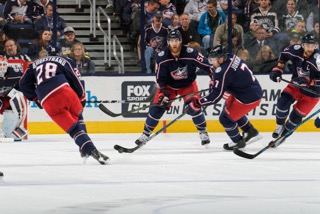 Survey shows Central Ohioans in agreement with the COVID-19 response

With some teams telling players to report for workouts on May 15, the future of the current NHL season is still anything but certain. For now, it seems hockey commissioner Gary Bettman is eyeing a a plan to finish out regular season play by centralizing games at four locations. According to a report from the New York Post, Columbus and the facilities at Nationwide Arena are among the frontrunners being considered to host one of these proposed “quadrants,” should the NHL resume play this summer.

While it’s still way, way too early to say whether or not this plan will move forward, it’s encouraging nonetheless to see Columbus recognized as a frontrunner for the return of national televised sports. Just don’t count on sitting in the stands with 80k of your fellow fans anytime soon.