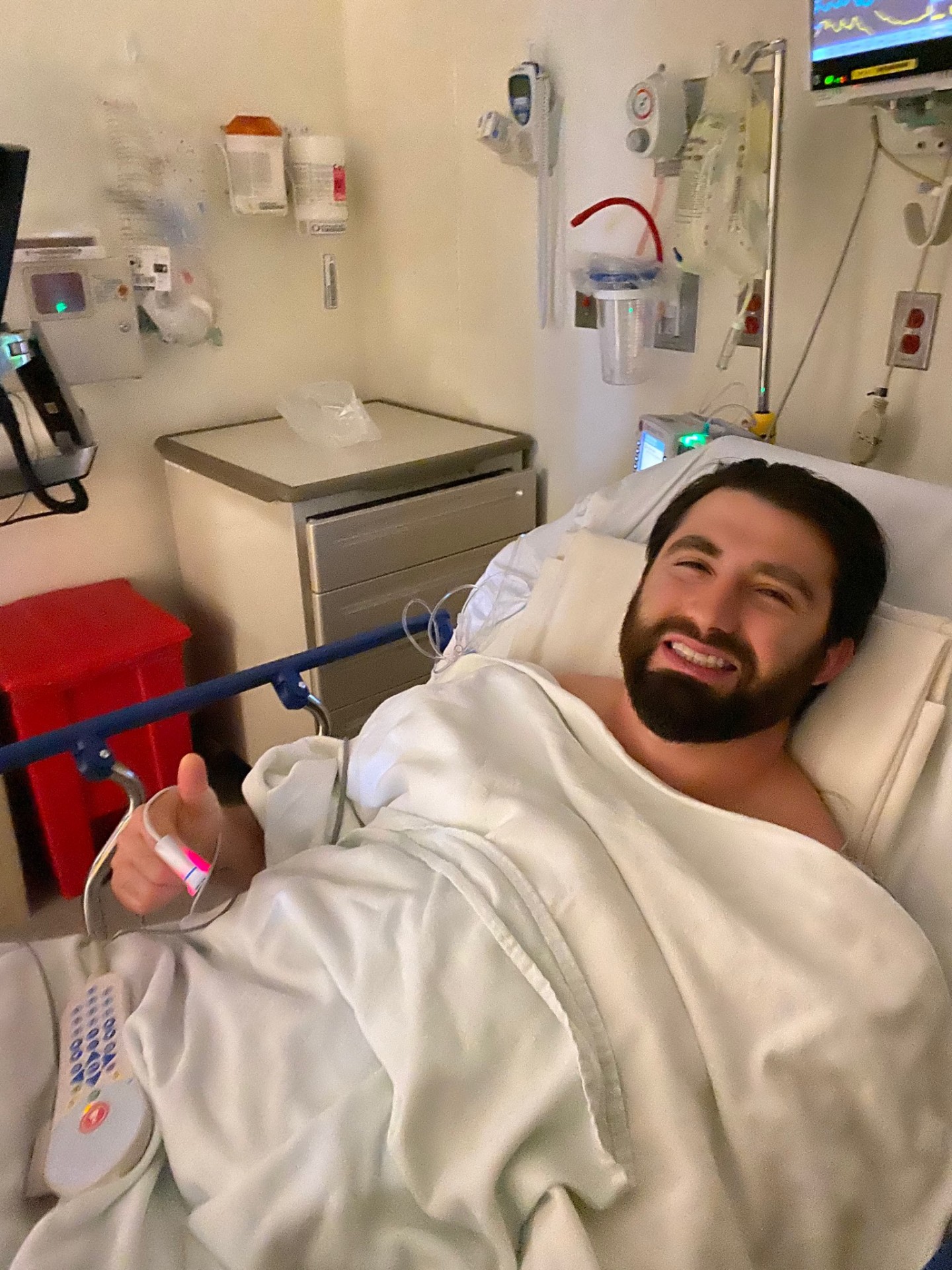 We could all use a story like this to warm our hearts after the tumultuous past few months. Even though the news cycle has been plagued with COVID-19 and protest-related content, we still need to take time to honor heroes in the midst of this crisis-laden year.

A Columbus resident and former Ohio University linebacker is one of those heroes that we should be giving our full kudos at this time.

In 2014, one of Grillot’s student coaches–who had leukemia–stressed the life-saving importance of joining a bone marrow and stem cell registry. So Grillot signed up on campus for the Gift of Life Marrow Registry–a nonprofit organization dedicated to saving lives by facilitating bone marrow and blood stem cell transplants for patients with leukemia, lymphoma, and other blood-related diseases. They swabbed his cheek for a possible future match and then Grillot went about his life.

“Every day, patients battling leukemia, lymphoma, and other blood-related diseases count on Gift of Life Marrow Registry to ensure they get the bone marrow and blood stem cell transplants at a time when every minute matters,” said Amy Glanzman, project manager at Gift of Life Marrow Registry. “While the coronavirus crisis has shaken every aspect of health care, we have been working to meet the challenges.”

Six years later, after Grillot had largely forgotten about his donation back in 2014, the Gift of Life reached out to him about a possible match: An 11-year-old boy battling Myelodysplastic Disorder, a disease that can occur when the blood-forming cells in the bone marrow become abnormal, needed his help.

“What made it all come together was making some calls to Gift of Life and actually reaching out to the James Cancer Center here in Columbus and getting set up to where I donate here,” Grillot said.

At first, Grillot was nervous about going through the process in the middle of a pandemic; but, ultimately, he wanted to keep the promise he made when he initially took that cheek swab.

“Essentially, what’s happening is the recipient, they’re going to be walking around with your DNA after your bone marrow is given to them. When that marrow becomes theirs, they share your DNA, they share your immune system (for the rest of their life).”

HIPPA privacy laws prevent Grillot from meeting with his donor for at least one year, but it’s something that the former football player is already looking forward to. So far Grillot is one of three swabbers at Ohio University to have saved someone’s life.

“I think that it’s getting really good exposure and the whole cause is a bit of an awesome thing because you really are saving someone’s life even though you don’t know who they are,” Grillot said. “It’s no different than if someone in your family was in this situation.”