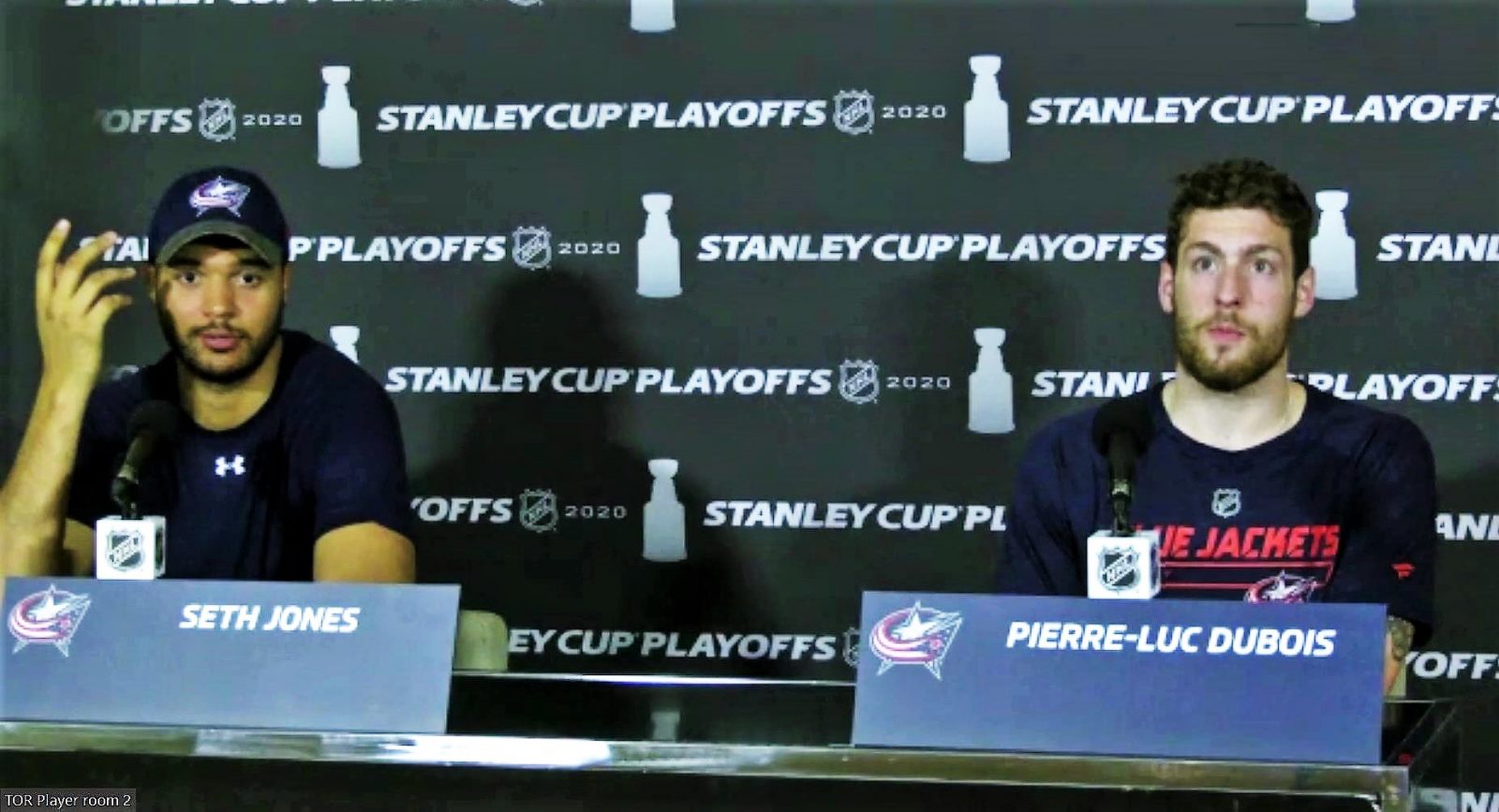 It was the longest game in Blue Jackets franchise history and the fourth longest in NHL history. It went so long, the game set to start after it was rescheduled for another evening. And at the end of it, the Blue Jackets came up short 3-2 to the Lightning.

It was the third time this postseason that the Blue Jackets went to overtime, but none of their previous OT battles was like Game One of the Eastern Conference Quarterfinals.

Brayden Point scored with 9:33 remaining in the fifth extra session to give Tampa Bay a 1-0 series lead.

Columbus took the lead twice in regulation, but Tampa Bay battled back each time.

Pierre-Luc Dubois, who now has six points over the course of his last four postseason games, opened the scoring and ended the Blue Jackets 0/14 power play drought just 2:39 into the contest.

He would also record an assist on Oliver Bjorkstrand’s second-period goal.

Tampa Bay’s Yanni Gourde put the puck in the net 23 seconds into the third, but after that, the scoring dried up until Point’s game-winner.

Columbus forward Cam Atkinson did have a prime short-handed chance in the fifth overtime but was hauled down by Victor Hedman, much to the consternation of head coach John Tortorella, who opened his press conference announcing he wouldn’t be taking any questions on it.

Defenseman Seth Jones was more direct about it.

“I would like them to come up here and give an explanation,” he said.

In the last 17 meetings between these two teams, the winner has scored three or more goals 15 times. That turned out to be the magic number again Tuesday afternoon.

The next time these clubs collide is Thursday at 3 p.m.