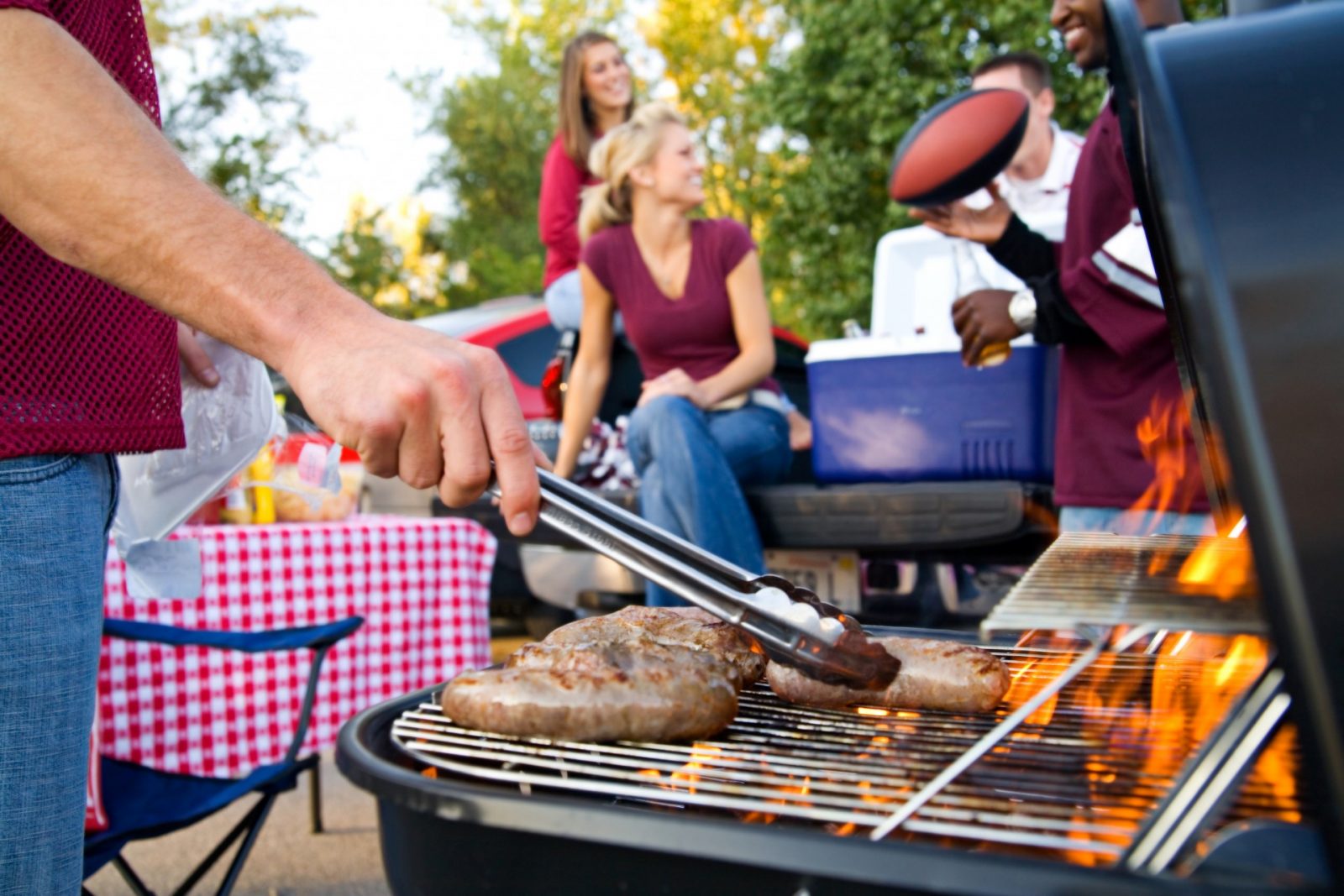 Parachute People find a way to bring joy during pandemic

The best foods for football or the Columbus Crew

There’s an irreplaceable magic that comes along with Columbus gameday Saturdays in the Fall. The city, awash in scarlet and gray, is electric; students and alumni and strangers mingle in the sardine-packed sidewalks and lawns of campus home to watch the Buckeyes play.

And the suddenly alive parking lot of Ohio Stadium becomes home to one of the greatest compliments to American sporting events, evident by a single whiff of the air: tailgating.

While this year will look different, and your tailgating group may go from 50 to 10, there are still games to be played and beers to be drunk with those closest to you—and in your pod of COVID-friendly people. On that note, (614) sat down with a slate of die-hard Columbus tailgaters to figure out a handful of unique and exciting tailgate dishes to try this Fall.

Anyone who’s stepped foot in central Ohio for more than about an hour has probably learned that Columbus is the birthplace and current headquarters of White Castle hamburgers. The slider, as its known, is one of the more pleasing fast food items, but you can go ahead and

For Renee Conner, tailgating before Buckeyes games was always part of Saturdays in the Fall. After her son Nick Conner joined the Buckeyes roster in 2015 as a promising four-star linebacker prospect, it kicked things into a whole new gear.

“We’ve been tailgating for the last 15 years; in 2015 my son became a Buckeye, and that’s when it became more than just tailgating,” she said.

And the proud Buckeye parent’s favorite tailgating food? You guessed it. Sliders. “It was my favorite food hands down,” Conner said.

And while some simply purchase the burgers from the restaurant, the distinct miniature patties can also be made in a tailgate setting.

To achieve their signature thinness, you’ll want to roll out ground beef until it’s roughly ¼ Inch thick, and slice patties off this, but not before poking 4-5 small holes in each burger. This allows steam to escape without swelling the burgers.

As far as the onions go, run white onion pieces through a food processor, and proceed to cook these in a skillet with beef bouillon to achieve savory, aromatic perfection.

Tailgate Hibachi. You read it right.

And while Columbus lives and dies by the Buckeyes, don’t for a second think they’re the other team to get in on the tailgating love. In recent years, soccer has enjoyed a meteoric rise in popularity in the states, and Columbus—with the Crew—is not different.

One of the great things about the sport is its worldliness: it’s the most popular game throughout the world, and a connection to soccer at the professional level offers a unique but undeniable connection to a host of far-flung countries.

And it shows in the pregame food.

You can find Kelly Foust and husband David—in any normal year—parked outside of Mapfre Stadium on the city’s North side, before every one of the team’s home games. The Fousts are members of the Nordecke, the name given to the team’s fan base that leads the crowd in chants and decorates the stadium with painted banners.

“Our favorite aspect of tailgating is that it feels like a family reunion. In a world full of busy schedules, it’s a set 17 days where we know that we will see some of our closest friends,” she said.

And the Fousts’ favorite tailgate food from their time with the Nordecke is none other than mobile Hibachi.

Portable hibachi grills are widely available on the Internet, and the best way to impress 100 of your closest face-painted friends is with an onion volcano on the grill (which Foust claims is always a hit).

Remember, when cooking with Hibachi, a large amount of flavoring is contributed through the oils used. Try sesame oil to give your food a flavor kick.

A great—and portable—gameday recipe to try out is the perennially favorited chicken skewers. Combine your favorite veggies with soy-marinated chicken on the grill, and serve on skewers.

One of the great things about Buckeye tailgates is the tradition (and of course the delicious recipes) passed down to younger fans.

Jeff Nygren is testament to this.

Since he was an OSU student in the mid-2000s, Jeff has been attending the tailgate with longtime friend Leanna Poirier. Her parents, Tony and Lori Lacovetta have established one of the longer-running tailgate parties outside of Ohio Stadium, a tradition that has held strong for nearly 40 years.

“It started around 1980 right when Tony and Lori finished college, and has been next to or right around the French Field House every year since,” Nygren said, who noted locations have changed slightly throughout the years due to construction and other factors. The party usually reaches between 50-100 participants depending on the popularity of each game

While Tony tragically passed away last Summer, the group strives to maintain his traditions moving forward. “He was the glue that held everyone together, it was and still is Tony’s Tailgate. The rest of us have kept his legacy and tradition going on,” Nygren said.

And one of his favorite recipes out of Tony’s Tailgate are the formidable Sassy Sandwiches, a cheesy ham sandwich bursting with flavor that was always a crowd-pleaser.

To make this one, you’ll add a layer of ham, a slice of Swiss cheese, and another ham layer onto sweet Hawaiian rolls. It’s better to prepare this in halves and assembling later, as it makes heating and sauce application much easier.

For the sandwich’s signature sauce, combine ½ stick melted butter, 1 tablespoon Dijon mustard, 2 teaspoons Worcestershire Sauce, and 1 tablespoon poppy seeds together.  This will be poured over the tops and bottoms of the Hawaiian rolls before the sandwiches are heated until warm, melty, and absolutely flavorful.