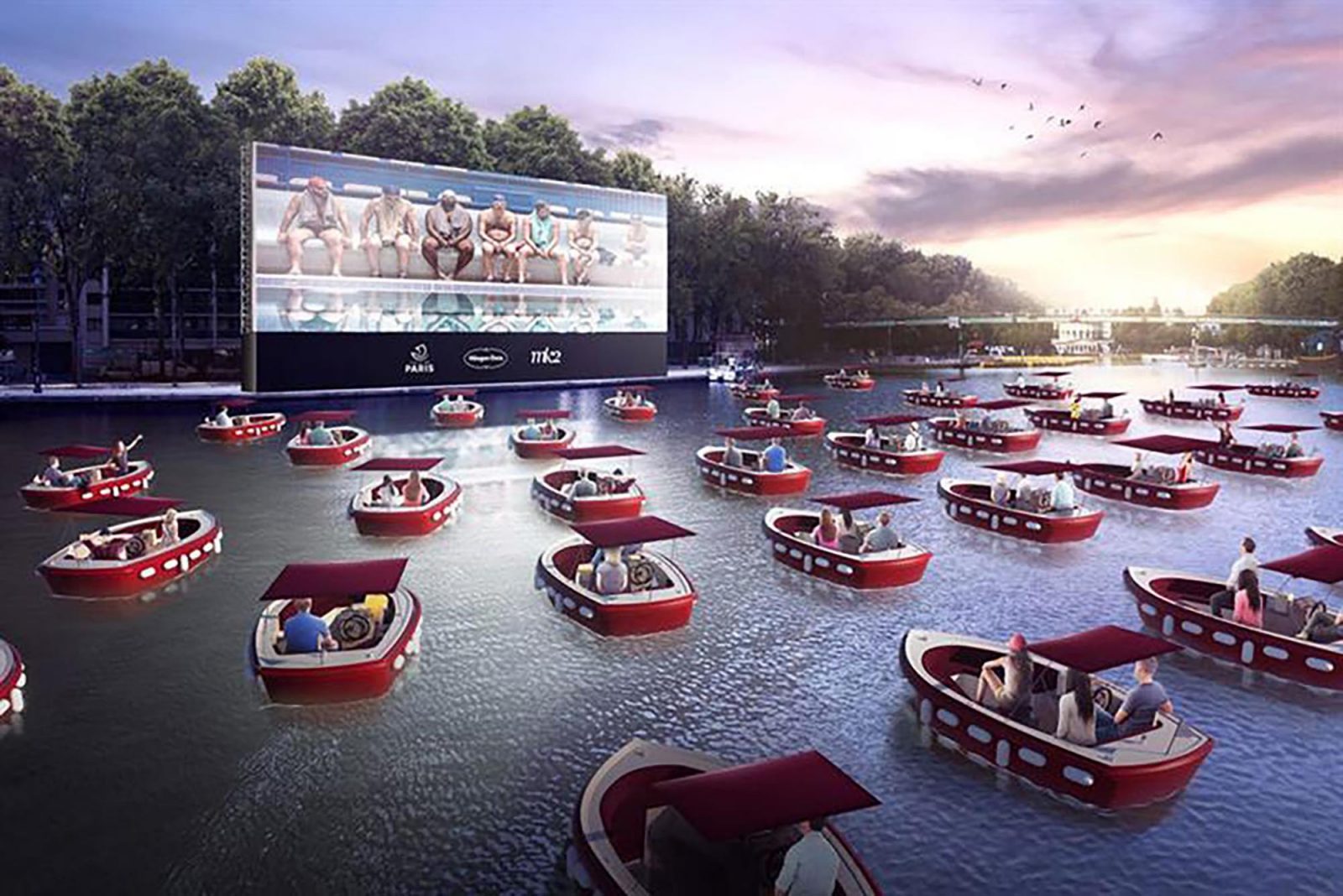 Editors’ update: After reaching out to the company reserving spots for the Floating Boat Cinema, (614) received nothing in response. With no confirmation of this event from the organizers, it’s been brought to our attention that this event may not be real. However, you can still read about an imagining of what movies could be shown at the Floating Boat Cinema below. The Beyond Cinema event, though, may be a scam intended to get your email address. You can read more here.

We may be in this COVID boat for a while, so entertainment companies have been getting creative in trying to bring us fun while keeping socially distant.

Beyond Cinema, an Australian production company, is said to be bringing Floating Boat Cinema to 13 U.S. and three Canadian cities this fall. Places like Austin, Miami, Chicago, Cleveland, Cincinnati, and, YES, Columbus as well.

Although the location for the aquatic venue hasn’t been released yet and the details around the event seem sketchy, the dates for the floating cinema are supposed to be between Sept. 23 and 27. Twelve to 24 mini-boats will make up the TBA venue, each holding up to eight people.

A (614) staffer’s memory of Jaws involves their grandparents making their mom and aunt watch the movie right before going to a Florida beach. They didn’t end up stepping a foot in the water. This was either a really smart ploy to get their mom and aunt to not play in the ocean or just really bad timing.

Regardless, what are the chances we see someone with a cruel sense of humor swimming around the venue with a shark fin on their head? Probably pretty high.

One of the newer animated movies that involve water and a boat, you can bring the whole family along for a much-needed socially-distant entertainment evening.

Classic crime drama starring Marlon Brando that definitely falls under that “golden oldies” category. If you liked the pacing of recent crime dramas like The Irishman but it was just too long for your liking, On the Waterfront would definitely be more your cup of tea.

This movie actually exists. Robert Redford. On a boat. By himself. Lost at sea. No other characters. Cinematic gold.

If All Is Lost wasn’t going to get you lost enough in your head, just try on a Wes Anderson movie for size. Wes Anderson movies have a tendency of going whoosh right over an audience’s head, but it’s an amazing ensemble cast about a journeyed, eccentric oceanographer played by Bill Murray and cutting-edge cinematography. Fun and quirky.