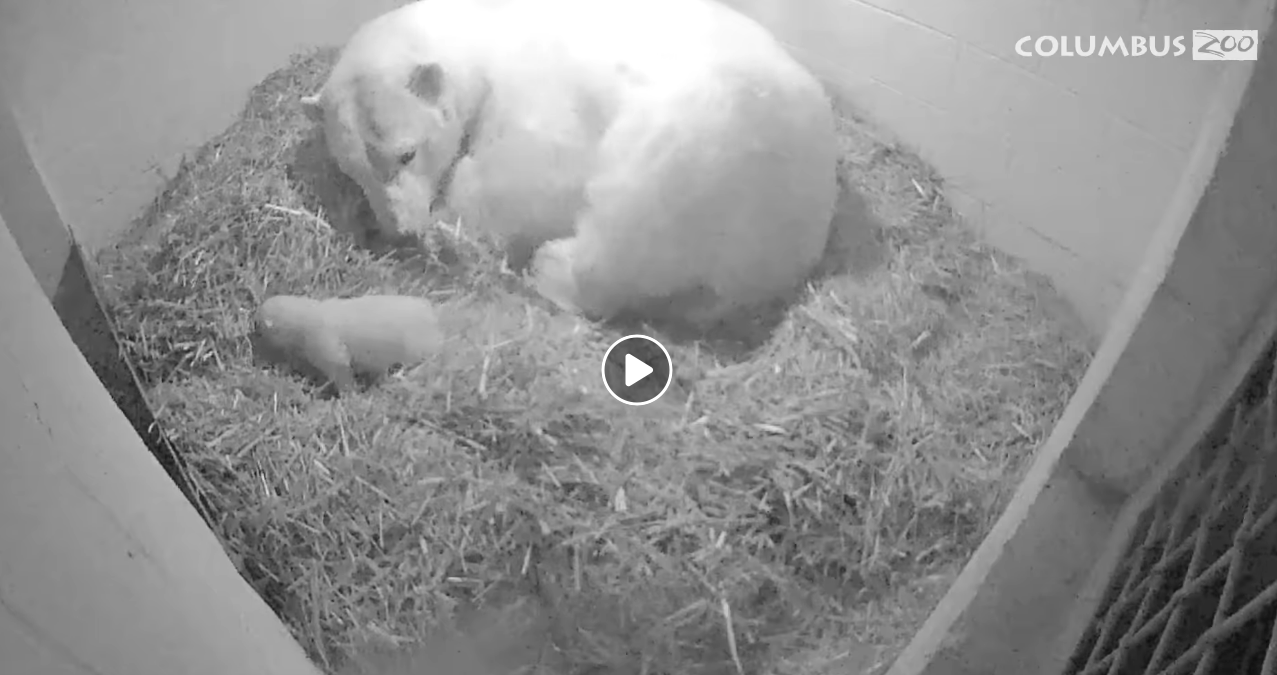 At only 8 weeks old, the new polar bear at the Columbus Zoo has already stolen the hearts of animal lovers far and wide. Now, we’ve got even more news you can “Oh!” and “Aw!” over.

“I am very confident in telling you that we have…a little boy!” said Shriver excitedly.”

The zookeepers shared some additional tidbits regarding the bear’s development, including him fully opening his eyes.

“It’s getting to the cutest stage right now,” said Shriver.

The cub’s growing strength is demonstrated through his new ability to nurse from his mother, Aurora, while she sits. He also has become much more playful with her in the past few weeks.