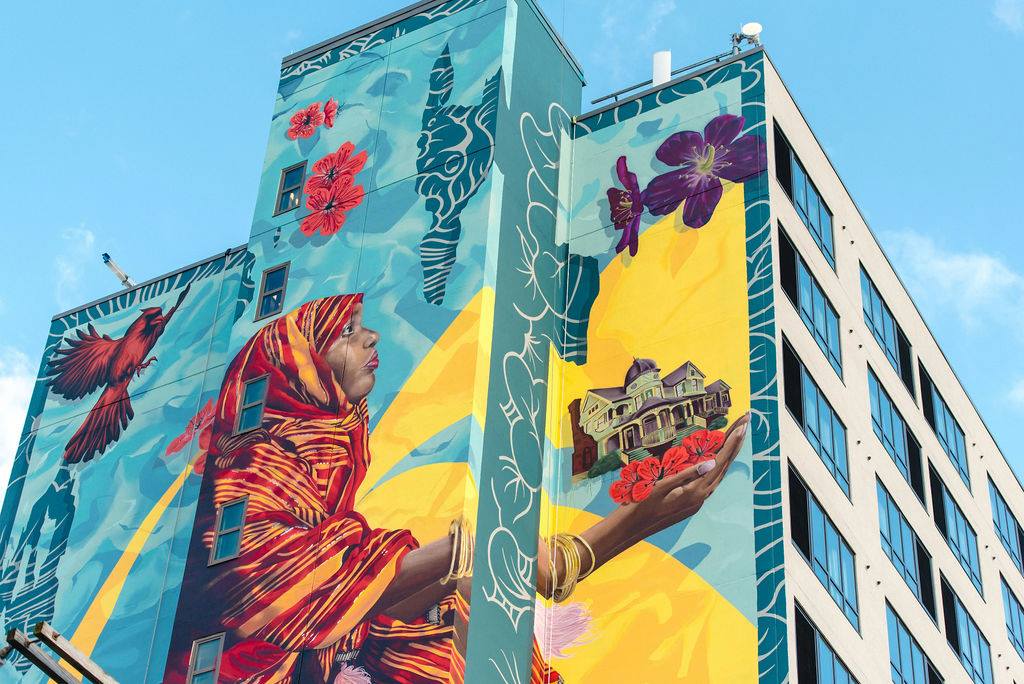 At a glance, “The Journey AR Mural” adorning the Graduate Columbus hotel in Short North is stunning. Look a little harder, and it actually comes to life.

Standing at over 107 feet tall and over 11,000 square feet of augmented reality, “The Journey AR Mural,” is the world’s largest AR mural, offering technology that superimposes a computer-generated image on a user’s view of the real world, thus providing a composite view.

Los Angeles-based artists Ryan Sarfati and Eric Skotnes (going by “Yanoe” and “Zoueh,” respectively) are the creatives behind the project.