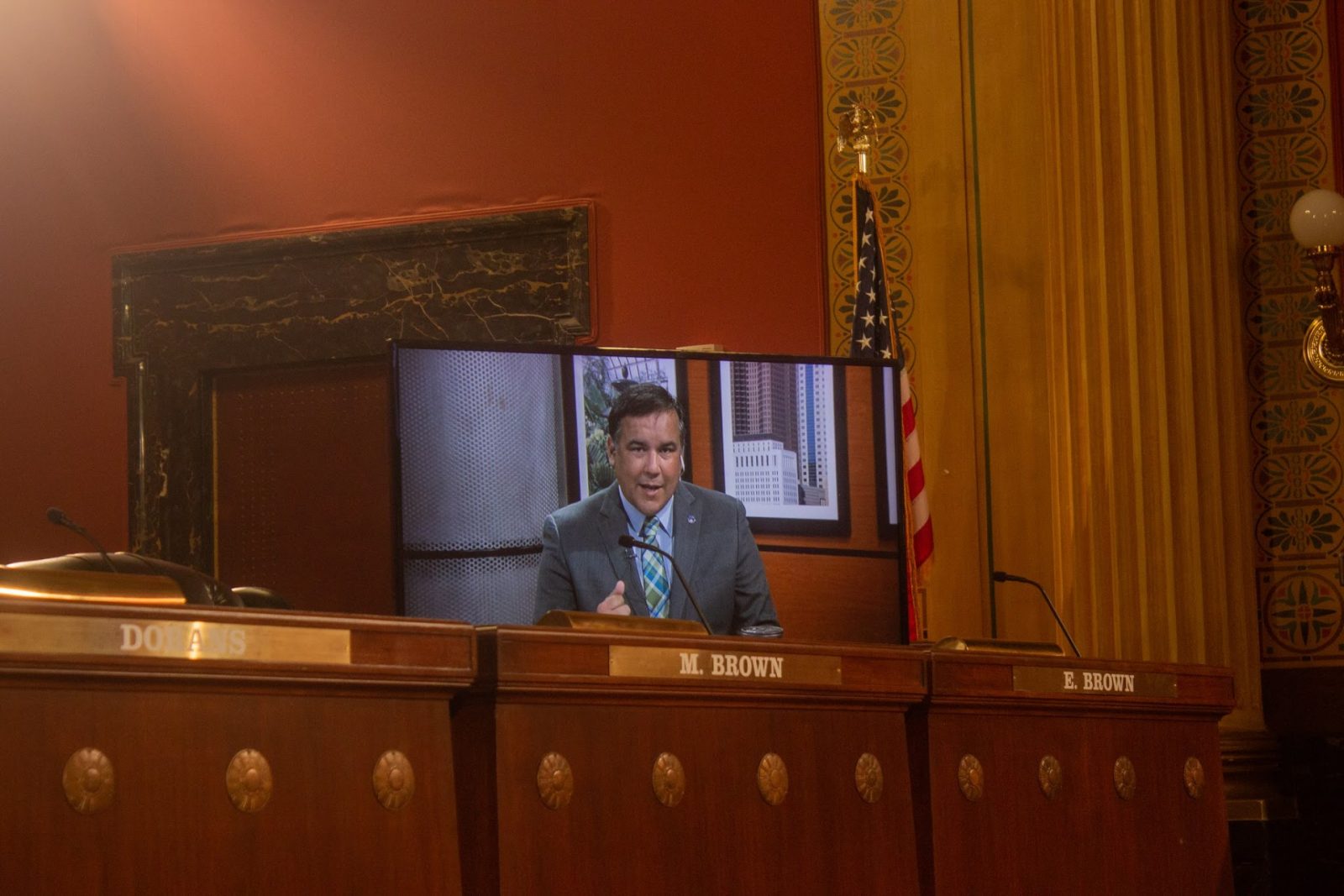 Update: Columbus City Council voted on and passed legislation that requires all Columbus bars, restaurants, and nightclubs to close at 10 p.m.

Over the weekend, Columbus was placed on a list of 11 cities urged by the White House to “take aggressive steps to combat the spread of COVID-19.” Cleveland was included on the list as well.

“Our collective efforts have not been enough to stop the spread of this highly infectious disease,” Dr. Roberts said.

A press release on Friday originally announced that Mayor Ginther and Dr. Roberts asked Columbus City Council to approve legislation that would order bars, nightclubs, and restaurants in Columbus to close every evening at 11 p.m. starting Tuesday. Ginther said the legislation is necessary due to “clear evidence of community spread–especially indoors in places where groups are gathering” and “among younger people.”

When asked about the new evidence on Monday, Dr. Roberts cited an incident at a central Ohio bar in which it was found through contract tracing that 13 individuals got sick from a gathering at the bar. Dr. Roberts also mentioned that since June 1, when lockdown restrictions were lifted, there was a 220% increase in the number of cases from then until mid-July. The highest number of cases has been of those between the ages of 20 and 29 with noncompliance data supporting unsanitary behaviors past 10 p.m.

On Monday, Mayor Ginther made an amendment to the original legislation, which heads to Council for a vote tonight, moving the bar and restaurant closure time to 10 p.m. because of those assumed increased infection rates, citing that limiting operating hours are “–things that are under our control.” Mayor Ginther said that completely closing down bars and restaurants again “was too far.”

During the same time cited by Dr. Roberts, there was also an increase in testing and the availability of testing, part of which can account for in the rise of positive tests. According to data from the Ohio COVID-19 information website, there were 9,740 tests performed on June 1 compared to 23,123 tests on July 24, the most recent day of available data.

The new legislation will be enforced. The Columbus Public Health Department will issue citations; violators would receive a warning upon first violation, $500 fine upon second, and $1,000 for every subsequent fine. Repeat violations could even lead to permanent closure. The order will not limit the capacity of bars and restaurants.

(614) reached out to John Barker, Ohio Restuarant CEO and president, who was unavailable for comment at time of publication.

In response to questions regarding the alleged disparity in patio expansions in Franklin County, Mayor Ginther said that the goal is to reduce the size of groups inside and outside. Dr. Roberts suggested to continue to limit gatherings to 10 people or less and to continue to wear face masks in those situations.

Columbus residents will still be able to go through drive-through, order to-go, and have food delivered after 10 p.m. for places that regularly operate past those hours.