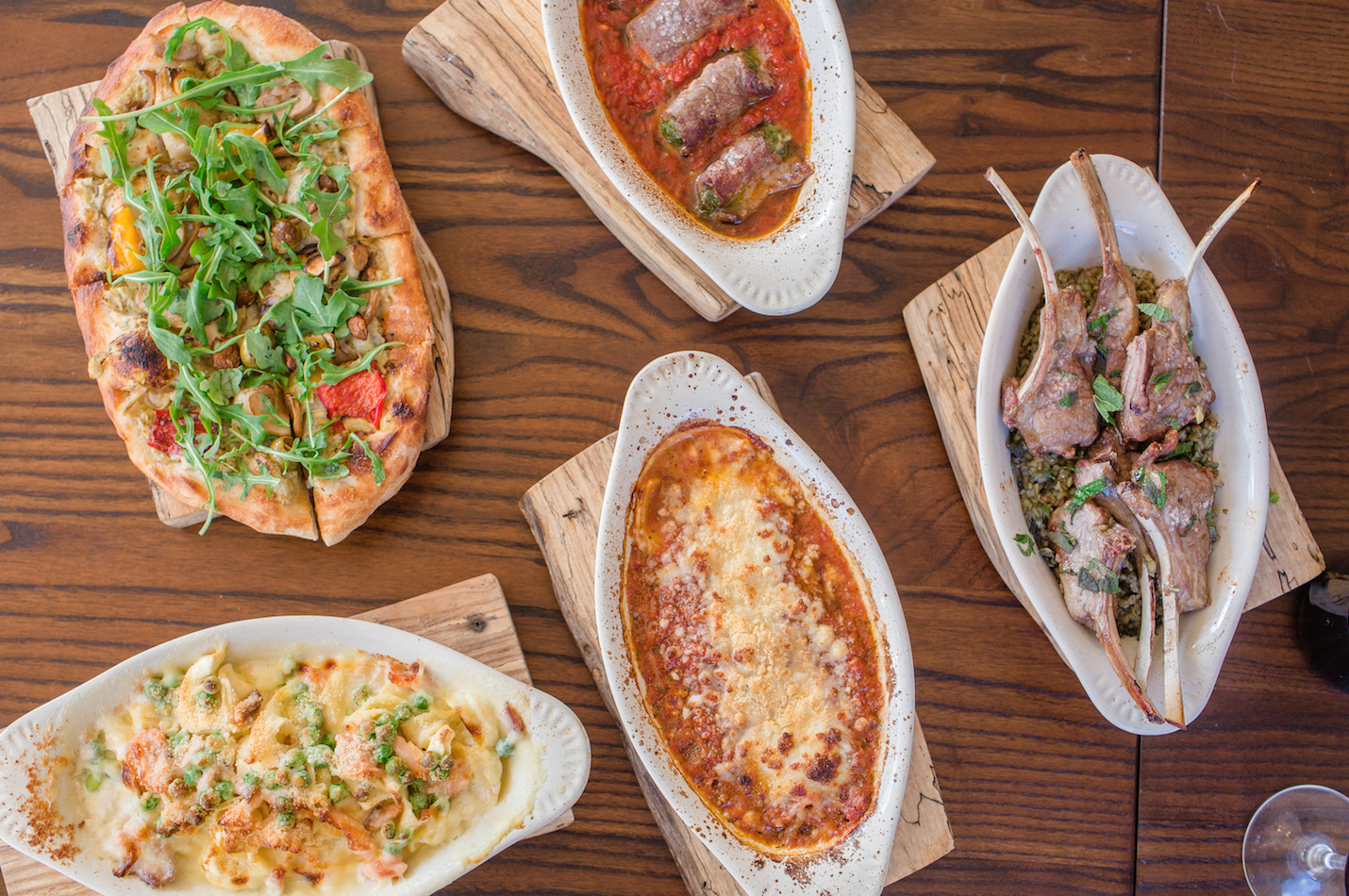 In the conversation around modern dining, there are certain descriptors that have taken on less than positive connotations. These inherently harmless words became objects of mockery due to overuse, thanks in part to concepts that probably had no business applying them in the first place. In particular, the word “fusion” seems to have worn out its welcome.

The much-maligned “F” word notwithstanding, the crossover success of Lebanese-meets-Italian on display at Bistrolino Old World Kitchen and Bar is not just an attempt at novelty, but is backed by the rich historical similarities common to the two cultures. Take it from the Romans and Ottomans: as unique as a civilization may be, you don’t spend so much time in close proximity without a few things rubbing off.

Like the traditions from which they hail, Bistrolino owners Sam Chedid and Francesco Todisco found common ground in their love of food. A native of Southern Italy, Todisco started making pizzas at age 13. His 24-year career in cooking took him to numerous kitchens in New York City, and later, to work as a chef in his wife’s native Columbus. Chedid began his career as a civil engineer, but never fully connected with work in that field. Dreaming of opening his own restaurant, he took a job with Aladdin’s Eatery to learn the ins and outs of the industry. It was here that the two connected, and began collaborating on the concept that would become Bistrolino.

“I always told him we would open a restaurant together and he’d laugh it off,” Chedid says with a laugh of his own. “Over our time getting to know each other, we realized how similar our foods were ingredients-wise, and decided to put them together.”

Looking at the common elements between the two food cultures served as a starting point for Bistrolino’s menu. There is much that the two culinary traditions share outright, and other areas where commonalities allow for creative synthesis of complementary flavors from each culture.

With their plan of action decided, the duo already had a destination in mind for their new venture: Columbus’ historic German Village. “The neighborhood has been fantastic. We always knew we wanted to be here,” Chedid said. “The old architecture and little streets remind us of home.”

And the food at Bistrolino seems to have reminded others of their home, as well. Since opening in late December 2019, the restaurant has already attracted clientele from far and wide—including members of the local Lebanese and Italian communities in search of familiar flavors that are hard to find in Central Ohio.

“I wanted to introduce people to more Lebanese food that you don’t see unless you go to Lebanon,” Chedid says of Bistrolino’s offerings. “We love hummus, we love tabbouleh, but we’re just trying to stay away from that, because that’s what you find everywhere commercially.”

If off-the-beaten-path Lebanese food is decidedly less familiar to the American palate, Bistrolino’s fusion of Italian favorites offers a gateway to new experiences. Whatever level of familiarity one approaches the menu with, the dedication to quality and freshness on display in the kitchen is sure to win fans.

“If I can tell you anything about the food that we make, it’s that it’s all about simplicity and very high-quality ingredients,” says Todisco. “The culture where we come from, sitting down at the dinner table is not just to feed ourselves. It’s to come together and have a good time. All of our dishes are made having in mind that usually when people come together, they are sharing.”

The shareable menu concept is well-expressed through a variety of familiar Mediterranean favorites, from flatbreads (each available as an open-faced Italian Puccia or the more sandwich-like Lebanese Mankoushe) to charcuterie. A selection of terrine, single-serve roasted dishes served right in the cooking vessel, present some of the restaurant’s more decadent offerings. Whether it’s the made-to-order lasagna, lamb chops, or a brasciola (the menu’s most expensive item at a more-than-reasonable $20) comprised of thinly-sliced, cream- of-basil-stuffed NY strip—the entire menu offers an incredible value for fresh, scratch-made fare.

From a Lebanese salad called Fattoush to frittatas and much more, vegetarian options at Bistrolino are abundant, as are unique wine selections. The house wine from the Massaya Vineyards label of Lebanon offers a taste of a country that is considered a hidden gem among wine producers.

Whatever the mood calls for, diners would do well to arrive early to secure their preferred dish. The confines of the small kitchen’s limited storage space and Todisco’s commitment to using the freshest possible ingredients sometimes means that items will run out.

“I feel sorry when I have to tell people we are out of something, but there is nothing I can do,” he explains. “This is the only way to keep everything super fresh.”

Food so good it sells out? Maybe fusion isn’t such a bad concept after all.