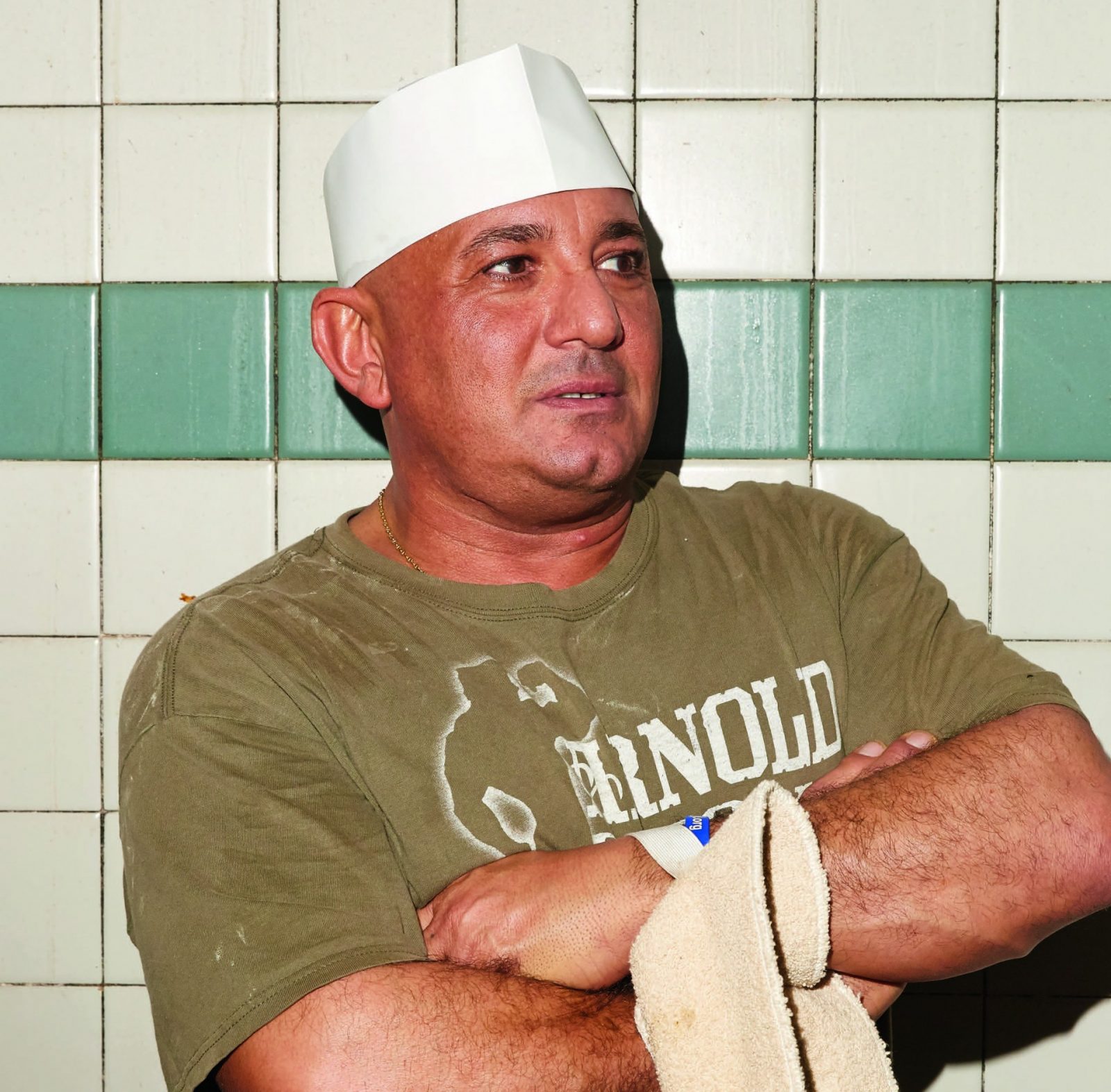 It’s 6 p.m. and Rosario “Roy” Auddino is starting his work day. He says he’ll cut himself off of coffee before 9 p.m., but he’ll switch to Cokes as an alternative. He buzzes around the industrial bakery shouting questions and commands to a crew as they battle against time. It’s the ultimate form of time efficiency; not a step is wasted and there’s not a minute to sit around. When it comes to making money while the sun is still out, it requires burning the midnight oil. He has to be finished before the next crew comes in for cleaning, packaging, and all the rest, but this is nothing new for Roy. He’s been training for this since he was born.

Roy is the current co-owner of Auddino’s Italian Bakery, a longstanding establishment in Columbus that has surely had its bread or pizza crusts make their way onto your plate. Alongside him in ownership are his two brothers Dante and Marco. If you’ve ever dined at J. Alexander’s, had a sub from Massey’s, or shared a Buckeye Box from Adriatico’s, you’ve had one of Auddino’s famous recipes. And when it comes to Auddino’s history, all roads lead back to family.

It started with Roy’s parents, Michael and Rosa Auddino. The two grew up in the same town in Italy as friends. And their road to America was full of challenges.

“[My dad’s] first pair of shoes came when he was seven years old,” Roy recalled. “My mom’s family immigrated with her brothers and sisters to Ellis Island, the last of those days, in the early ’60s. They were quarantined and separated from [each other] for 14 days. It was devastating for her.”

Michael’s arrival in America took a different route. After growing up in Italy, he moved to Germany where he worked odd jobs to make ends meet. Eventually, these endeavors led him to the bakery where he would learn to become a full-time baker. He decided to make another move; this time across the pond from Germany to Toronto. Interestingly enough, this move to Canada also reignited his connections to his future wife’s family, who was residing in Columbus.

“It led into courtship, her and him got married, and then he moved from Canada to here working odd end jobs,” Roy explained. “They used to go to Linden Community Bakery in 1965. That was their date. My dad would come down to visit and the two would go there.”

Little did they know, the Linden Community Bakery would lead to a career. The owner of bakery told the couple that he would be closing down shop in the near future due to kidney problems, and offered it up to them. Michael was an experienced baker, but there were concerns.

“My dad didn’t have the money,” Roy said. “So my mom was [working] at Lazarus, got a loan for $500, and bought Linden Community Bakery for my dad.”

Ever since that fateful day, it’s been a complete and total family affair.

Roy recalls seeing photos of himself as young as two days old, where his mom is breastfeeding him in one arm, and rolling out loaves of bread with the other. By the time Roy was six, he would be working alongside his relatives on the daily tasks. And by the time he had hit the ripe age of 10, Roy was working delivery routes and even driving the truck at times. He even met his eventual wife, Taura, through Auddino’s connections with other local businesses. It didn’t take long before he knew he was going to be the eventual successor of the bakery.

“I knew in my early 20s that my brother and I were probably going to be the next generation owners. You just kind of get that gut feeling,” Roy said. “It’s not something you think or plan ahead for. It just happens and you grow into it.”

Now the process for baking and delivering bread is on an industrial level. Auddino’s houses eight massive ovens which can hold large racks of unbaked bread. This process works like a well-oiled machine. As one rack of bread is finishing in the oven, a properly proofed rack is pulled out in preparation, and an unrised rack of bread is placed into the 120 degree warmer to encourage leavening. Each finished rack is taken to its designated spot awaiting the 5 a.m. crew to arrive and bag them. Roy stays on top of all of this. He knows exactly what to do in any baking crisis, exactly who and where each individual loaf is going, and inside secrets from popular restaurants on how they prepare Auddino’s products. Hell, he even knows how to operate a zamboni. When you’ve worked for a place for more than 50 years, you learn a thing or two, Roy joked.

Roy and Taura are parents of five children. If Roy’s childhood is any indicator of what his children’s lives would be like growing up, it should come as no surprise that they find ways to help out around the bakery. Two of his older sons, Michael and Antonio, are currently in college, which they were able to help finance by working at the bakery. They will also use what they are learning in college to take Auddino’s to the next level, which will focus more on marketing and expanding. If you’ve been waiting for a second location of Auddino’s, hold tight; Roy said it’s something they are planning for in the future.

The family involvement both transcends and continues through generations. Rosa is still no stranger around the retail shop, despite her age. Michael and Rosa have gone as far as planning separate vacations to ensure one is always near the bakery to lend a hand. Carley, Roy’s daughter, also works part-time on the retail side of the family business as she works her way through college. Taura’s family is, and has been, heavily involved; in its original iteration, her brothers helped deliver bread around town. Roy said these efforts are the reason Auddino’s has been able to stick around against corporate giants such as Wonder Bread.

“We’ve had companies lowball us. They’d go, ‘You sell it for $3.50 a dozen?’ Then they’d come in and sell it for $2.99 a dozen just to take the customer away,” Roy said. “And it has happened. It only lasts for so long; they come back for our product.”

Of course, working with family isn’t always sunshine and rainbows. As Roy put it, when you work with family, everyone is right. There’s also hardly a chance for call-o.s here. Everyone has a job to do, and it must be done or there’s a risk of bottlenecking the process. While tensions may flair and disagreements might arise, the common goal of protecting and growing Michael and Rosa’s bakery always outweighs the rest.

Roy emphasized the weight a second-generation owner carries, noting that many establishments fall through this transitional period. He’s making sure that’s not going to happen at Auddino’s. Whether it’s nurturing relationships as old as the bakery itself with local partners, expanding their services into different regions of Ohio, or planning for the future with his own children, it seems Auddino’s is here to stay for another generational go-around.

“I like to think of it as my mom and dad started the row boat, my brothers and I came around and put sails on it, and now we are going to give the next generation the boat to sail in it,” Roy said. “It’s going from hard labor to using the brain instead of hard labor with the wind, and then, all aboard.”