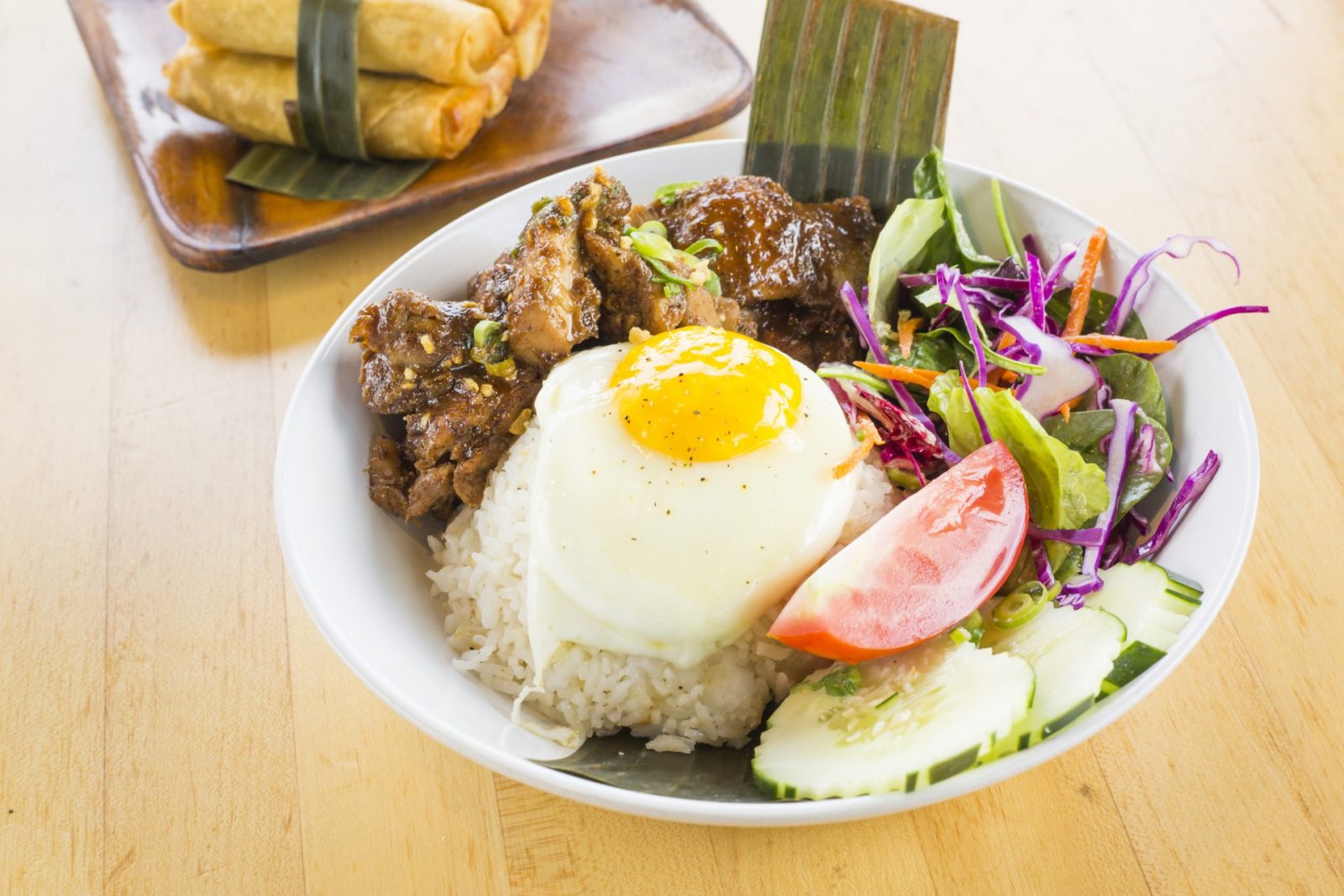 By the time November rolls around, you’re probably craving some of the escape or adventure that traveling offers. And after this insane year, it’s practically a moral imperative.

Unfortunately, right now it’s hard enough to travel to New York, let alone the Caribbean or Nepal. Lots of people have had to cancel dream trips to far-off places in 2020.

So while we can’t go on a safari in Nairobi or get chased by a pair of grizzlies in British Columbia, we can still get just a taste (pun intended) of other cultures right now–through food.

Get ready for a culinary vacation, because here are our picks for some of the best international spots in the city.

with cuisines that are strikingly popular in Ohio—Filipino food doesn’t share the same popularity. But we aim to change that, starting with Grandview’s Bonaficio.

If this is your first time trying Filipino food, you can expect an interesting combination of flavor profiles and cultural influences, according to Krizzia Yanga, who owns the restaurant along with her mother.

“The Philippines was a colony of Spain for 300 years, so the food has a lot of Spanish roots, and there are also influences from China and Indonesia with them being so close by. Even as a part of the US commonwealth, there are some influences from this as well,” Yanga said. “But sweet and savory with acidity, those are the main flavor combinations.”

Here’s the beach getaway you’ve been wanting as the temperature drops. The culinary one, I mean.

This Linden eatery has become increasingly popular in recent years following an appearance on the Food Network, but don’t think for a minute their success is superficial–it’s all about the food.

The restaurant’s namesake, Ena Hayles, moved with her husband and five children from Mendez, Saint Catherine, Jamaica to Columbus in 1982, and luckily for us, she brought her perfected iconic Jerk sauce recipe with her.

I don’t say “perfected” lightly; I mean it.

Spicy, tangy, and wildly aromatic, “Ms.Ena’s” delectable jerk sauce is most popular served over their grilled or BBQ chicken. Both of these meals alongside rice and beans plus one side (such as fried plantain, mac and cheese, and callaloo) will only set you back $10.95.

No list of international eateries in Columbus is complete without Momo Ghar, whose meteoric rise to popularity captured a litany of culinary awards and media appearances in just a few short years.

The restaurant first opened in 2016 in an almost comically small corner of Saraga International Grocery, one that owners Phuntso and Pramod Lama estimate to be roughly 200 square feet total. Yes, including the kitchen and dining area.

Despite its humble beginnings, Momo Ghar exploded out of the gate and has already expanded into a North Market stand as well as a stand-alone restaurant in Dublin that’s expected to open in the coming months.

Their namesake, momo, is a spiced dumpling that’s widely popular as a comfort food in Tibet and Nepal. And while momo had a niche presence in the US food scene before Momo Ghar, the sudden popularity of the dish among foodies is most likely due to the local and national attention lavished onto Momo Ghar.

Even though Mazah has the capacity to seat and serve a multitude of guests out of their Grandview restaurant, eating here always feels a bit like you’re dining in the home of a family friend.

There’s little doubt that this warm atmosphere comes in large part from head chef Maggie Ailabouni, who also owns the eatery with her family. “This is a family operation and we opened it in 2009 for one reason: to be able to cook, enjoy food, and enjoy the company of people,” she said.

A longtime restaurant worker, Ailabouni is a stickler for overseeing the creation of everything in Mazah, ensuring that quality and care goes into everything they put out. “Since I cook the whole menu, we make everything from scratch and we’re so proud of it. We mix our own spices, and make our own dough; our chickpeas all come from turkey; our tahini comes from Lebanon,” she said. “You’re getting  real food, not something that is tampered with.”

Make sure to try their chicken shawarma, featuring pan-seared chicken in a handmade blend of 12 spices alongside bell peppers and onions.

As Columbus boasts the second-highest Somali population of any U.S. city, it’s only natural that this carries over into its food scene. And we’re sure glad it does.

There’s now a multitude of Somali eateries in the city—with many of them clustered on the northeast side of the city—making it hard to choose just one, but if you start with Hoyo’s kitchen, you won’t be disappointed.

The food of Somalia blends a variety of cultural influences, including Middle Eastern, Indian, and even colonial Italian, and brothers Abdilahi and Mohamed Hassan aimed to capture this when they opened the spot in 2014. In fact, the Hassans opened the eatery with their mother—the word “hoyo” means “mother” in Somal—in an attempt to showcase her cooking.

Instead of a menu filled with preselected entrees, Hoyo’s Kitchen opts for the “build your own” approach, where diners construct a bowl (with a spicy base of basmati rice), wrap (on sabaayad, a Somali flatbread), or salad made up from your choice of proteins such as goat and beef or chicken suqaar (stir-fried and seasoned with a lively spice blend) and a selection of vegetable toppings.

Somali chai tea is available in addition to some mouth-watering sides, such as sambusa, a fried, triangular pastry similar to an Indian samosa stuffed with beef, chicken, or vegetables.