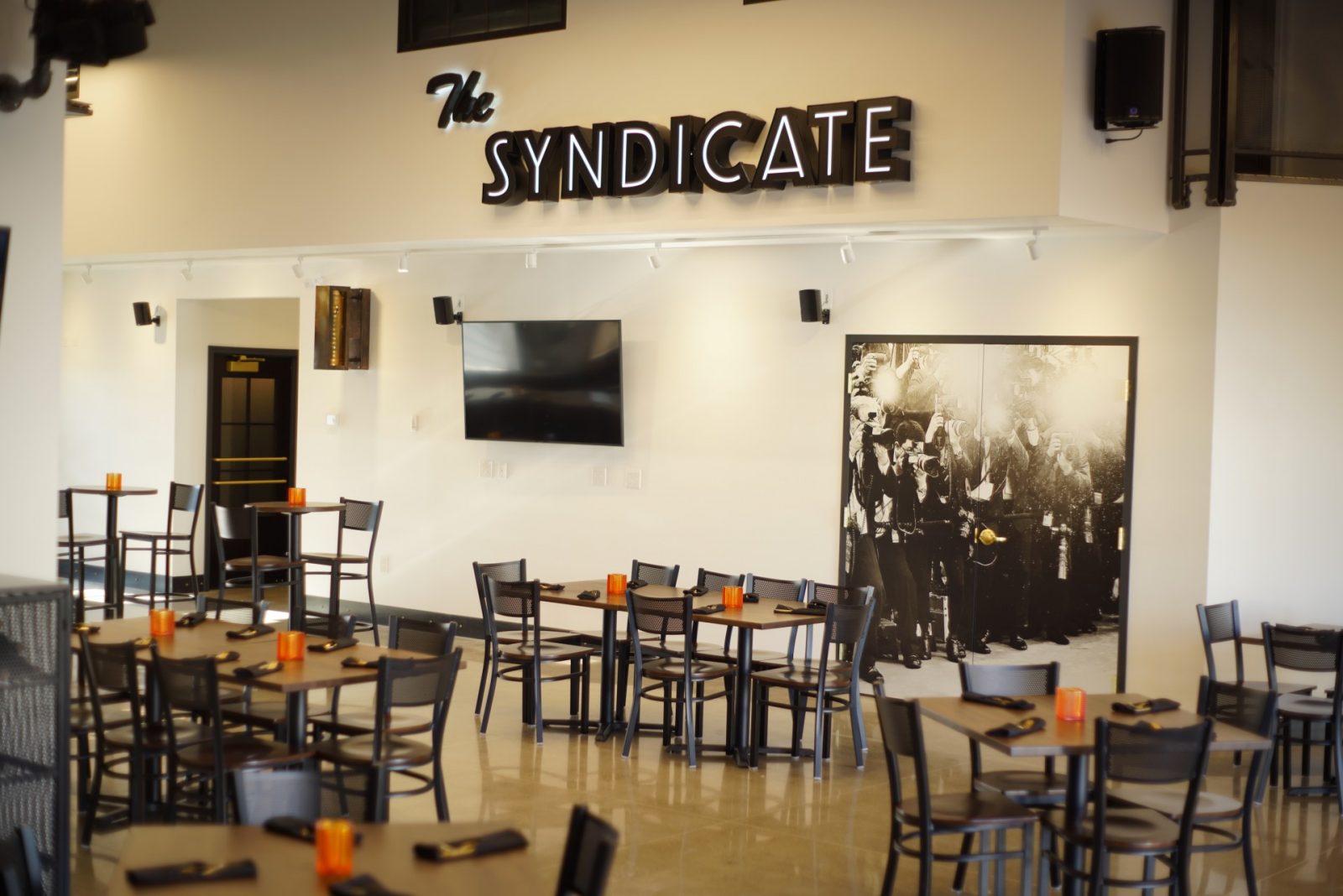 While it may not be a short stroll away on High Street, a new restaurant in Bellefontaine, Ohio, is trying to make the case that it’s worth a trip.

The Syndicate is a new upscale casual restaurant and event space opening Aug. 27 in the small city of Bellefontaine in Logan County. The establishment features a historical theme paying homage to print news, but it’s also making history itself as the first spot to offer brunch in the county, according to co-owner Adam Rammel.

Rammel is a member of Governor Mike DeWine’s restaurant task force, representing a rural and small town voice. He said rubbing elbows with Columbus restaurateurs has influenced his approach.

“I’ve met a lot of great people throughout that process since February or March, and it’s been great to be able to pick the brains of some of these restaurateurs that I’ve been looking up to and following for years,” said Rammel.

The establishment has been three years in the making, and until recently, Rammel said it was intended as an event center. A patio and beer garden lined with string lights should have been the venue for a wedding or concert, but with COVID-19, plans had to change. Now, it will offer a selection of high-end offerings for dinner five days a week, plus brunch on weekends. Rammel said that residents were disappointed during construction that the planned event center wouldn’t be open for regular dining, so if customers respond well to the restaurant model they might stick with it.

The new building shares a wall with another venture of Rammel’s, Brewfontaine–named the best beer bar in Ohio four years in a row by Craftbeer.com. With ever-increasing requests to rent out the bar, Rammel said it made sense to create an entirely new space dedicated to events and catering.

While Brewfontaine’s decor preserves the building’s roots as a deli, The Syndicate uses bits and pieces of Jackson’s News Stand, which operated on the property from 1946 to 1993 to inform its style, including the original news stand’s sign in the beer garden. Walls bedecked with old newspapers and a cocktail list featuring drinks such as The Times, The Tribune, and The Globe give the eatery a character that bridges the gap between the old and new in the quickly-developing city.

“People would come here for their Friday night football tickets, or their comics, or their candy and bubblegum. There’s just a crazy amount of stories,” he said. “It’s super cool, to tie in that local history, but really give everyone the amenities and the contemporary or new age design elements at the same time.”

The Syndicate will be open Wednesday through Friday from 4 p.m. to 9 p.m. and Saturday and Sunday from 10 a.m. to 9 p.m. Reservations can be made online here.