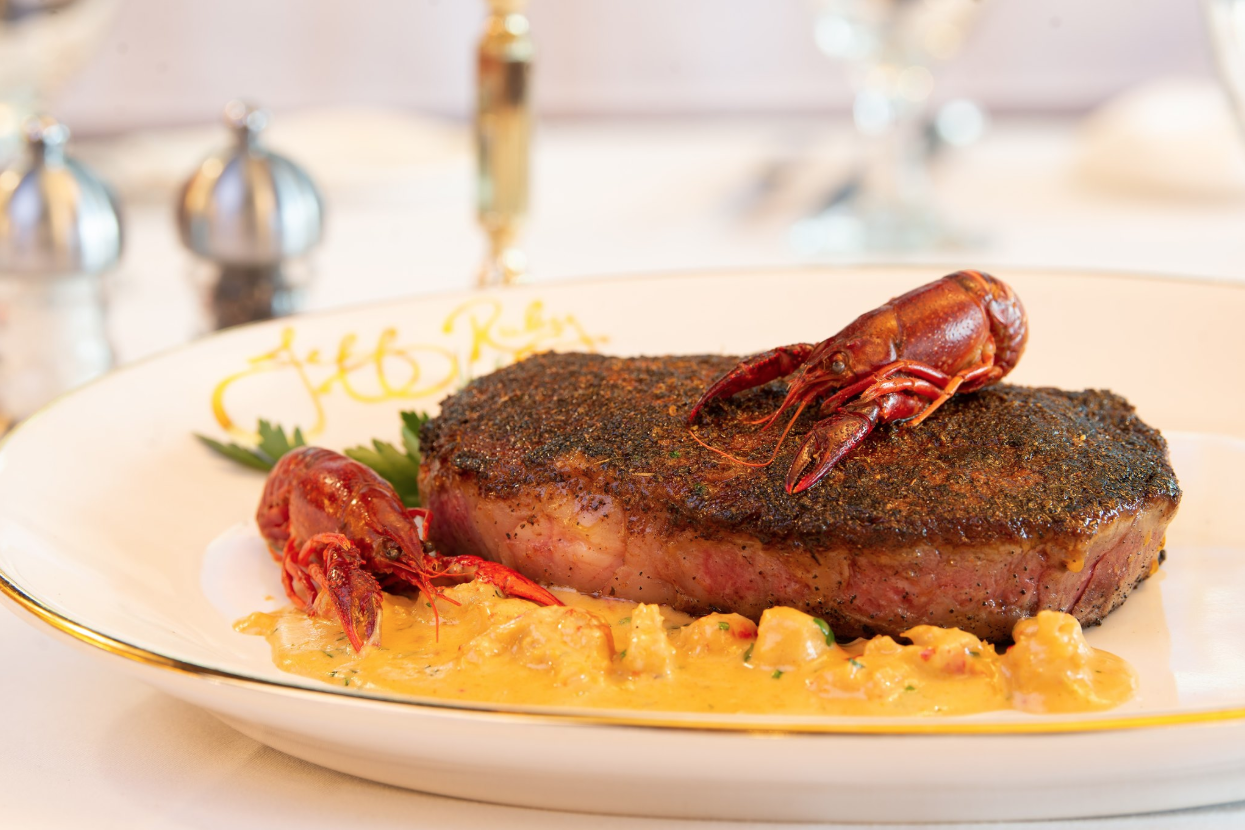 After a landmark season with the LSU Tigers in which his squad dominated seven top-ten ranked teams on their way to a National Championship title, Joe Burrow is used to high stakes. Now, the Heisman-winning quarterback and OSU alum has gotten a taste the other kind of steaks, thanks to restauranteur Jeff Ruby.

During a recent visit to Columbus, Burrow was the first to try a new steak (a 16 ounce Blackened Prime Rib with Creole Crawfish Sauce) named in his honor, according to a Tweet from Ruby.

Want to sink your teeth into this special cut of meat? You’ll have to take a road trip. For now, the “Steak Burrow” is only available at the Jeff Ruby’s location in Cincinnati—Burrow’s likely future home as the Bengals’ first overall pick in the upcoming NFL draft.

For each of the Joe Burrow steaks sold, Jeff Ruby’s Steakhouse will donate $9 to the Athens County Food Pantry—a cause made famous by the QB in his viral Heisman Trophy speech.