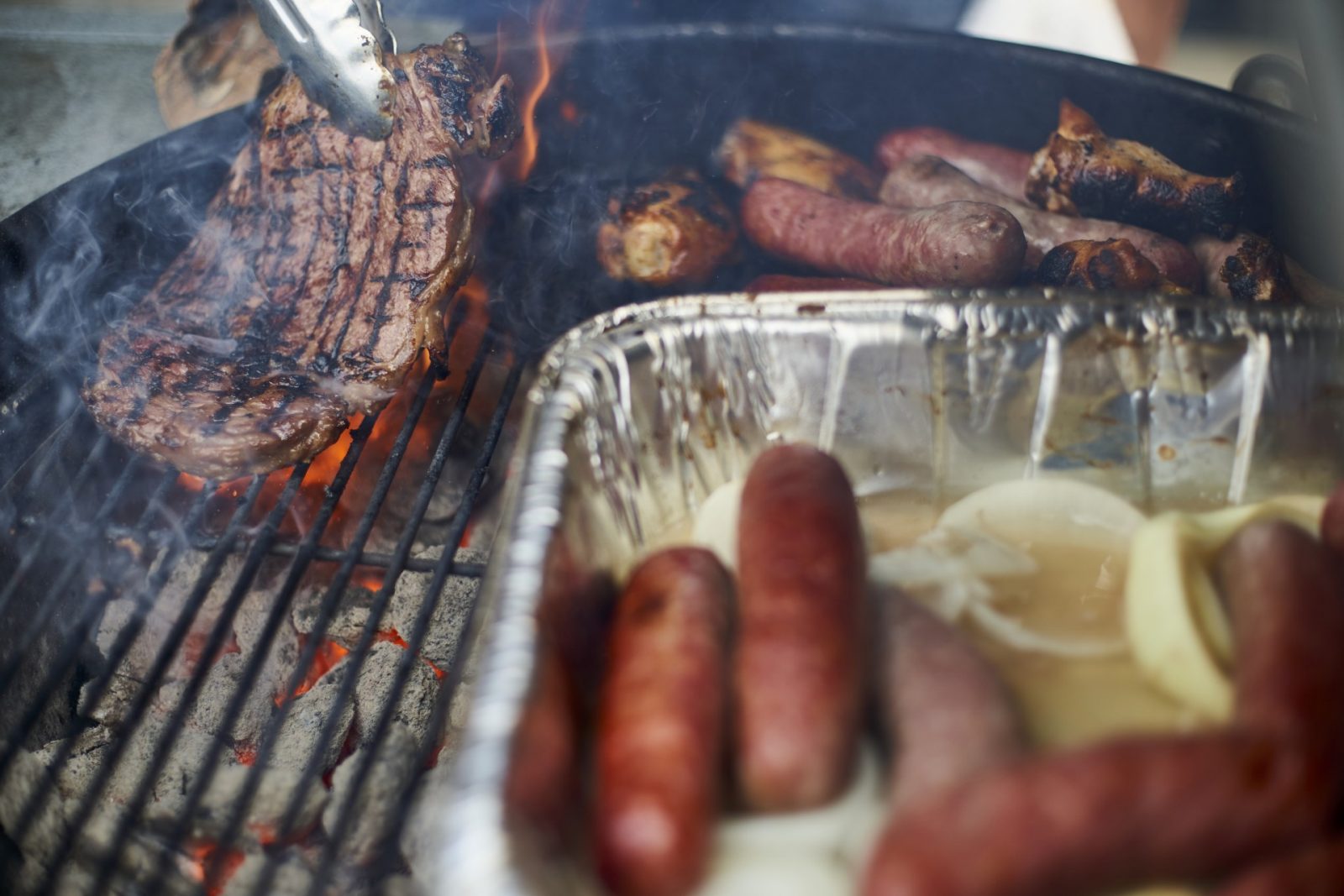 How to stoke the fires of your grilling passion

Grilling is the great culinary unifier. The sizzle of beef patties, the heavy aroma of smoke wafting across the yard, the free-flowing conversation interrupted only by crisp swallows of beer: all these experiences add up to a cooking method that is about enjoying the process as much as the result. One of the most gratifying elements of grilling is that there is always more to learn, whether you are a seasoned veteran or a raw recruit.

If you want to dive even deeper into your grilling experience, Avishar Barua can teach you a thing or two. After earning dual degrees in psychology and biology at Ohio State, he opted instead to dive into the culinary arts and bring scientific precision to his cooking. Following stints at several restaurants in Columbus and New York, including the Michelin-starred wd~50, Barua landed at Service Bar, where he employs meticulous preparation to create dishes unlike anything else.

Barua has offered his expertise on the art of the grill to give you the tools and knowhow needed to make your next backyard cookout unforgettable.

Tools of the trade

An essential element of grilling is using the right instruments. Right off the bat, Barua recommends a charcoal or wood-fired grill. Gas is convenient, but he appreciates the hands-on nature of tending a charcoal grill, which requires constant attention. In addition, the fat from the sizzling meat drips onto the burning embers and aerosolizes, which Barua said imparts the distinctive flavor associated with charcoal grilling that gas can’t provide.

As for a specific grill to buy, Barua said it depends on the results you want, but it doesn’t need to break the bank. Barua used a Kamado Joe and a Weber grill to demonstrate his techniques, and he recommended both for their versatility and the attachments that can be added, such as a rotisserie or a Slow ‘N Sear.

“I think [a Slow ‘N Sear is] an easy investment that’ll increase your grill-ability by a lot, because you can do smoking in it, you can do indirect and direct heat,” said Barua. “You can do all kinds of fun stuff. You can control humidity; all those things with just one one piece of steel.”

The next most important piece of equipment is a high-quality thermometer, Barua said. He recommended something you can stick into your food directly, because the temperature gauge on your grill isn’t giving you very relevant information. While it might be a little pricey, Barua insisted that it’s an investment that will pay for itself in the perfectly good food it will save from overcooking.

There are a million methods of making a burger, and Barua seemed to see no problem with that. He said the perfect patty is one you enjoy, and it’s most important to make it your own.

Developing your own perfect patty means lots of trial and error. Barua said one objective way to take your burgers up a notch right away, regardless of personal preference, is to grind your own beef. Playing with the ratios will allow you to find a blend of meat that suits your palate. At Service Bar, Barua uses 90% chuck, 5% bacon, 5% bone marrow.

If you’re looking to get the softest, juiciest patty, Barua recommended adding salt on the surface of the patty but not working it into the meat. Salt will make the patty become more dense as it cooks.

Any pastime predicated on folk knowledge passed down through generations is bound to carry with it some misinformation, and grilling is no exception. Barua said one of the most persistent myths is that grillers should avoid flipping patties and steaks excessively. In reality, flipping often will cook meat more evenly.

Another widespread misconception is that the distinct flavors of grilling come from flames licking the underside of your food. Direct contact with flames is generally bad for flavor, according to Barua. Cooking is primarily achieved with radiant heat; he said fire will simply turn your food to soot and charcoal.

Finally, Barua said people often think closing off the vents in the grill will make it hotter, but the opposite is true. This will choke the fire, as well as trap in gases that make food taste nasty, so good airflow is essential.

Barua’s science education becomes immediately evident in the way he approaches finding the best method for preparing a dish. He recommended working from what you know and isolating the variables. Start with the most basic version before trying to incorporate special ingredients or unusual methods, and find out where you want to take the flavor.

“When you eat it, instead of saying, ‘This is good,’ say, ‘What do I like or don’t like about this?’” Barua advised.

A way to skip some of the trial and error is with a service called ChefSteps that Barua swears by. Among other resources, it can show you a photo of any cut of meat cooked to any internal temperature–down to the degree–so you don’t have to guess when your steak is cooked exactly how you like it.

One of the best ways to instantly improve your grilling is to select high quality ingredients, according to Barua. Some people believe that charring mediocre meat on the grill will cover up its poor quality, but he said good grilling is about intensifying flavors, so make sure to start with flavors you love.

For those who eat a plant-based diet, cookouts can be tough. But why should carnivores have all the fun? Barua’s Bangladeshi background means he is well-versed in vegetarian cuisine, so he provided some insight on grilling your fruits and veggies to hit that savory craving.

“Grease your vegetables. Like, really grease them before you put them on the grill, and you will see you get a huge difference in flavor,” he said.

Generally, Barua avoids meat substitutes. Instead of trying to imitate a burger, he recommended finding veggies that scratch that same itch, such as mushrooms, potatoes, or eggplants. He also uses mushroom powder, which is packed with salty, umami flavor that will make any dish immediately mouth-watering.

Beyond the savory, Barua said that just about anything can taste great on the grill, even fruits. It just takes some experimentation.