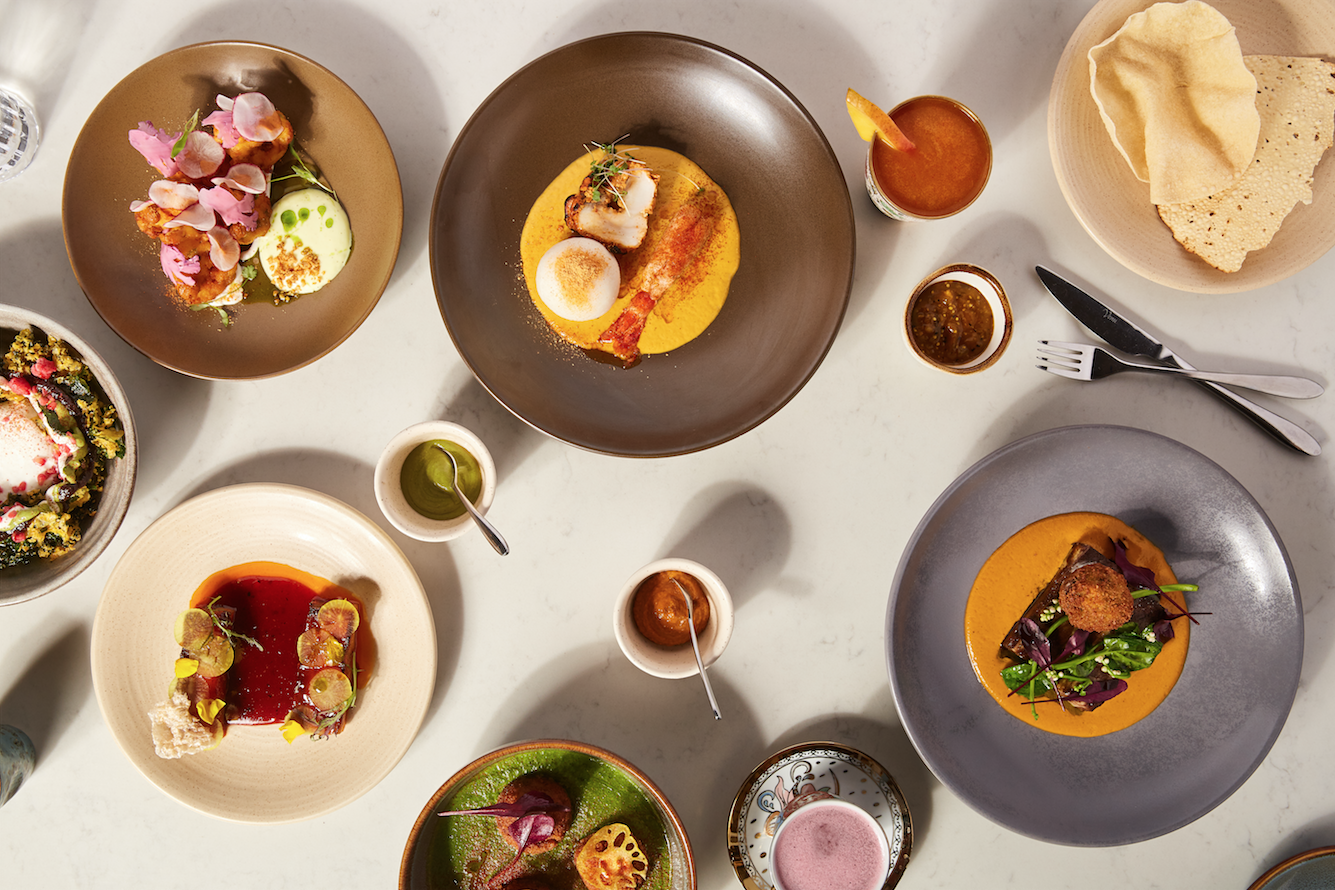 Bhavesh Kishinchand remembers being embarrassed when his mom wanted to pack Indian food in his school lunches growing up; he was self conscious about the smell and afraid people would make fun of him. Now, the first-generation Indian-American is proud to be flipping the script on Indian cuisine stereotypes as General Manager and part owner of ROOH in the Short North.

The restaurant repackages traditional spices, fresh local ingredients, and international cooking techniques to deliver an all-new, elevated, and unexpected results. “It’s the process, the presentation, and, quite frankly, the quality of the ingredients are drastically improved, based on that $8.99 buffet-style Indian restaurant that everyone is used to,” Kishinchand said.

Time-honored tastes of India have been embraced and refined by Executive Chef Sujan Sarkar at ROOH’s San Francisco and Chicago locations. Columbus is now getting a piece of the naan thanks to Chef Swapan Das, who shares Kishinchand’s passion for putting Indian cuisine up on the pedestal where they know it deserves to be.

“We came up with the idea to take some more recipes that are hidden inside Indian cuisine,” Das shared. “There’s so much diversity that we can take more flavor from India and make it something different with produce from America. It’s not about just rice and curry.”

And rather than honing in on just one region of India like other restaurants tend to do, ROOH’s menu represents all reaches of the country.

Take his favorite dish on the menu: achari monkfish and shellfish. This vibrant entree’s Kerala Alleppey curry is inspired by the love of coconut in southern India. The monkfish is cooked in a traditional tandoor clay oven at 400 degrees to keep the meat tender and moist on the inside. A prawn and rice dumpling stuffed with crab and cheddar round out the dish.

Kishinchand’s favorite dish, the pork belly small plate, features a candied mango glaze capable of inciting nostalgia among Indian diners. Mango hard candies are popular with the youth, and Das says the sweet and tart sauce transports him back to his childhood in India.

ROOH tips its hat to the state of Chennai with its beef short ribs. The curry is made with Madras, a hot spice made popular by the northern state. The succulence of the beef and heat of the curry play well with the croquettes, which are made from the trimmings of the short rib, bone marrow, and potatoes.

On the drinks side, the Kerala—named for a state on the west side of the country—is a rum-based cocktail with hibiscus and pineapple. Kishinchand said customers often wonder why there’s such a tropical drink on an Indian restaurant menu.

“Kerala is surrounded by the coast, so it’s basically the Caribbean,” he explained. “This is just a whole other area that people never knew existed.”

The restaurant debunks stereotypes around the food while maintaining authenticity to the heritage. ROOH carefully retools ingredients and techniques typically found in Indian kitchens that can leave guests feeling “heavy,” in Kishinchand’s words. One example of this is the aerated potatoes on top of the lamb keema dish.

“Generally speaking, we’re making mashed potatoes, which is a very heavy food,” said Kishinchand. “But, once you aerate it, it becomes a very light and fluffy mousse.”

They also developed a way to freshen up one of the most traditional Indian dishes: butter chicken. “A lot of Indian restaurants will put sugar, butter, and cream into their butter chicken,” shared Kishinchand. “To obtain that sweetness, we’re using red bell peppers.”

Kishinchand admits to still craving those $8.99 Indian buffets he and the rest of the ROOH team set out to elevate. He said there’s a time and place for this version of the fare, but is pleased to take it to the next level.

“One thing I love about ROOH is that it’s the same transitions that you saw Chinese food and Mexican food go through—cuisines that were mostly known as cheaper food options or take-out- only options,” he explained. “Now, you see Michelin star restaurants that are Chinese, that are Mexican. So why not Indian?”

Additionally, he sees ROOH as an important intersection between the Indian community here in Columbus and those new to the culture and cuisine.

“I think [Rooh] has given [the Indian population in Columbus] a place where they want to hang out. It gives them something to be proud of,” Kishinchand said. “I see a ton of Indian people bring their friends here, and that’s never something I did when I took out my friends. I think it’s an easy way to introduce people to [Indian] cuisine.”