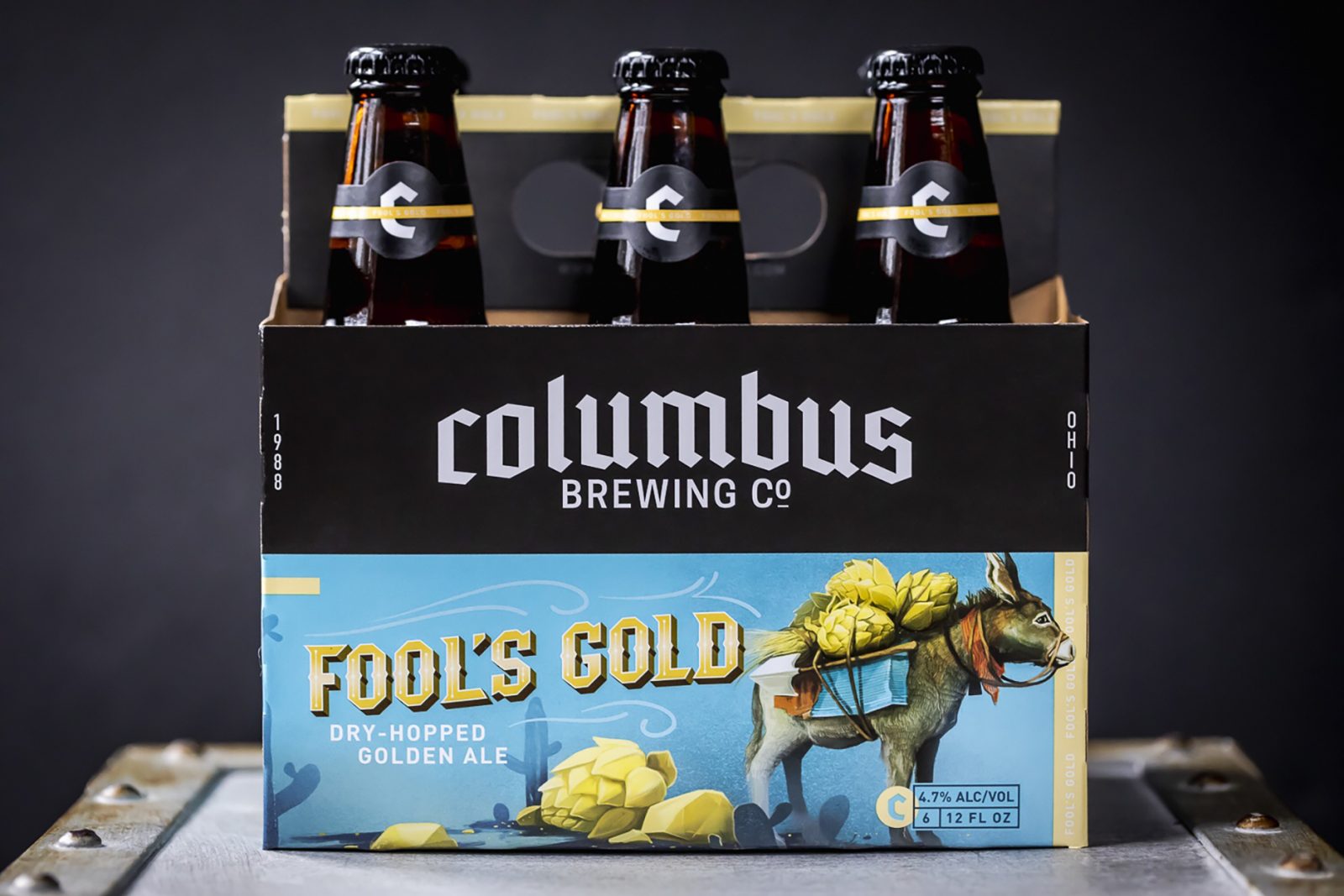 In the last two months, we’ve traded office desks for work-from-home stations, daily meetings for Zoom conference calls, and bellying up to the bar for plopping down on the couch. Our homes transform from an office place to a meeting room to a bar all within a normal work day. Needless to say, not being able to get out and enjoy the city has been difficult

It’s been difficult for our favorite spots, too. They miss our (tipsy) faces just as much as we miss spending countless hours on their patios. Unfortunately, this magazine doesn’t have the power to change that, but we can at least alleviate it. Instead of going to the bar, bring it home to you. With grocery stores offering the build-your-own-six-pack options and many breweries offering pick-up or delivery, getting a local beer in your home is easy.

The weather is officially warming up and it’s never too early to break out golden ales and other summer brews in our books. And we think it’s time you do, too. Here are six Ohio beers for you to toss in your fridge as we look ahead to summer.

When it comes to drinking beer in warmer months, the likelihood of the beer making it in my hand depends on its crushability. And that’s exactly what CBC’s Fool’s Gold golden ale is; crushable. This refreshing beer is a careful combination of fruity English yeast with oats, wheat, and Citra hops giving it a crisp and light body and a subtly sweet flavor. And at 4.7 percent ABV, you can save some room for the other beers on this list.

Wolf’s Ridge isn’t holding back the hops when it comes to the Pack IPA. It’s loaded with Mosaic, Citra, and Amarillo hops giving it an International Bitterness Unit (IBU) of 70. Alongside the bitterness come notes of citrus like orange and grapefruit which rounds out this American IPA boasting an ABV of 6.8 percent. •

The juicy flavors of a New England IPA are perfect for entering into summer and the Hazy Miss Daisy from Zaftig fits the bill. This brew is slightly sweet with citrus notes in addition to the Mosaic and Amarillo hops which provide tartness and juiciness. And, while it does boast a 7 percent ABV, its medium body keeps it relatively light.

Not a fan of “traditional” beers? No worries! Rhinegeist Slangria is a non-beer fans alternative to enjoying beer. It’s a fruited ale made with pomegranates, blueberries, and lime creating a beautiful deep red appearance. The final product is a tart and fruity brew that is refreshing and ready for warmer days.

No list of summer-ish beers is complete without a mention of a pilsner, and Homestead Brewing’s White Elephant is a great switch up from your typical domestic pilsner options. This medium-bodied brew is your quintessential “beer” beer. It’s crisp, the grains provide that “beer” smell, and it sits at 4.7 percent ABV.

Sometimes when you’re looking for an IPA, you aren’t after all the extra frills that come with the different variations; you just want a tried-and-true IPA. The Buckeye Lake Brewing Legend Valley IPA checks these boxes; a medium body, a cloudy appearance, and those bitter notes in the background. And at a 6.5 percent ABV, it sits nicely in the category of, “Okay, let’s have one more.”