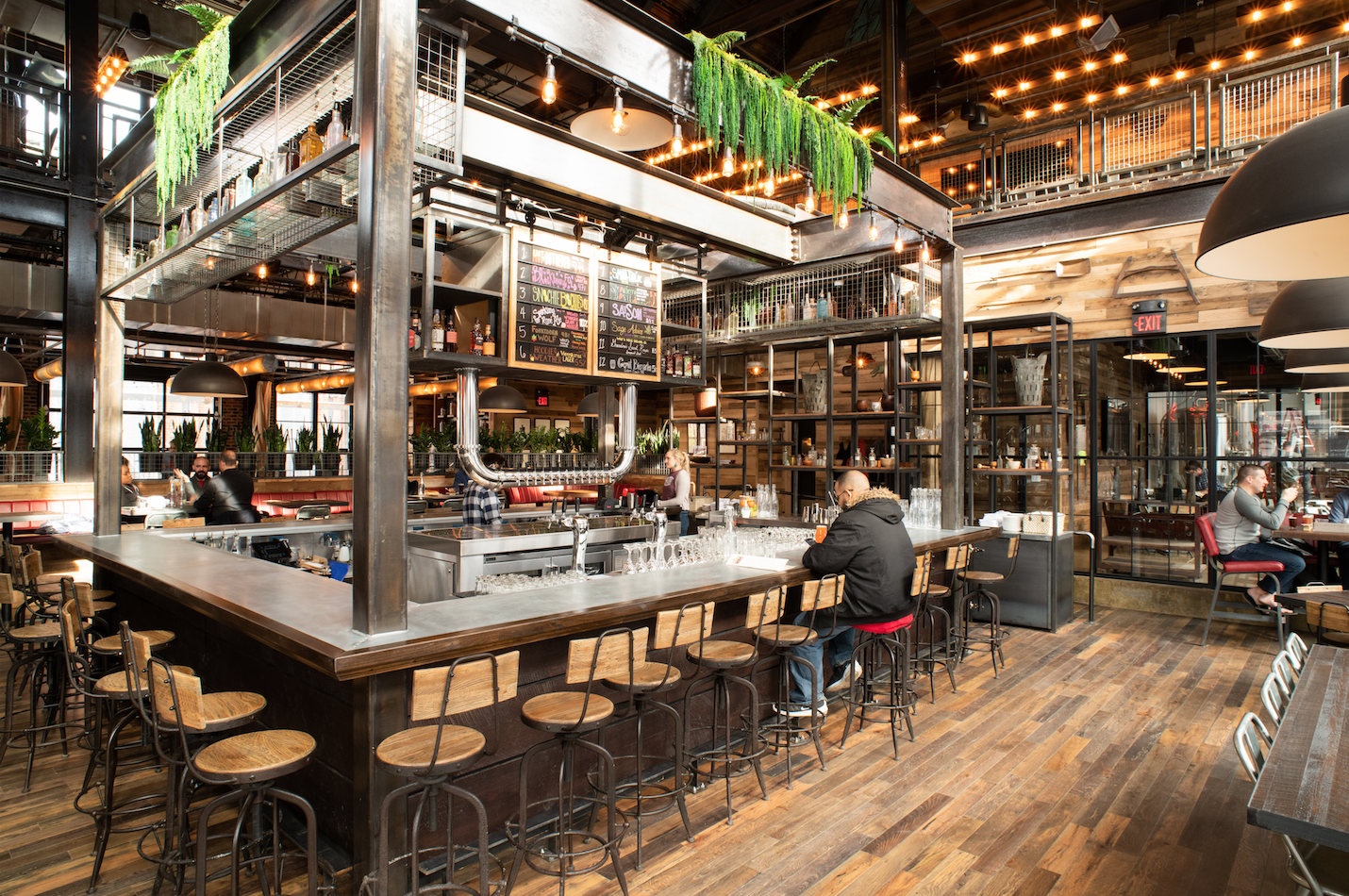 A message from the Columbus Zoo on Australian Wildfire Assistance

How’s the craft beer scene in Columbus doing? Well, to sum it up nicely, it seems business is boomin’.

We are at a point in the brewery game where seemingly every street corner and suburb has a spot to belly up to the bar and tie a few on. And as we enter into a new year, that trend is showing no signs of slowing down as Columbus welcomed two new-to-us breweries, Galena Brewing and Forbidden Root Brewing. Because the best things come in threes, Zaftig Brewing is opening up a new location on Fourth St. In the spirit of good-hearted journalism, we checked out what’s on tap at each of these spots. All in a day’s work, right?

Thanks to a quicker construction process than originally planned, beer fans are now able to enjoy a cold one at the Chicago-native Forbidden Root Restaurant & Brewery, which is located in Easton. The opening features 10 original beers on tap ranging from IPAs to fruited wheat ales and oaked Vienna lagers. Of the batches of brew, the Hoodie Weather is a perfect winter lager, as it’s crispy and malty, but finishes with a touch of caramel sweetness. Don’t let the brown ale appearance fool you—the flavor and mouthfeel is most definitely a lager! The beer selection also features a 5.9% ABV Saison which is dry hopped with El Dorado for a citrusy body plus hints of pepper, thanks to the French Saison yeast. If you’re unsure of what beer to go with, the FR flight features Hoodie Weather, Saison, the NEIPA Small Talk, the fruited wheat ale Blackberry Fold, and the biere brut Sparkling Rose.

Of course, beer isn’t the only alcohol on the lineup here. Forbidden Root also has a few cocktails to choose from; some of which feature FR beers, others are twists on bar classics. The Rake is one of the seasonal cocktails which features Middle West Wheated Bourbon with Genepy des Alpes, pink peppercorn, FR Small Talk, lemon, and hopped grapefruit bitters. There’s also the Forbidden Old Fashioned, a cocktail made with Middle West Dark Pumpernickel Rye, maple, citrus oil, and Bolivar and Angostura bitters.

The newly-opened brewery also offers chances for Easton shoppers to stop in and grab a bite to eat. The food here is a combination of shareables and appetizers with sandwiches, salads, and a select few entrees. If you’re just looking for a quick snack to accompany your beer, cheese and crackers can satisfy a craving. And if you’re with a bigger group, order the cheese plate, which can serve up to five people depending on how big you want your order. Other options for sharing include a charcuterie board, and entrees like the mussels in curry coconut broth showcase the elevated options available.

Zaftig Brewing, which already has a location in Worthington, has opened the doors on its new brew pub, in the Italian Village on Fourth St. While you’ll only find Zaftig originals on draft, variety is not lacking as 21 brews are on the menu. Of these, staples include the 7% ABV IPA Juicy Lucy, or the tamer Mini Bomb Blonde blonde ale at 5% ABV. The beer menu also offers chances for Zaftig to switch things up, as the rotating taps selection will feature one-off creations, recurring styles with seasonal twists, and a barrel-aged program with beers boasting ABVs upwards of 16%. Flights of three beers start at $8, and most 10 oz. pours are $5 to $7.

Non-beer drinkers will also find an assortment of cocktails on the menu, including the simple hop and tonic which features hopped High Bank Statehouse Gin, as well as the Zaftig Old Fashioned, made with Weller Special Reserve Bourbon. No matter what cocktail you decide on, you’ll pay $10, Zaftig’s established mixed drink rate. And if you’re after wine, a bottle of the most expensive vino on the list—Insurgente, a red blend from Portugal—will only run you $30. Other wine bottles include a sparkling moscato from Sicily, and rosé from Spain.

The food at Zaftig features a variety of shareables and snacks in addition to five entrees, including a grilled pimento cheese sandwich, and the ancient grain power bowl. Snack options include the Zaftig fries—French fries in a specialty blend of herbs and spices served with Brewpub ranch. If you truly want to upgrade your fries, add the Heavy Hearted Amber cheese sauce for an additional $2. It’s worth the upcharge.

Hailing into Westerville from Johnstown is local brewery Galena Brewing Company. This new location comes on the heels of Galena’s first brewery, which opened in September of 2018 after the brewers decided they needed more space. And more room is exactly what they got. The Westerville brewery and taproom now hosts six barrels—three times the amount at the original brewery.

The beer menu at Galena is a bit of a revolving door with audience input. The brewmasters here pride themselves on being “of the people” and “for the people.” Customers are encouraged to give opinions on how to switch up the flavor of a specific beer, or help come up with a name for the beer. The hope isn’t to find a beer they can sell but a beer people would want to drink. The results are options like Chocolate Wasted, a smooth porter with chocolate notes and a slightly minty finish, or The Dude IPA, a relaxed IPA with citrus and flowery hops.

While Galena doesn’t have a kitchen in the back, they have welcomed in a plethora of food trucks throughout the weekends. Options in the past have included Holy Taco, Hibachi Run, and Philly Buster.