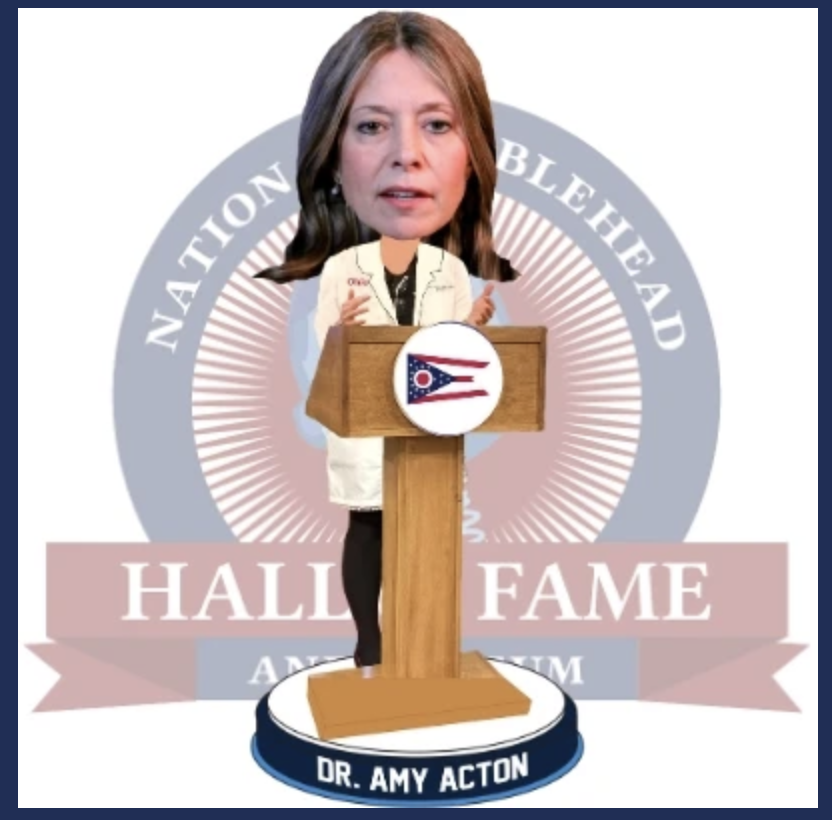 Support COSI with membership, get an additional year for free

UPDATE: Joining the ranks of governors recently honored by the National Bobblehead Hall of Fame and Museum is Ohio’s very own Dr. Amy Acton.

Currently, all the recently added bobbleheads are on pre-sale. They are $25 per bobblehead, $5 of which will be donated to Protect The Hero’s Fund.

We’ve seen “Wine With DeWine” on t-shirts, “It’s 2 o’clock somewhere” on wine glasses, and now, Ohio Gov. Mike DeWine is one of four governors being honored with an official bobblehead from the National Bobblehead Hall of Fame and Museum.

In addition to Gov. DeWine is New York Gov. Andrew M. Cuomo, California Gov. Gavin Newsom, and Wisconsin Gov. Tony Evers. These governors were selected, said the National Bobblehead Hall of Fame, for their actions as they lead the charge against COVID-19 in their individual states.

“The 73-year-old DeWine is among Ohio’s most well-known politicians after serving in elected office for four decades, including as a state lawmaker, congressman, lieutenant governor and state attorney general,” the press release stated. “DeWine received national attention when he cancelled several events at the beginning on March before the nation was gripped by the coronavirus pandemic.”

The bobbleheads are $25 and for each one sold, $5 will be donated to the Protect The Hero’s Fund in support of the 100 Million Mask Challenge. Previous efforts by the National Bobblehead Hall of Fame include the sale of Dr. Anthony Fauci and Dr. Deborah Birx—two health care professionals leading the charge on the national level—which resulted in more than $16,000 donated to the efforts.

“During these unprecedented times, we want to continue to raise funds for an amazing cause while putting a smile on people’s faces with bobbleheads,” National Bobblehead Hall of Fame and Museum co-founder and CEO Phil Sklar said in a press release. “We received a lot of requests to make bobbleheads of these four governors who have been instrumental in the continued fight against COVID-19, so we’re excited to be unveiling these bobbleheads today.”

For more information, or to pre-order yours, visit bobbleheadhall.com.