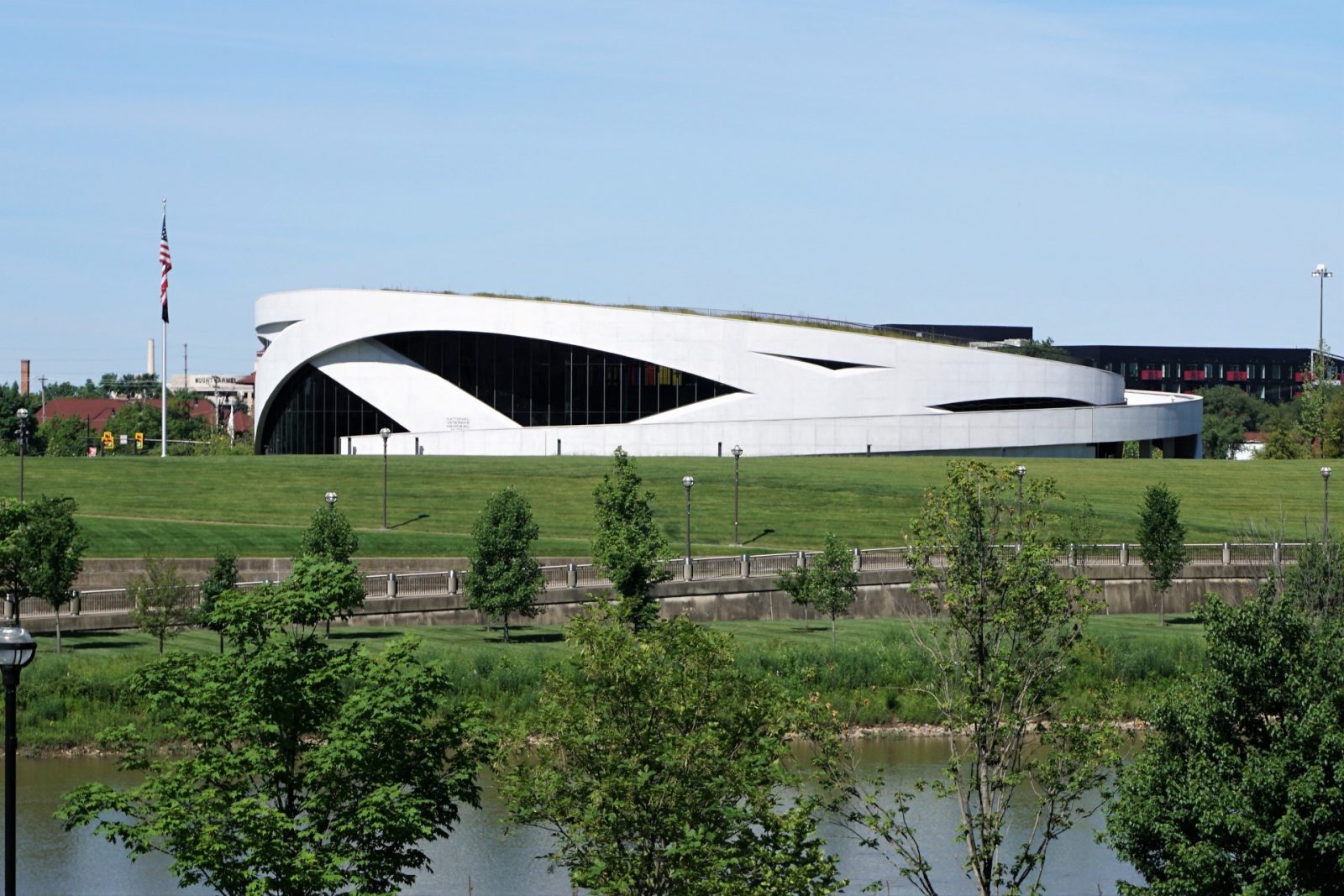 Today, Sept. 2, marks the 75-year anniversary of Victory over Japan Day, or V-J Day, marking the end of World War II. On this day in 1945, Japan formally surrendered to the United States aboard the USS Missouri in Tokyo Bay.

In order to commemorate the service and honor the sacrifice made by American soldiers during WWII, the National Veterans Memorial and Museum will be hosting a free virtual discussion at 2 p.m. on Facebook Live with Dan McBride and David Greene, two veterans of the war, and Tracie Hunter, a documentary filmmaker. For those who miss the 2 p.m. event, you can view it later on the NVMM YouTube page.

McBride, a northeast Ohio native, was a member of Fox Company of the 502nd Parachute Infantry Regiment in the 101st Airborne Division during the European theater. Greene was a member of the 5th Marine Division during the Pacific theater and a survivor of the Battle of Iwo Jima. Tracie Hunter is executive producer of the Emmy Award-winning WWII documentary “The Last Signal” and founder of Beyond The Call, a non-profit dedicated to documenting the first-hand stories of WWII veterans.

“We know that we can be a repository or collecting point to bring these stories in,” said Lt. General Michael Ferriter, President and CEO of the NVMM. “And why is that important? Because there are veterans in old folks’ homes and vets’ homes across the country. And to our online presentation … we’ll be able to reach to Toledo, and to Tampa, Tacoma, and Austin, and San Diego, in vets’ homes where they never will get to Columbus, Ohio. So that’s the power of the storytelling.”

Ferriter said there is still much we can learn from these veterans. He thinks the values that military service imparts–”do what’s right, do your best, and never quit”–have value far beyond combat. Under his leadership, the NVMM has maintained a focus on the people that made American history, rather than the events.

Ferriter has a personal connection to the Pacific theater as well. His father, Col. Richard Ferriter, fought at Guadalcanal, working his way up the Solomon Islands to the Philippines, where he earned the Distinguished Service Cross, the military’s second highest award. Richard Ferriter served in the Army for 27 years, rising from the rank of private.

Michael Ferriter and his brother returned to the islands with their father in 1989, and he said it was a powerful experience to see his father walk the island and remember his service. It’s this sort of experience that Ferriter tries to recreate at the NVMM.

“So many of our veterans place all their memories and their emotions in a lockbox, and so at the NVMM and one of the best parts of me being here and the great people that I get to work with is when we have that moment when they walk through the museum and that lockbox gets unlocked,” he said.

In addition to watching today’s livestream, Lt. General Ferriter highlighted other ways to honor veterans. He invited people to attend the NVMM’s weekly virtual events and become members of the NVMM so it can continue to tell stories of service. He also encouraged employers to hire vets, and stressed the importance of September as National Suicide Prevention Month.

“One of the reasons that we also do this is just to connect to veterans and made sure that their best friend is not Jack Daniels and Glock. 22 veterans a day are still committing suicide,” Ferriter said. “So we ask anyone out there: if you need help, get to us. We’ll help you. We’ll find what you need.”

He added that people should contact veterans that they know and check in.

The Facebook Live stream of the National Veterans Memorial and Museum will begin at 2 p.m. today, and can be accessed here. More information about the NVMM and its resources can be found on their website here.