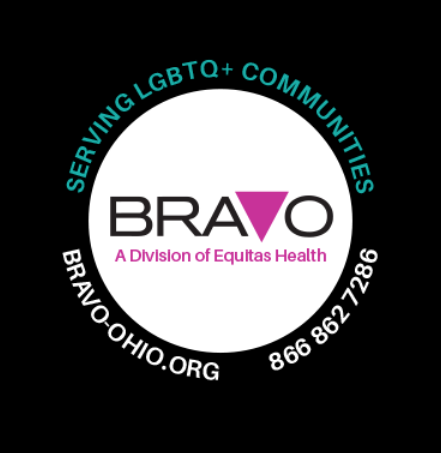 More than 200,000 American lives have been lost as a result of the coronavirus pandemic. As that number continues to climb, the economic hardships and isolation due to COVID-19 has aggravated a slew of pandemic-like issues that have been plaguing our nation long before this year.

Last month, (614) detailed the increase in homelessness and those seeking help from human trafficking when we spoke with Jeannette Bradley at 2nd-Chance Ministries. While the full and concrete evidence of the side effects of living through a pandemic won’t be available for months, the anecdotal evidence gathered–of increasing suicide attempts and deaths, homelessness, and domestic abuse—is alarming.

Organizations working to combat domestic violence acknowledge that the issue is not specific to COVID-19, as they have heard many excruciating and traumatic stories over the years. One brave person waited until the middle of the night when their abuser was sleeping to climb out of their bathroom window to escape. There’s another account of a woman, calling to request help, saying that if she escaped that night, she could bring all seven children with her.

“That has happened in the past, but it feels so much more poignant now,” said Aaron Eckhardt, director at Buckeye Region Anti-Violence Organization (BRAVO). “Just the desperation of a lot of things are coalescing right now, and I think that it feels like violence is increasing.”

BRAVO—a division of Equitas Health that works to eliminate intimate partner and family violence and violence aimed toward members of the LGBTQ+ community— has been providing one-on-one crisis intervention, safety planning, and connection to legal services to victims since 1996. It’s important to note that COVID-19, at least at its onset, has made it extremely difficult to have courts intervene with domestic abuse.

Eckhardt, who has been working in the DV field since 2000 and at BRAVO since 2011, thinks they’ve been seeing more violence with people “at their wits ends,” and lashing out in different ways.

Of course, the domestic violence issue in America predates the pandemic, but the stay-at-home restrictions implemented by governments have exacerbated the problem, making one of the many public health crises of this year more frequent and much more severe. Phrases such as “intimate terrorism” have come to surface when describing an issue that has been plaguing America for decades.

And even though not much has changed in terms of how local organizations like BRAVO are combating domestic violence, the seriousness and visibility of the issue have. Statistics prior to this year have shown that 32% of relationships have some sort of domestic violence, which would include verbal, mental, and/or emotional threatening and manipulation, according to Eckhardt.

“In today’s age of instant news and reports, indeed, the statistics are seemingly moving in multiple directions, and it will take months to understand the trends and lessons the data is currently showing us,” said Eckhardt in an unpublished op-ed from earlier this year. “Statistics are essential, and lived experiences are crucial. We need to focus less on stats and more on lived experiences.”

Although there was a slight decrease in victims reaching out for services early in the year, overall there has been a 169% increase in overall requests for service from 2019 to 2020. The initial decrease may be in part due to the inability to call or even text for help without an abuser hearing or finding traces of messages because of the stay-at-home orders. Unemployment has, as well, contributed to a victim’s inability to leave an abusive partner, whom they may be dependent upon financially.

And while local organizations and authorities have not been paying any more or less attention to the issue of domestic violence than they previously had, as with most life in 2020, Eckhardt and many others had to think of ways to reach victims through different channels. Recently, BRAVO launched a secure and HIPPA-approved text and chat line that makes it so that messages aren’t stored on a device.

Eckhardt also outlined safety planning tactics for people who’ve been forced to live in an unsafe home environment. Those include tips on how to organize one’s life in a fashion that makes it possible to escape an abuser at any given time (such as finding and keeping their ID and birth certificate handy) and code words to use with officials if trapped in a DV situation. With increased screen time with phones, tablets, and computers, BRAVO has also increased its outreach through social media campaigns.

“One of our campaigns right now is, It’s Insta good, but is it good at home?,” said Eckhardt when referencing how someone’s social media presence may not reflect their real-life situation.

“One of the things that really gets challenging is it’s hard to leave an abusive relationship in the first place,” Eckhardt said. “And with COVID-19 and the risk of infecting others and yourself, going to a DV shelter is even more difficult at this point for survivors in a lot of cases.”

A New York Times report in May outlined that some domestic shelters across the country and world have had to deny newcomers. That hasn’t been the case in Columbus, especially due to the outstanding work done by organizations such as Lutheran Social Services (LSS) CHOICES.

Since 1977, LSS CHOICES has provided counseling, shelter, crisis intervention, and community and legal support and advocacy to central Ohio residents facing domestic violence. Assistant Vice President of Community-Based Services Sue Villio, who has been with LSS CHOICES for six years, has felt burnt out over the ups and downs of 2020 like most Americans have.

“I think what we’re seeing overall is a real trend toward victims who have been much more seriously physically harmed before they get help than we had seen pre-pandemic,” said Villio. ”Isolation is an abuser’s tactic, anyway. This pandemic has really helped them use that tactic against their victim.”

With the shutdowns caused by the coronavirus, LSS CHOICES didn’t want to stop or reduce services, so it reconfigured its building to accommodate for social distancing. In September, LSS CHOICES provided beds to 121 victims. It normally serves 120. Although it’s not uncommon for the shelter to be overcapacity, LSS CHOICES is not turning away people at this point in time, so that no one in danger ever goes without shelter.

Although Villio hasn’t seen a shift in the demographic of victims seeking help, children have been more exposed to DV situations than in the past due to remote schooling and stay-home orders. As of the first day of school, LSS CHOICES had 36 children enrolled in 11 different schools, leading it to hire a full-time coordinator.

Throughout 2020, Villio has observed an increase in the number of police officers calling in to help get resources to victims. LSS CHOICES works closely with the Columbus Police Department, Franklin County Sheriff’s Office, and 19 other police municipalities in Franklin County.

“As far as our division of police in general, we are not handling domestic violence calls any differently than what we always have,” said Sgt. Rick Ketcham, who heads the Domestic Violence Unit within the Columbus Police Department.

“What I always share with victims is you can’t just wake up one day and say, OK, I’m done, I’m leaving, and do it all by yourself,” said Ketcham. “There usually needs to be a plan because that is by far the most dangerous time for someone in a relationship is that point where they decide to leave or they’re planning to leave, especially when that abuser figures that out or find out that that’s taking place.”

The CPD uses several tactics to identify and help abuse victims, such as asking screening questions with yes or no answers, where they can discreetly access the situation and then decide if a victim is in high danger, likely to be seriously harmed or killed.

“I’m amazed at how well they manage when they’re on the scene,” said Villio. “They’ve got the victim. They’ve got the accuser. They’re trying to sort out the legal, criminal aspects of that. They’re interviewing the victim to see if they’re in high danger. They manage it beautifully.”

With organizations like BRAVO and LSS CHOICES and local police officers doing all they can to eliminate domestic violence in the community, there has been a call to action to society because of the increased public awareness of the issue. Family, friends, and neighbors are highly encouraged to check in on those who they suspect may be involved in domestic violence at home. Being a sounding board to a victim can go a long way, especially if they share a common life experience with abuse. Most important is being able to empower victims through conversation so they can overcome the power and control of an abuser.

Villio mentioned that a sign of someone becoming a domestic violence victim is if someone starts changing their routine, habits, and way they interact with the world. Letting those victims know of hotline numbers and messaging services to talk to an advocate can be extremely helpful in getting resources to those in need as well.

It’s extremely difficult to find any sense of silver lining whenever domestic violence is involved, but Eckhardt is pleased that they’re hearing much more talk of prevention in the last few weeks.

“I see hope in every day,” said Eckhardt. “It may be a little bit more dim right now or may feel more dim based on everything we’re going through as a society and as a nation or the world I should say.

“But I will say that people survive trauma and they get out and they move on and reclaim their own life. And that’s what we’re really here to do, is to help somebody empower themselves to the life that they want; we’re there to help people live their best full lives, and people do that every day in the face of seemingly insurmountable odds.”

The issue, however, has the possibility of getting even worse with colder weather, so making contact with people who may be in a domestic violence situation is extremely crucial right now.

“As right now, we’re still able to get out, walk around, and be at least outside of our homes,” Eckhardt said. “At some point, in the winter it will get more difficult to do that.”