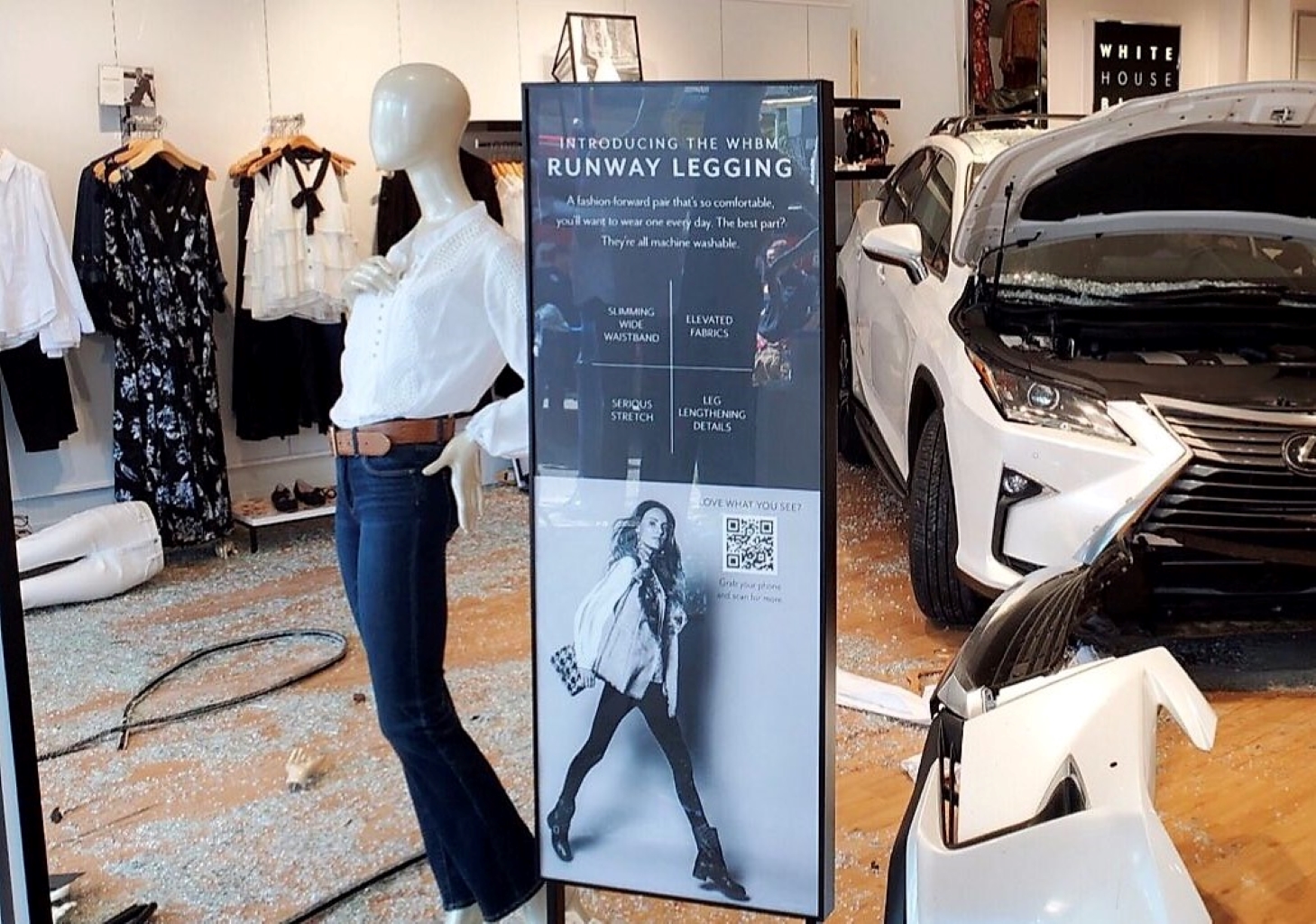 Columbus Police say that a 68-year-old woman attempting to back her white SUV into a parking spot instead pulled into the White House Black Market store at Easton Town Center on Sept. 12 around noon.

Two people were treated on-site for minor injuries, no charges are being filed due to the accident, and police have closed their investigation.

Unbelievably, less than five hours later, a 53-year-old man told police he mistook the accelerator for the brake and pulled through the front of yet another store—the Northland Market on Karl Rd.

The investigating officer reported finding the gray 2011 Kia inside of the building upon his arrival. Fortunately neither the driver, nor the employee inside were injured in the accident.

The driver was cited for failure to control, and then he was able to drive away from the scene.