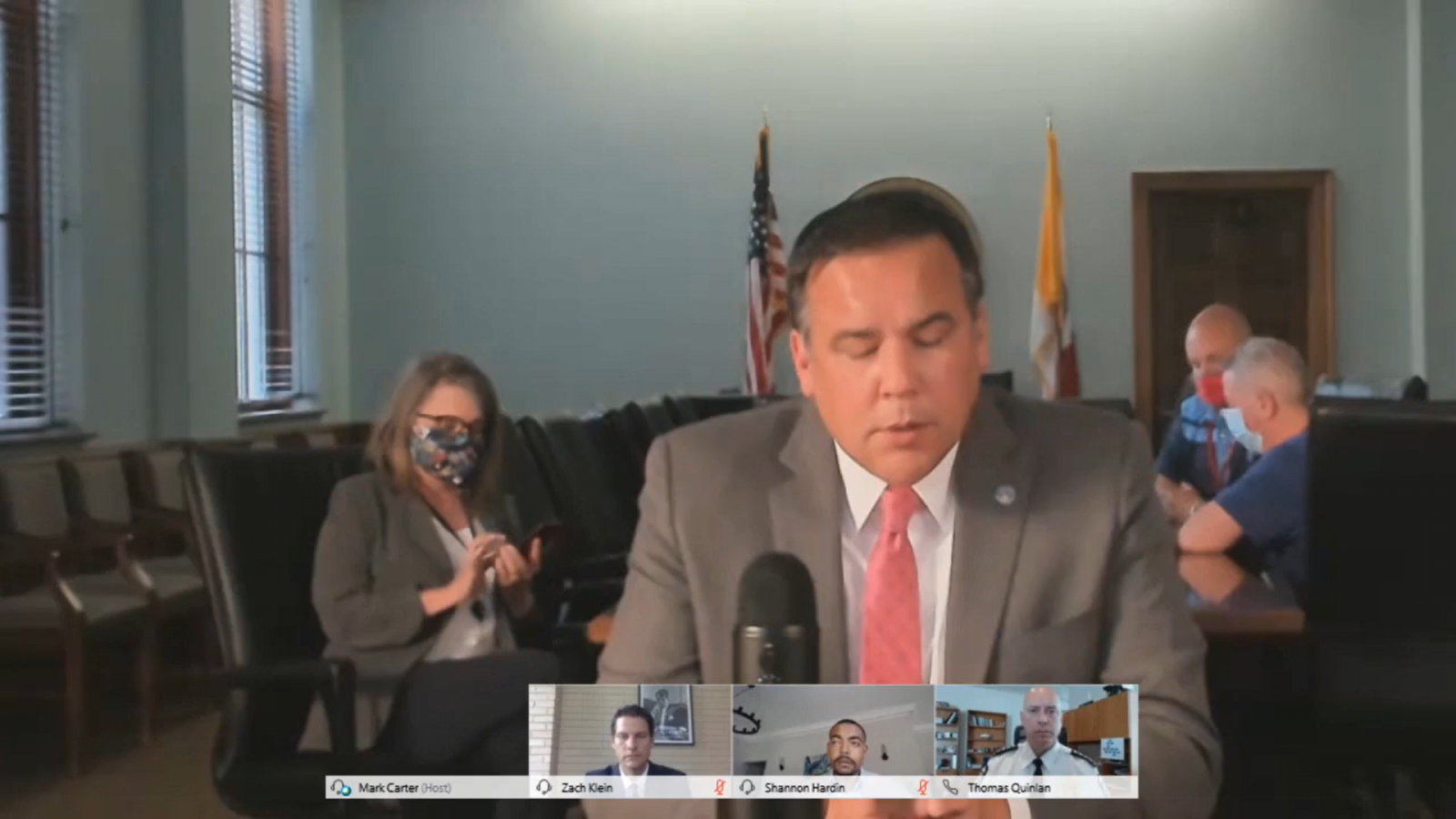 Ginther led off the discussion with a message of awareness, letting those who have taken to the streets to voice their concerns that they are being heard and Columbus leaders are taking action

“This is not just a commission or a committee that will sit idly by,” Ginther said. “The chief’s panel will weigh in immediately…significantly limiting the use of pepper spray and tear gas by the Columbus police.”

The chief’s advisory panel would allow leaders of the community–local professors, counselors, and activists–to have input on policies and procedures of the Columbus Division of Police. City officials like Ginther and Klein stressed the importance of a need for meaningful change now.

Those community leaders include:

It wasn’t part of the steps discussed on Tuesday, but Ginther did mention that the city plans to have a civilian review board by the end of the year.

The second step that was outlined in the press conference were new limitations that would be placed on the use of tear gas and pepper spray. A major area of concern that has been brought up by Columbus residents over the past few weeks has been the use of pepper spray and tear gas on peaceful protesters.

It was announced on Tuesday that the Columbus police department would stop the use of tear gas and pepper spray to disperse non-aggressive, non-violent crowds.

“Tear gas or pepper spray will no longer be used to break up peaceful protests, period,” Ginther said.

Klein brought up that preexisting language permitted cops to use pepper spray on people stepping into the streets. Now, the use of pepper spray for failure to leave the streets will no longer be allowed.

“Officers will be held accountable,” Ginther said. “I’m accountable to the community, and I’m going to hold the chief accountable through community expectations and standards.”

A series of photographs from the Columbus protests that made headlines across the country showed Hardin, U.S. Rep. Joyce Beatty, and Franklin County Commissioner Kevin Boyce being pepper-sprayed on the third day of Columbus protests.

Hardin, who described this time in history as a watershed moment, mentioned that crowd dispersal techniques need to change after experiencing it firsthand.

“Columbus and the country have the opportunity to dream about what public safety could be,” Hardin said.