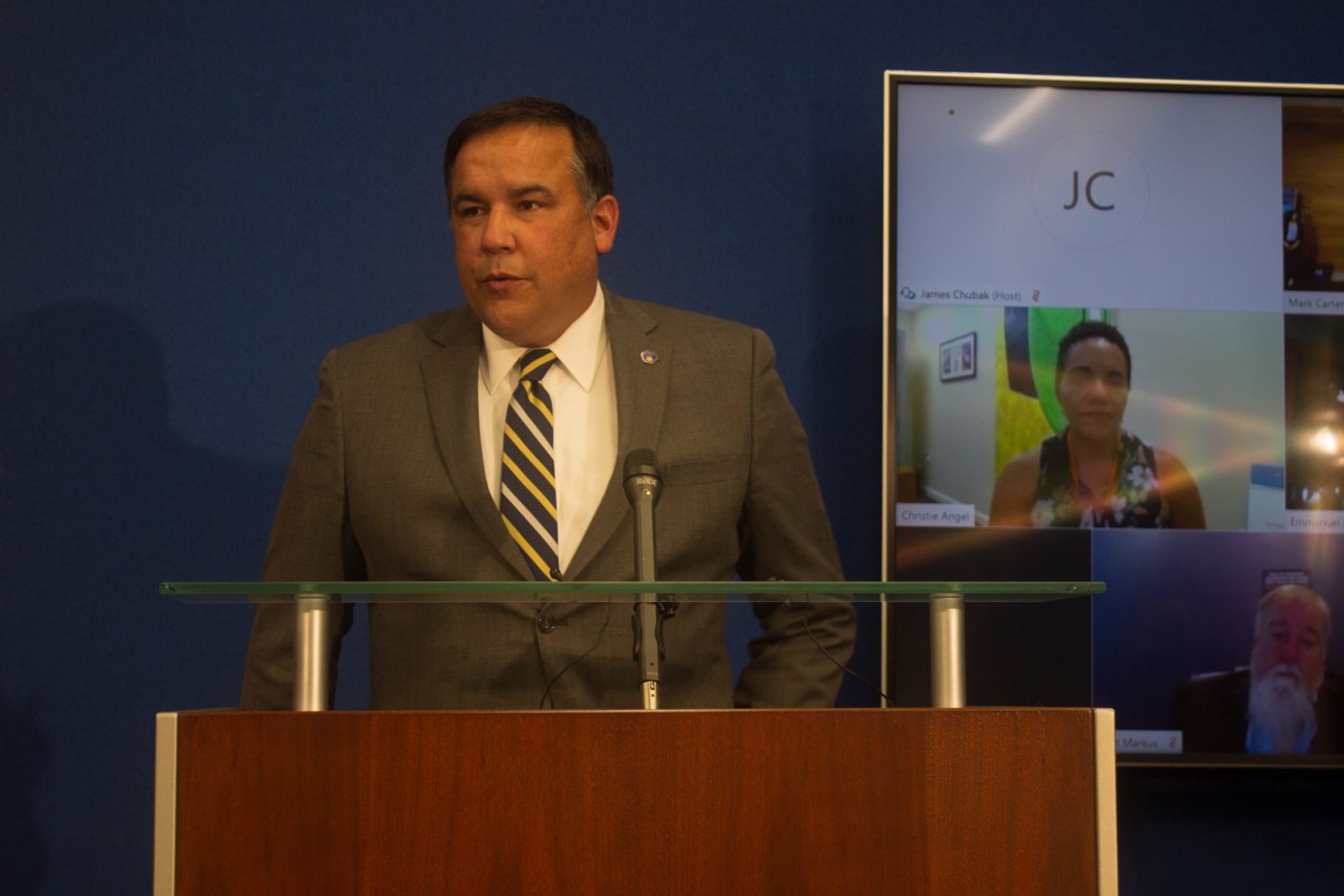 Nana Watson, president of the Columbus, Ohio Chapter of the NAACP, pointed out in a Monday press conference that Columbus residents have made it loud and clear to the city government that they want police reform and more accountability within the department.

“They want to try and bring the community and the police closer together,” Watson said. “What could they do to build more trust with our police officers, and they thought that certainly having this board would do that.”

Steps towards that goal began with an announcement of a civilian review board on June 25 and a five-plus hour meeting. Next steps are now being taken to give residents the power to oversee that so that a lack of trust can be restored, said Watson.

City of Columbus government officials gathered Monday morning at the Michael B. Coleman Government Center to announce plans for an amendment to the City Charter and to establish a Civilian Review Board.

The amendment to the City Charter will be on the ballot for the upcoming November election. There will be no special election for this issue.

Currently, there are 150 Ohio cities with a form of civilian oversight.

There is a review hearing Wednesday, July 22, at 3 p.m. The legislation will be brought to City Council on Monday, July 27, in which a two-thirds vote is needed for the amendment to go on the ballot in November. The amendment will include the establishment of a civilian review board and a board-appointed independent inspector general for the Columbus Division of Police who will investigate police misconduct.

Draft of the legislation includes a “diverse,” “odd-numbered” Civilian Police Review Board, appropriate funding, a four-year term for serving members, and a five-year term for the inspector general.

“The Civilian Police Review Board shall receive, initiate, cause investigation of, and recommend resolution of complaints filed with it or initiated by the Board alleging misconduct by sworn members of the Columbus Division of Police. Upon completion of an investigation, the Board shall make recommendations to the Division of Police regarding resolution of the complaint and, where warranted by the facts, may make recommendations pertaining to discipline.”

Sec. 217 of legislation for The Civilian Police Review Board

You can read the full draft here.

Mayor Andrew J. Ginther and other city officials made it clear that the charter amendment is a starting point.

“No mayor or Council in the future can diminish the power of the review board without the approval of the people of Columbus,” Mayor Ginther said.

Columbus City Attorney Zach Klein said that the press conference today shows “both a positive and aggressive approach to the citizen’s review board.”

“We have to make sure we have the very best and brightest serving on this board,” Mayor Ginther said.

If the amendment is passed in November, the civilian review board will be legally implemented without negotiating with the police union, the Fraternal Order of Police (FOP). (614) reached out to FOP Local 9 for comment. The FOP president was unavailable for comment at time of publication.

As well as being its own department, a civilian review board would be provided with sufficient funding and be protected from elected officials 20 years down the road “who may not see eye-to-eye” with the administration today, according to Council President Shannon G. Hardin.