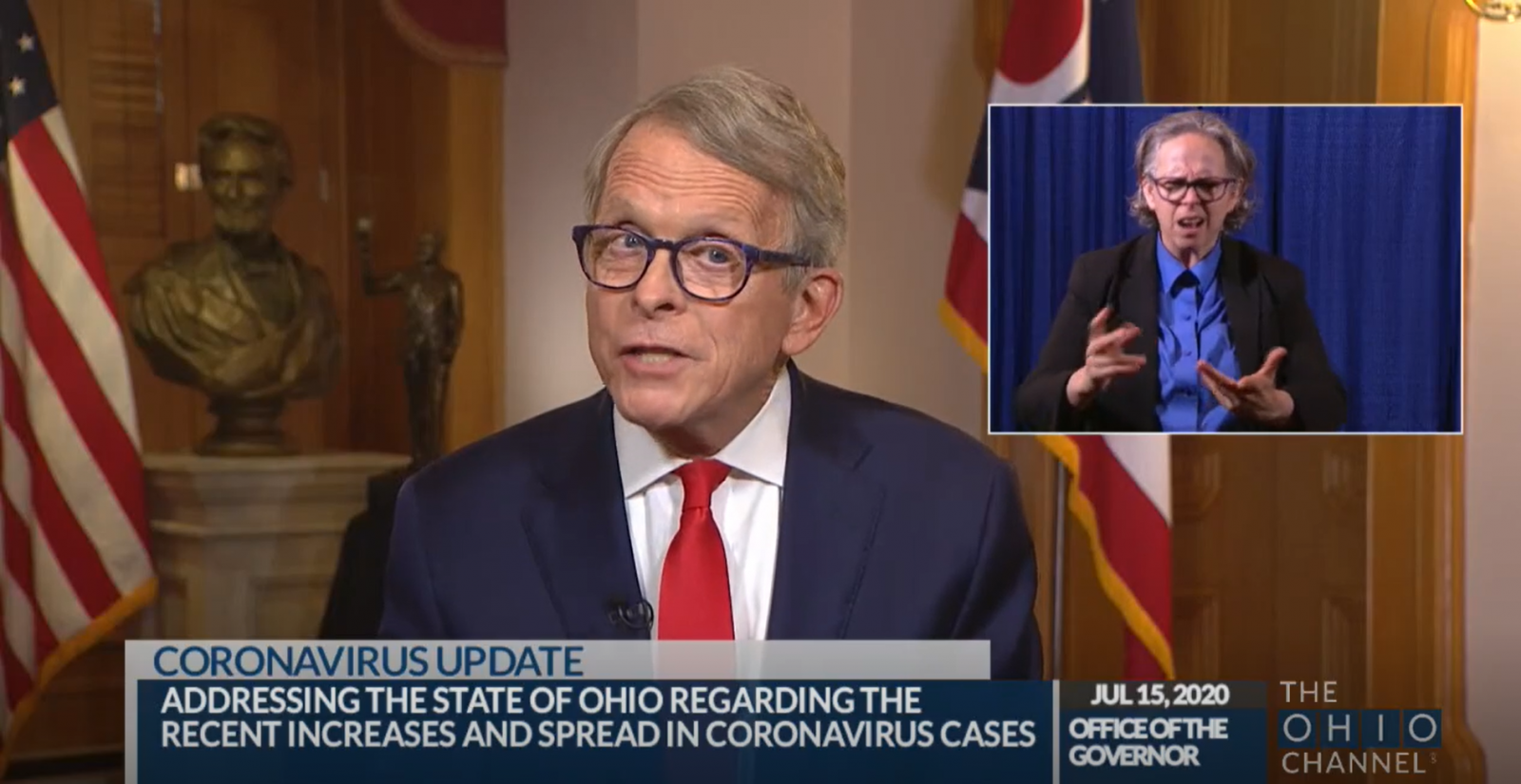 In what seemed like a Groundhog Day series of press conferences being held with almost no new information, Wednesday evening’s briefing may have taken the cake.

On Tuesday, Gov. Mike DeWine canceled a COVID-19 update to the state of Ohio and instead called a press conference for Wednesday at 5:30 p.m. to address the state of Ohio regarding the “recent increases and spread in coronavirus cases.”

While many expected an update on the mask mandate or even speculated a second statewide lockdown would be mandated, no new orders were announced during DeWine’s address. Despite speculation, it is not surprising that another lockdown was not ordered as doing so would threaten the state’s economy and unemployment rates.

State budgets are being cut at alarming rates, causing a trickle-down effect in multiple sectors, while unemployment funds are reaching insolvency. The state would be hard-pressed to bear another lockdown at this point.

DeWine did, however, greatly encourage everyone in Ohio to wear a facial covering over the next four to six weeks and signaled multiple times that Ohio is at “the most critical point”, and is headed down a dangerous path, much like the other states reporting spikes in COVID-19 cases such as in Florida, Texas, Arizona, and California. Recently in Florida, the sunshine state reported a single-day high of 15,300 new cases. Arizona reported 3,400.

At the time of publication, 3,075 Ohioans have died due to COVID-19. DeWine also mentioned that currently, 1,027 Ohioans are in the hospital due to COVID-19, with 316 in intensive care and 146 on ventilators.

Ohio has reached a state record of over 1,500 single-day cases reported this week, following the April and May peak of just over 1,100 cases reported; but the number of cases per day has not yet reached the pandemic levels observed in Florida.

Influenza, which has often been compared to the symptoms and onset of COVID-19, hospitalizes an estimated 200,000 people each year in the U.S., according to the Ohio Department of Health website. On average, the site says it is estimated that there are more than 20,000 flu-related deaths annually. Since the first case in the United States was confirmed Jan. 21, COVID-19 has affected nearly 3.5 million Americans and caused 138,000 deaths.

While no new measures were announced, DeWine said any future orders would be a “discussion for another time.” DeWine applauded initial efforts by Ohioans to flatten the curve.

An 87% increase in testing is a factor in why more cases are being recorded, but increased testing alone does not explain the nearly 200% increase in the number of new cases that DeWine mentioned in his briefing.

The COVID-19 situation has been evolving rapidly over the past few weeks. An alert map was created to instruct those at risk of high levels of COVID-19 exposure to follow mask-wearing mandates. No updates to the alert map were made on Wednesday during DeWine’s briefing.