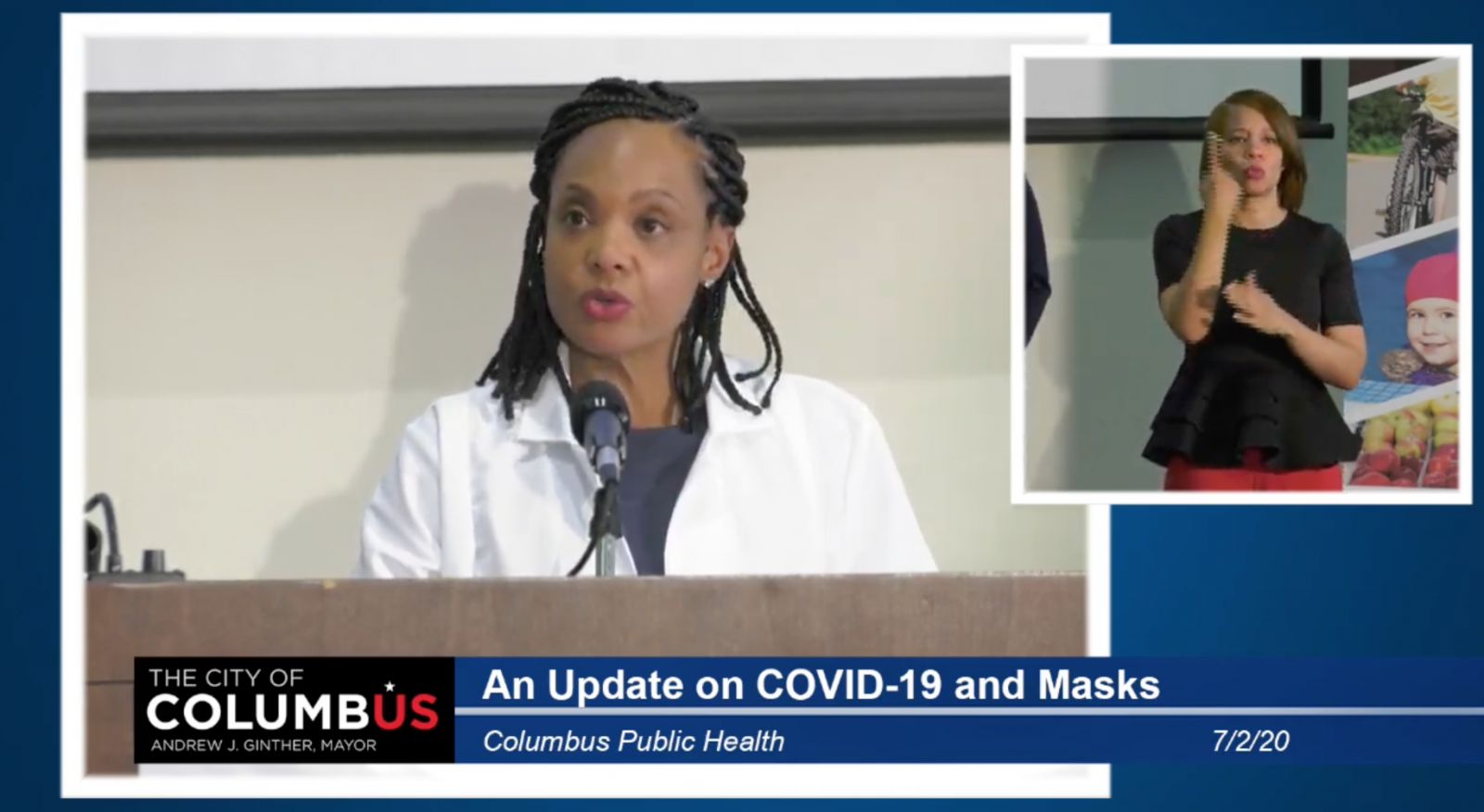 DeWine announces guidelines for Ohio schools to return this fall

On Thursday afternoon, the City of Columbus held a virtual press conference, in which Mayor Andrew J. Ginther signed an executive order that requires residents to wear masks in public starting tomorrow.

Key points of the conference include:

“In the last few weeks, we’ve gotten growing data that supports how masks are very effective in reducing the spread of the virus within the community,” Roberts said.

Ginther, Roberts, Alex Fischer–President and CEO of the Columbus Partnership–and Chris Suel–Director of My Brothers Keeper Village–were all in attendance to give the address.

Roberts mentioned that she would be making a recommendation to reduce bar capacity by 50 percent and decrease hours of operation. Restaurants and bars won’t be cited if they choose not to follow this recommendation.

Since June 10, Columbus Public Health has significantly ramped up testing, with over 2,800 tests between then and now; 1,500 tests have been administered outside of the CPH system, including increased tests of asymptomatic and people with mild symptoms.

A silver lining has been that Columbus hasn’t seen an increase in hospitalizations, only cases. Roberts mentioned that, currently, 11 percent of cases require hospitalization, with only 20 percent of those requiring treatment in the ICU.

Ginther made mention of the city’s Masks Equal Kindness Campaign, which has been making strong recommendations toward Columbus residents to wear masks.

“I know we’re fatigued, we’re tired, we’re stressed, and in some cases overwhelmed…but this is an opportunity for this incredible community…to take personal responsibility and do their part to protect the safety and health of our neighbors.”

Mayor Andrew J. Ginther at a press conference on Thursday