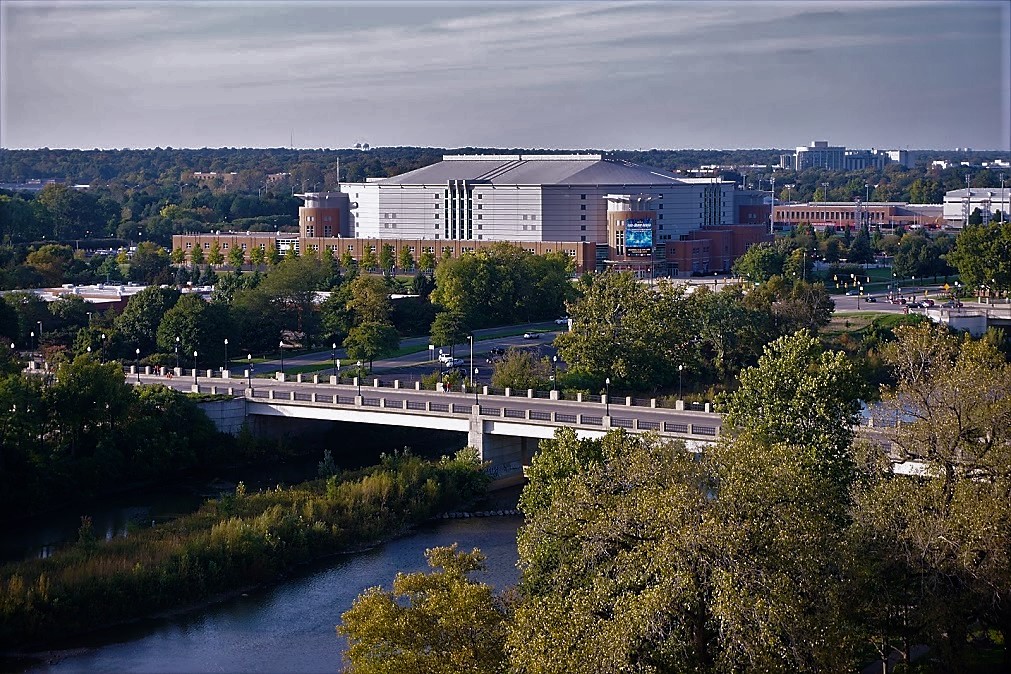 “This is something we are aware of but have decided it isn’t the right fit for us here in Franklin County,” said Franklin County Board of Elections public information officer Aaron Sellers.

Ohio State confirmed there have been no discussions on making the Schottenstein Center available for election purposes.

At the same time, Columbus Arena Sports and Entertainment, which books events for Nationwide, acknowledged they reached out to the Franklin County Convention Facilities Authority (FCCFA), which owns Nationwide Arena, to let them know they would be available to be a polling location if necessary.

Again, however, the Board of Elections decided that wasn’t in their plans.

“The thing is, we can’t just have that as an alternative location. We would have to assign precincts to vote at Nationwide Arena. Then it becomes (a question of) which precincts get assigned there, which ones don’t,” Board of Elections Director Ed Leonard told The Columbus Dispatch.

In Cleveland, Rocket Mortgage Fieldhouse, the home of the Cleveland Cavaliers, will be used both for voter registration Sept. 22 and as a voting site on Nov. 3.

This is not part of the NBA’s agreement with its players’ union to convert NBA franchise-owned-and-operated arenas into voting facilities because Rocket Mortgage Fieldhouse is a publicly-owned arena.

EDITOR’S NOTE: This story was updated with a comment the Board of Elections made to The Columbus Dispatch for further clarification of their reasoning.