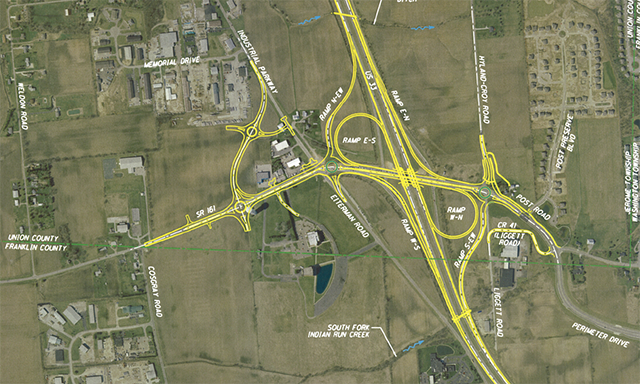 The lengthy process that could eventually bring improvements to the U.S. Route 33 and State Route 161-Post Road interchange have taken an important step forward, according to ThisWeek News.

The City of Dublin has received new funding from the Mid-Ohio Regional Planning Commission and the Ohio Department of Transportation for the comprehensive roadway.

The proposed changes include two loop ramps which would eliminate the need to access Route 33 via left turn, as well as multi-lane roundabouts intended to improve traffic congestion in the area.

Hopefully, these improvements will bring relief to this overworked interchange, which is operating 200% over capacity, leading to rush hour congestion and delays.