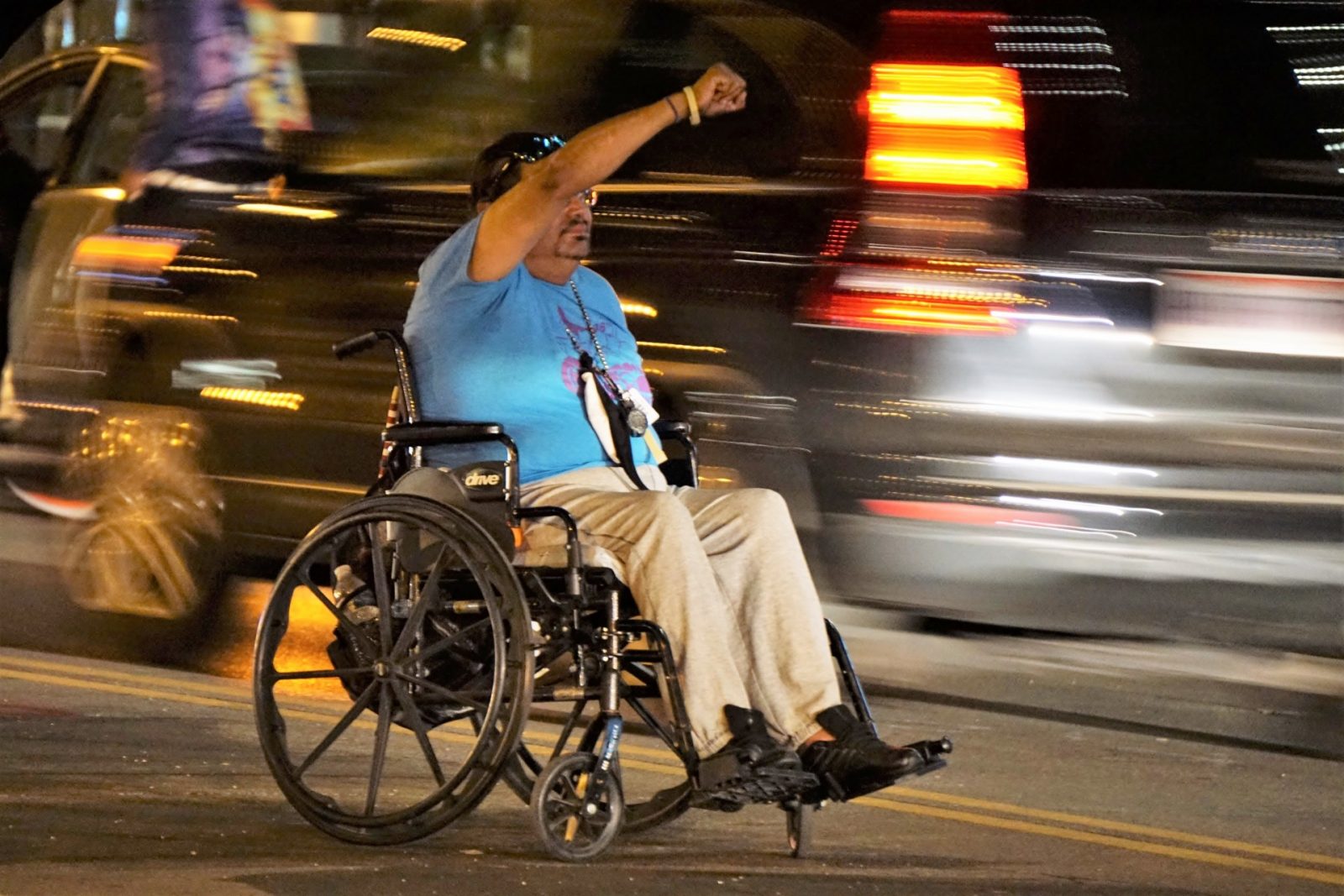 Protestors around the country marched after a grand jury in Jefferson County, Ky., decided against charging police officers with the shooting death of 26-year-old ER technician Breonna Taylor. The protests included a gathering here in Columbus, Ohio on Wednesday evening.

A public information officer from the Columbus Police Department said the event was peaceful, and no arrests were directly tied to it.

Meanwhile, Mayor Andrew Ginther released a statement on the grand jury’s ruling, saying, “I am heartbroken by this outcome of [the] Breonna Taylor case and share the anger felt by residents in Louisville and across the country. Police killing people of color with little consequence has to stop.

“It is yet another example of why we need police reform now. In Columbus we have taken proactive steps by strongly restricting no-knock warrants. We will continue to push for police reforms – including a civilian review board with subpoena power – to hold officers accountable.”

Ohio State University president Kristina Johnson made a statement as well, tweeting a video in which she said the grand jury’s decision “does not feel like justice.”

“We cannot accept what has happened in Louisville,” she continued. “The breakdown in the justice system and the killings of unarmed Black and brown people in our country has become all too familiar tragically. This isn’t going to stop until we create an anti-racist world.”

Taylor was killed in the early hours of March 13, when police used a no-knock warrant to enter her home. They were investigating Taylor’s ex-boyfriend who lived elsewhere, but police had argued in their application for the warrant that it was possible he had used Taylor’s residence to receive packages. (Taylor’s ex-boyfriend says they were no longer in touch).

She was sleeping next to Kenneth Walker when police arrived and entered the residence. Upon hearing the commotion at the front entrance, Walker grabbed his legally registered weapon.

Walker shot at police in the belief that the drug raid was a burglary. Det. Myles Cosgrove and Sgt. Jonathan Mattingly returned fire after Mattingly was wounded. Although Taylor was unarmed, she was shot by police officers six times and died a short time later. Accounts vary on whether they had identified themselves as police officers at the time of the first shot.

Former Det. Brett Hankison has been charged with wanton endangerment for his actions that night, but not because he shot at Taylor. Rather the jury indicted him on charges that he risked the lives of those in the next apartment by firing blindly through a door and window.

The jury decided against charges Cosgrove and Mattingly, finding their use of deadly force to be justified.

Penn State whiteout a no-go due to COVID

Middle West Bourbon Cream is home for the holiday

Exercise your right to vote

Grow a beard and make a difference