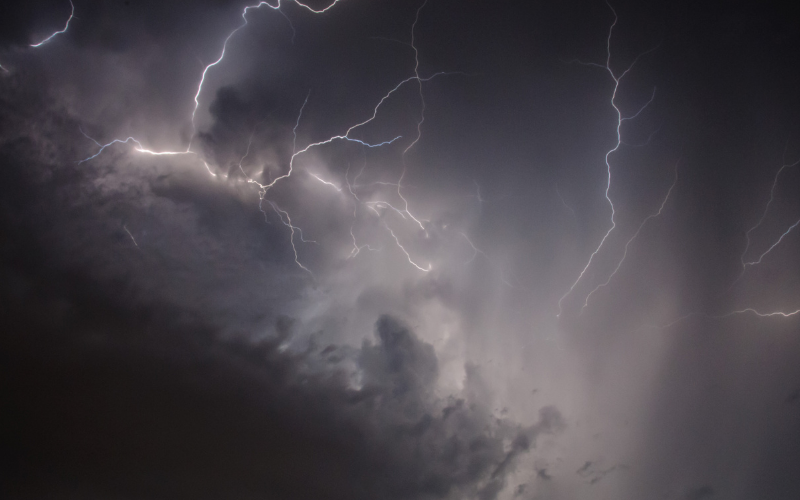 A severe storm in central Ohio set off tornado alerts in Franklin, Delaware, Licking, Knox, and Union counties Monday night, and knocked out the power of nearly 19,000 AEP customers.

(The latest on AEP’s outages can be found here.)

NBC 4 says there were no injuries reported as a result of the downpour, wind, and lightning.

Meanwhile, around 9 a.m. Tuesday, the National Weather Service announced that they would be surveying property damage in Union and Delaware counties, where the bulk of the destruction occurred.

When the storm hit, some of Columbus’s shutterbugs eschewed the safety of their basements to capture some remarkable shots of the menacing clouds.

Photographers also recorded some incredible shots of the lightning as the storm barreled through Columbus.