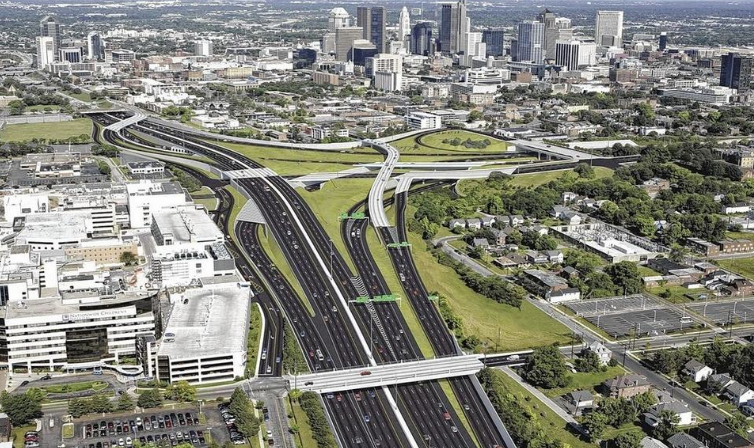 The American Transportation Research Institute recently compiled a list of the 100 worst traffic bottlenecks in the United States. For anyone whose commute takes them through the city’s downtown corridor, it will come as no surprise that the I-71 at I-70 interchange through downtown made the list.

The ATRI collects information by monitoring GPS data from commercial trucks for the U.S. Department of Transportation, tracking their movement to determine areas of congestion.

With the average speed of traffic clocked at 37.3 mph during rush hour and just 46.8 mph during non-peak hours, the the I-71 at I-70 interchange comes in at number 97 on the list of worst bottlenecks in the nation.

Perhaps most troubling among the statistics presented by the ATRI, the average speed of trucks decreased about 1% during peak hours between 2018 and 2019—meaning congestion in the area is only getting worse.

According to ODOT’s website, $350 million has already been invested into the interchange improvements, and another four projects worth more than $500 million will be constructed in the next six years. For more on improvement efforts, click here.