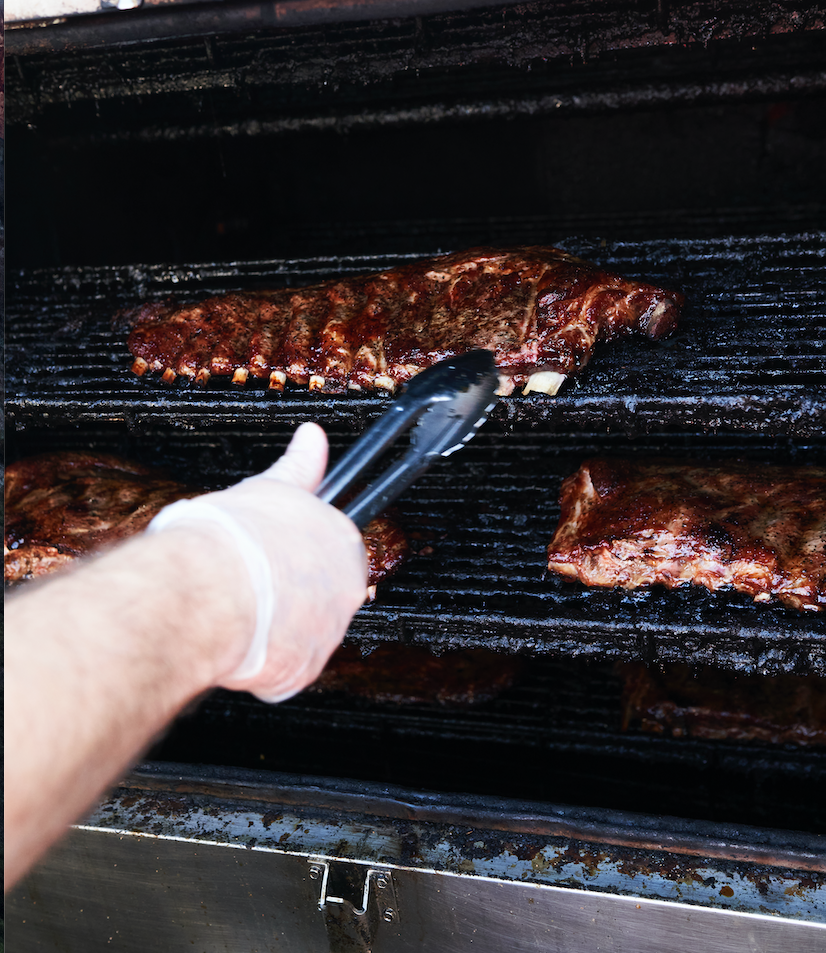 I have a smoking habit that I’m not trying to quit.

Smoking meats, that is.

For myself, and likely all at-home barbecue enthusiasts at one time, there were the inevitable days of bad barbecue. There will most likely be more of them to come; It’s, unfortunately, part of the process. It can be a little more than disheartening after you’ve spent the better part of a day nursing coal and adjusting your woodpile, to turn around and consume a less-than-stellar dish. But with cooler weather and (some form of) football (sports, something) get-together right around the corner, there’s no better time to hone your craft than now.

Below we offer you our best tricks and tips, as well as feedback from several lauded Columbus-area pitmasters, so you can enjoy smoking meats more, and end up with a better-finished product.

Before we get into specifics, it’s important to take a step back and realize something: you’re going to make mistakes. That’s just how it is. You also have to know that real mastery of smoking is a skill that comes with experience alone—there is no magic fix.

According to Max McGarity of Smoked on High—the former food truck turned German Village restaurant that’s widely regarded as some of the best barbecue the city has to offer—patience is the key.

“It’s about perseverance, not giving up because it takes a long time to perfect barbecue,” he said. “I associate BBQ with low and slow. That’s the mantra for how you cook but also how you have to learn as well. Technique comes with time.”

Greg Schmidt, head chef and pitmaster at downtown standout Pecan Penny’s, echoed this sentiment, noting the need for patience above all else.

“Be prepared for larger cuts (brisket or pork butt) to take longer than you think,” he said. “It’s much better to err on the side of getting done early than being extremely late and all your guests decide to order pizza instead.”

Find wood that’s good (for you)

It’s all too easy to get convinced one kind of wood is best for your tastes when, in truth, another type of smoke lights your taste buds on fire. And it’s just as easy to defer to a convenient bundle of whatever is widely available and cheap at the moment.

For me, though, this is the most fun part of smoking: the variety. You’re given a chance to learn more about the natural world around you, the qualities of woodsmoke and how they impart flavor, and how they hold up to heat.

You see different pitmasters in Columbus alone represent a wind range of preferences on this matter. Tennessee Pitt BBQ opts for the delicate, sweet smoke of cherry wood, while McGarity prefers a specific species of locally sourced hickory known as Shagbark Hickory (as well as some white oak), which offers a more robust smoke.

“Some say lighter woods are best suited for smoking ribs, but I disagree,” he said.

“My favorite wood to use is a combination of oak and pecan. I would consider both to be on the more mild side in their flavor profile as compared to something like hickory or mesquite. They compliment one another very well, and stand up well to a big cut of brisket, but won’t overpower poultry.”

The beauty: all of these methods can yield great barbecue.

My number one tip to rekindle your love for smoking, and really figure out the flavors you want, is to actively experiment with different kinds of wood. Like McGarity noted, it isn’t simply Hickory he uses, but Shagbark Hickory, citing that different regional variances or subspecies of trees can yield surprisingly different flavor profiles.

Grill with what you’ve got

If you’re a sadist, you could spend thousands of dollars on a grill. Ceramic eggs do make good conversation starters, and a lot of celebrities have them. But according to the experts, the actual equipment used to grill and smoke has much less impact on the outcome of smoked meat than the person making it.

“I’ve had all BBQ all across North American and everyone’s doing all of the same proteins. Some have been great, and others haven’t been; I’ve had good food made on cheap grills, and bad food made on expensive ones,” McGarity said. “You need to know how to use wood, and how to handle your proteins. And that all comes with experience.”

Smoked on High still mostly sticks with a relatively simple setup, the same one McGarity learned on. He utilizes indirect heat—meaning charcoal is placed on one side of your grill, with protein occupying the opposite one; and offset smokers, which are relatively compact and can be purchased for just over $100.

One additional piece of equipment you may want to invest in, according to Schmitt, is a meat thermometer.

“Barbecue is done when it’s done, it’s very much a look and feel thing that takes practice and every cook can vary. The internal temperature of your meat is a much more reliable way to barbecue than, say, setting a timer,” he said.