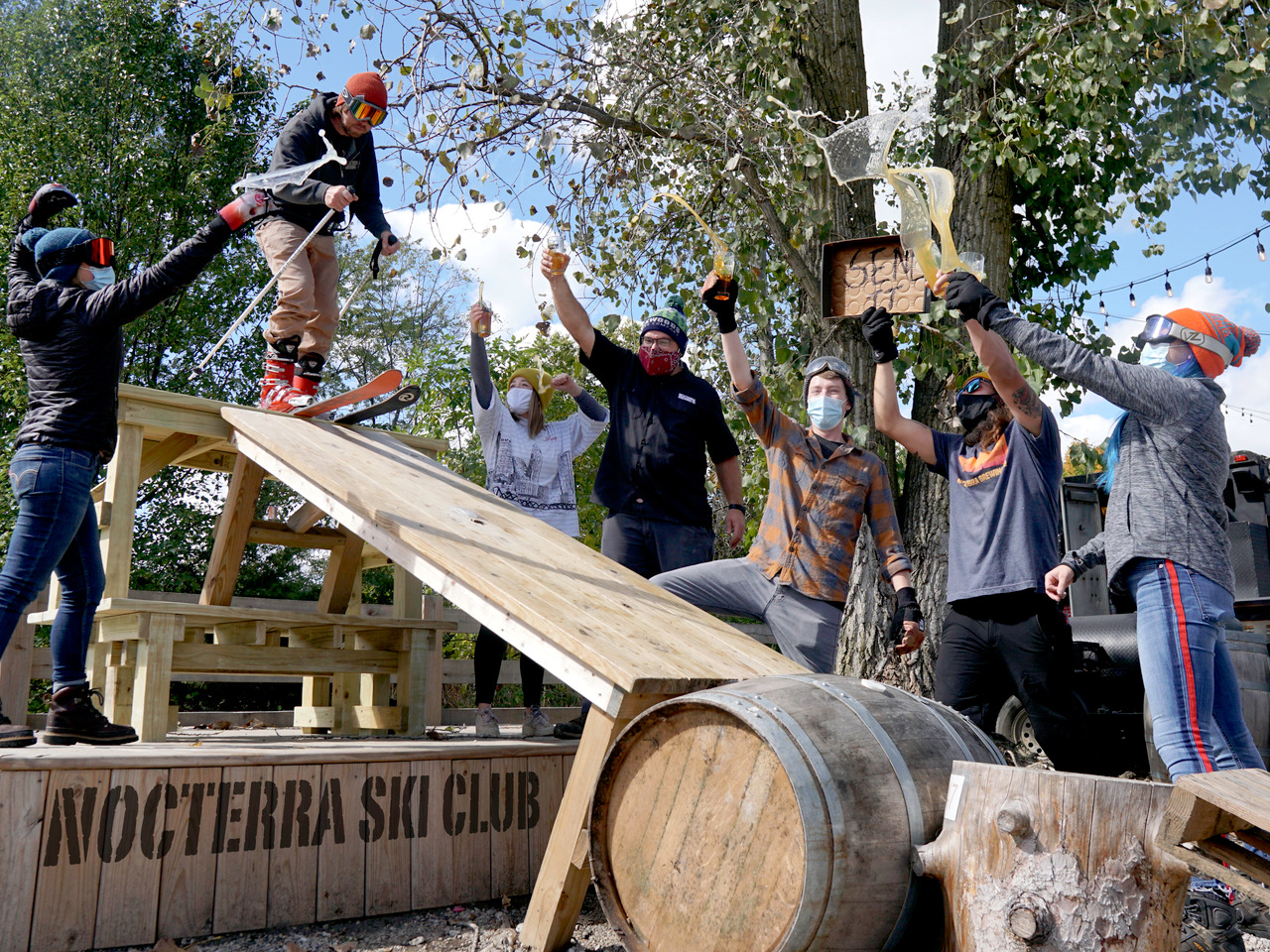 Looking for a cold-weather adventure, Columbus?

The Nocterra Brewing Co. Ski Club at Snow Trails in Mansfield is back for its second season.

James Knott, who does social media and marketing for Nocterra, said outdoor adventures are part of the brewery’s brand. With the motto “Beer + Outside = Nocterra,” the brewery has also founded a Weekly Fun Run with Columbus Running Co. and a mountain bike team with Trek Bicycle Corp.

Propelled by a passion for skiing and snowboarding, brewery staff started the ski club in winter 2019.

“Current conditions have limited the scope of the club activities we can do, but we look forward to meeting up with club members at the resort and enjoying time on the slopes,” Knott said.

Nocterra is also taking a bit of the skiing spirit and bottling it.

Several team members have worked in the ski industry and have connections to Aspen Ski & Board, Knott said. A new collaboration beer with Aspen is due out at the end of the month—a session IPA called “Snow Cannon”.

“Team members from Aspen Ski & Board helped us come up with the recipe and came for brew day,” Knott said.

For some fun off the slopes, Nocterra is hosting “Frosty Fest Winter Challenge” Jan. 23 in the beer garden at 41 Depot St. in Powell, awarding prizes on the hour to guests with the most creative winter gear. The day will be topped off with an outdoorsy winter trivia contest.

Sounds like a solid bet for those of us who can be found hiding out in the ski lodge with a mug of hot chocolate.