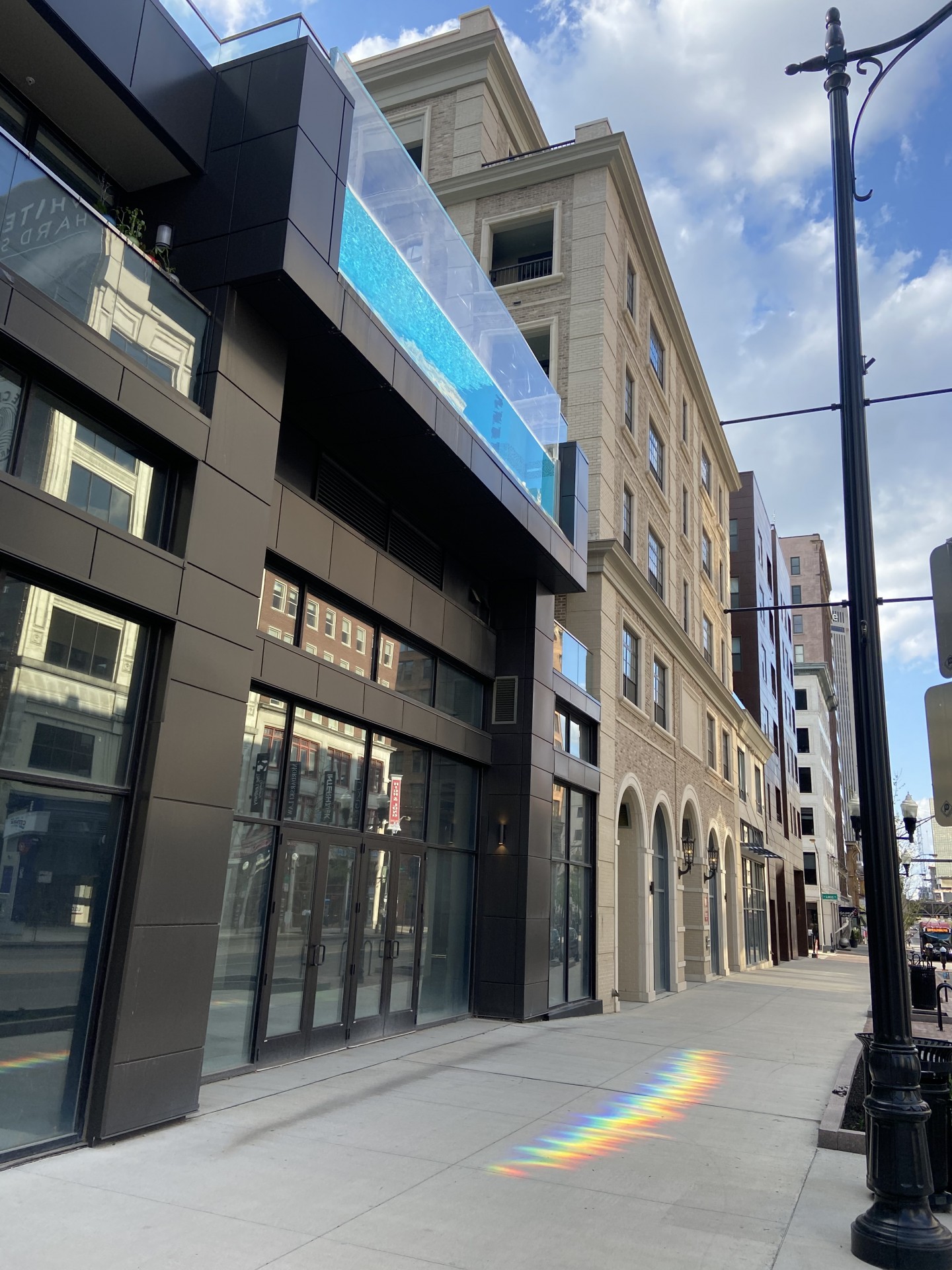 At about 6 p.m. just over a week ago, Loren Foster was skateboarding downtown when he saw it: A 30-foot long, wiggly rainbow in the center of the sidewalk.

“I excitedly rolled [through] it while shooting a quick video on my phone and continued on my ride,” Foster said.

And when Foster returned (rainbow-hunt style) to see if the rainbow would show up again the next day, there it was at 5:45 p.m. at 89 High St.

“It looks like a real life digital filter and looks wild,” he said. “Coolest thing I’ve seen in a while.”

What was going on?

Foster has a theory: The sun’s rays are being cast through a third-story infinity pool that faces High St., creating a prism that casts onto the street.

Foster suspects the rainbow might show during a specific time of the year, because of the sun’s location in relation to the pool and the sidewalk area.

“It’s truly unique and a gift to us all from the sun, that magnificent pool, and the ominous building that it’s cast in front of,” he said.