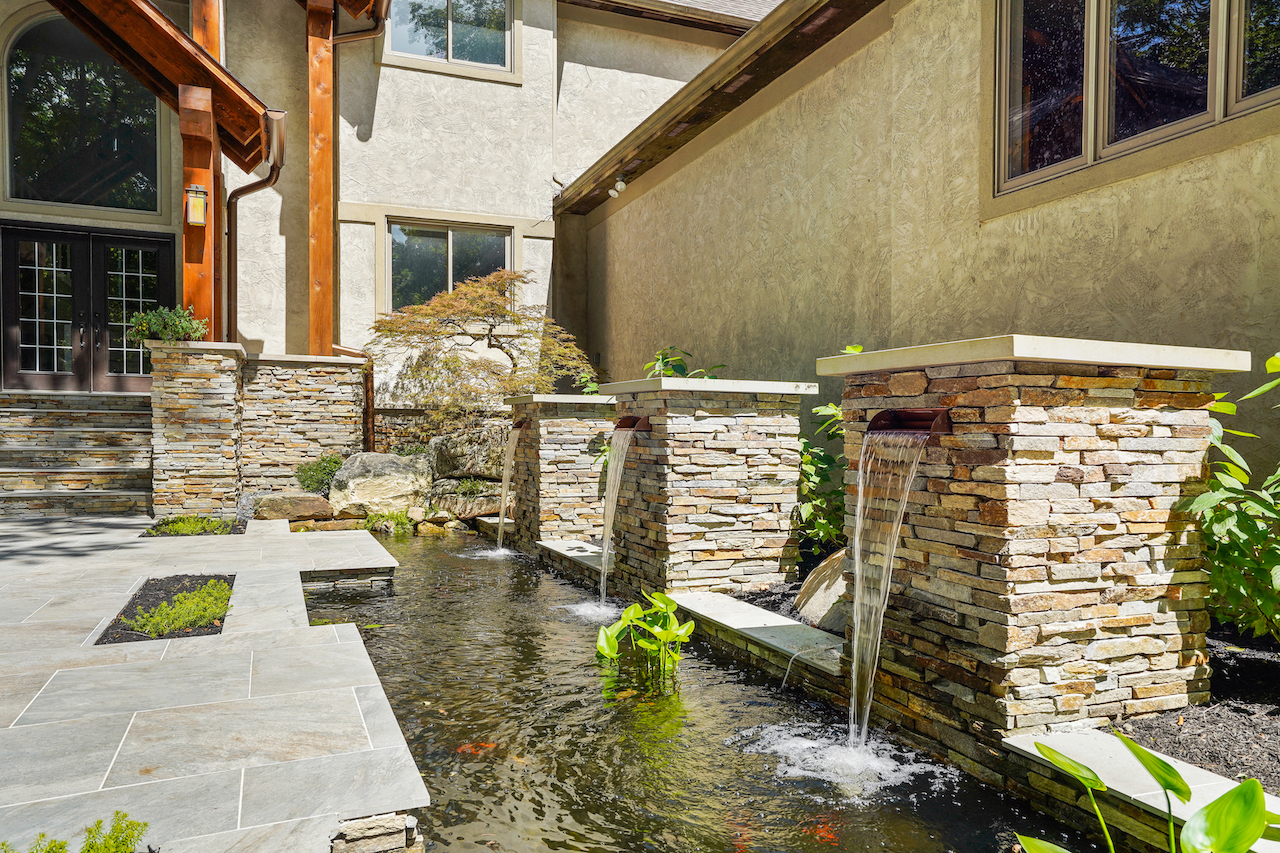 Can you guess our city’s favorite dog breed?

Since the pandemic, we’ve all been spending more time at home. And since it’s getting warmer, it’s the perfect time to figure out ways to level up your yard. Water elements can be a fantastic way to transform it into a magical oasis.

Halfway in between a hot tub and a pool, swim spas can be used like a very small pool or a very large hot tub, said Noah Mabry, principal lead designer with Foreground Studio. In the last two years, the designer has received many requests for the spas, which feature water nearly as hot as a traditional hot tub, and motors that create a current.

While regular fountains are a mainstay of a lot of landscape design, Will Lehnert, owner of Outdoor Space Design, recommended wall fountains. The fountains can be either mounted to something or built into a wall. Another plus? Being vertical, wall fountains take up less space than a large, tiered fountain.

Water is an important ingredient in creating a backyard oasis, said Bill Gerhardt, president and founder of GreenScapes Landscape Co. Small, ornamental pools are a popular choice, he said, as are larger ponds with goldfish, lilies, and irises. “The outdoors is becoming so much more important,” he said.

Natural ponds and reflecting ponds that are organically incorporated into the flow of the entire landscape are very on trend, said Mabry. Especially in urban environments, the features can provide an auditory alternative to the sounds associated with city living. “Just the presence of water is like a calming and cooling effect,” Mabry said.

Since the pandemic has prevented people from taking that vacation or visiting a water park, many people have decided to opt instead for pools and hot tubs, said Mabry. “It’s changing the way people value the space they have at home,” he said.