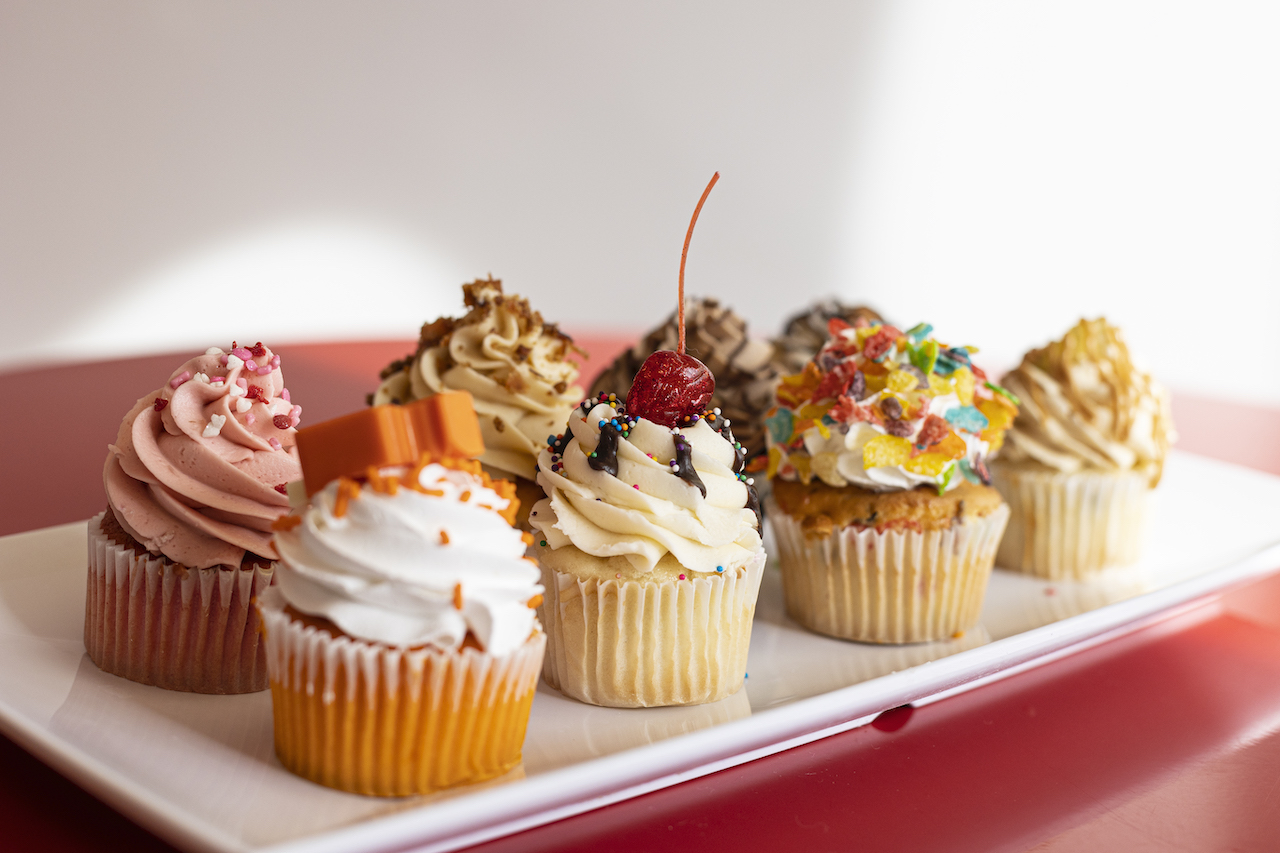 Coffee house to open in Hilliard

Sugar Rush embraces the weird and wonderful side of baking

In 2018, Sugar Rush owner Amanda “Mandy” Miller baked the first cake of her life. It was four layers high, decorated in handcrafted red, white, and blue buttercream—and it ended up exploding.

“That really began my interest in baking, and it kind of just spiraled from there,” said Miller of the intentional “explosion cake,” she had crafted for a local Fourth of July Party. In this style, the cake’s center is hollowed out and replaced with a bounty of colorful sprinkles and small candies. When the cake is cut into, these spill out in a fun, festive display that’s also full edible.

More important than stealing the show at a neighborhood Independence Day bash, this cake marked a real turning point for Miller. Not only did she demonstrate some prodigious baking talent, it turned on a light for her that’s still burning brightly to this day: a passion for whipping up the wildest and most flavor-packed baked goods the human mind can conjure up.

“I would get off [work], and end up baking until 3 a.m. almost every night,” said Miller of working her day job for a real estate company before going home and baking like crazy.

As demand for her kooky custom cakes skyrocketed, Miller transitioned from a home bakery to renting out the kitchen of Sexton’s Pizza after-hours to her own storefront, all in just over a year’s time. The 8130 E. Broad St. location in Reynoldsburg opened last November and shows Miller’s passion for the crazy and colorful with its neon-colored slime painted down the walls and giant gummy bears flanking either side of the main entrance.

“I think if we keep everything the same we’re not going to stay relevant. I think in Columbus especially, where everything is new and changing all the time, you have to be willing to change,” said Miller. “Every week we’re thinking of different flavors and different  things that we’re offering, and I think that’s what drives a lot of people in.”

If it’s a custom cake you’re after, Sugar Rush offers 30 different base flavors put together any way you’d like: the crazier the better. Their creations range from flashy superhero and Star Wars-themed birthday cakes and cakes decorated with multiple full-sized donuts; to prisitine-white cakes featuring Pennywise the clown that are splattered in red, and even (tastefully-done) X-rated options.

The store’s most memorable creation? An explosion cake that held (in addition to a deluge of sprinkles) an engagement ring in its center. She said yes, by the way.

While custom cakes are the “bread and butter” of Sugar Rush, according to Miller, the opening of their Reynoldsburg storefront also led to an increased focus on cupcakes, which allows customers to try a greater range of flavors without having to shell out for a full cake.

While classic options like chocolate and cookies n’ cream are offered, so is a wide range of other more inventive options. Their signature cupcake, the Elvis, features banana cupcake with peanut butter, buttercream, candied bacon, and freeze-dried banana topping. Other favorites include the Flapjack, which has a cinnamon base with maple icing and candied bacon, and the sweet-and-spicy Strawberry and Jalapeno.

Now with a staff of talented, dedicated employees—Carol Popp serves as Head Designer and Craig Roberson as Head Baker—the Sugar Rush team is constantly dreaming up fantastic new creations (including dessert tacos and churro baskets). Roberson recently created a new bread pudding cupcake based on his grandmother’s that patrons have been raving about. Just don’t ask him to give up the recipe. The Sugar Rush team is even experimenting with savory flavors as well, so keep your eyes open for those.

Even more, Miller believes the bakery’s embrace of the wild and wonderful goes beyond just food: it represents the best, most accepting, parts of Columbus, a city she’s grown to call home.

“I’m from a small town in PA, you know, one stop light. If I went there now and brought this they would be like, no thank you, you’re crazy,” she said. “But that’s what I love about Columbus, is you can really express yourself, you can be who you want to be. Tattoos, blue hair, crazy clothes: we love it. So no matter what you like, come in here, have a good time, and enjoy some frickin’ sweets.”