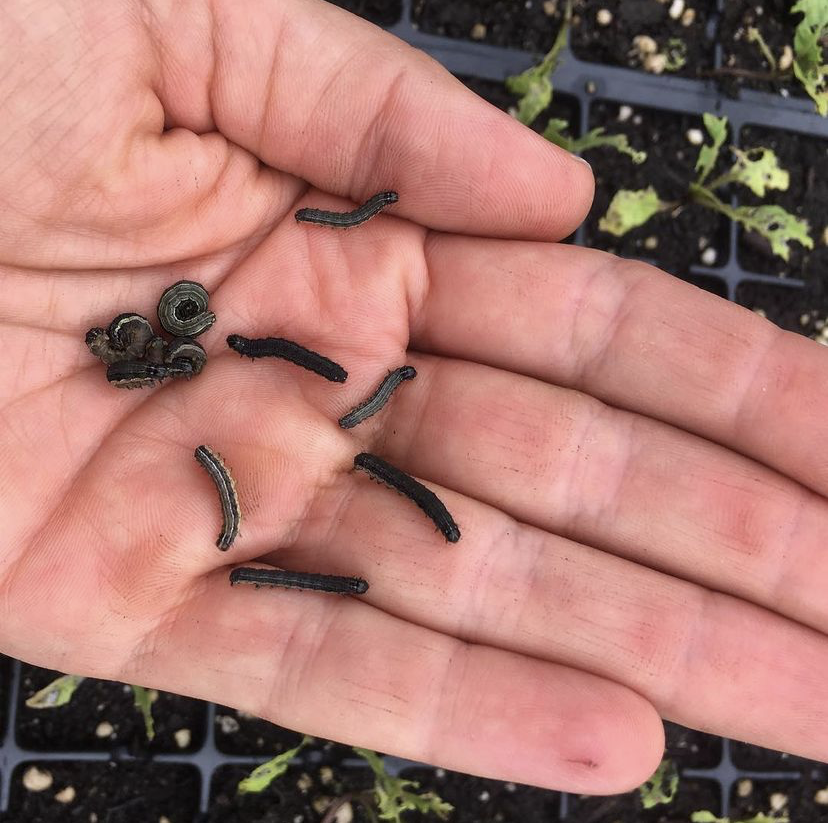 The Weekender: Three $$$ restaurants worth the spend

Normally, we don’t see them in Ohio at all. In fact, the last time they were in the state was over four decades ago, in 1977.

We’re talking about the fall armyworm, a bizarre and circumstantial pest that’s currently sweeping through the Buckeye state, leaving a litany of wrecked farm fields and residential yards in their wake.

And while this might seem like hyperbole, it’s actually far from it. Armyworms—the larval stage of the armyworm moth—have been known to consume entire fields of corn or alfalfa in a matter of days.

They’re not picky eaters, either. The roughly inch-long caterpillars—ranging in color from green to black to muddy brown—will also make their way through any number of commercial crops as well as your front and back yard, where they’ll leave nothing but a barren, brown lawn.

In fact, their impressive feeding habits are where the insect got its name.

“Armyworms are so named because of their habit of moving en masse to greener pastures once they’ve depleted their food supply.  It is not uncommon for the caterpillars to move from field crops into nearby turfgrass,” reads an entry on the pests from the OSU Buckeye Yard & Garden Line. “Once they move into turfgrass, the caterpillars will continue feeding until there is no more food or they complete their development, whichever comes first.”

And while there’s not a whole lot about these strange, little insects that is typical, perhaps the most unusual aspect of the fall armyworm has to do with how it arrives in Ohio.

Armyworms are native to the tropics of the western hemisphere—and sometimes occur in the southern United States—but it takes a perfect storm of conditions for them to make their way this far north.

“We believe adults from those outbreaks were picked up in the storm front that came from the south across much of Ohio about four weeks ago,” said the OSU Buckeye Yard and Garden Line. “The adults of these moths have been known to travel 500 miles, even more, in 24 hours.  They can get into the jet stream and move vast distances, then drop down to find suitable host plants.”

So watch your lawns, Columbus (and your crops if you have them), because these weird little worms could be around through the month of October. Let’s just hope your only encounter this year with these hungry, hungry caterpillars is learning about them over the internet.

If you like this, read: Would you eat this Dayton cicada pizza?