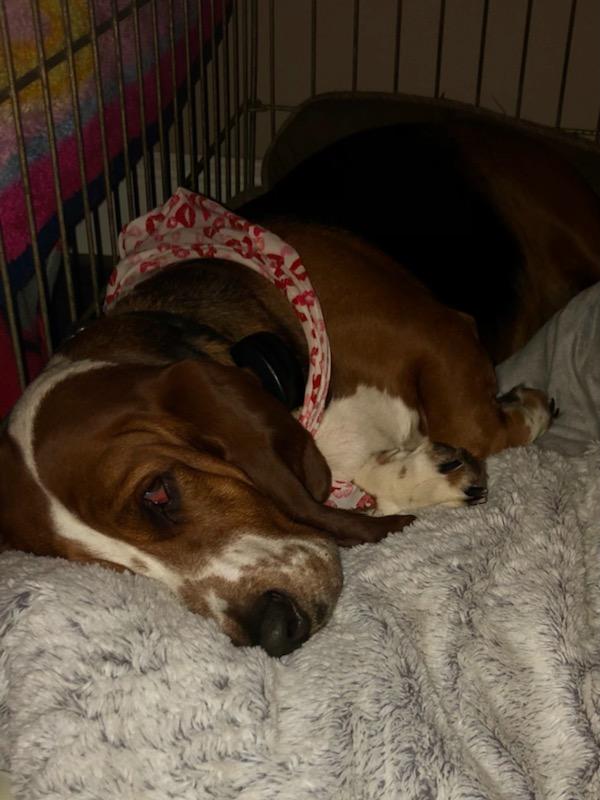 It started with a goose.

This goose was injured, and couldn’t fly away when Kari Henneke’s Basset Hound, Rosie, chased after it onto an ice-covered Hoover Reservoir the afternoon of Feb. 9. The reservoir wasn’t completely frozen though, and Genoa Township firefighters and police officers are to thank for saving Rosie, who had fallen into a hole in the ice.

“I’m just forever indebted to the men that helped us,” Henneke said.

Rosie’s adventure began inauspiciously enough. Henneke had taken her daughter, Sarah, out sledding behind their house, and Rosie and Henneke’s three other dogs were out as well.

Then Rosie spotted that goose.

“I think she got really excited when she went to chase after it and it didn’t fly away,” Henneke said.

While Henneke screamed for Rosie to come back, her dog instead focused on following the goose farther and farther onto the ice, toward the huge, pond-sized hole. Panicking, Henneke called 911.

When police and fire showed up, Rosie “was so far out that you couldn’t even tell that she was a dog,” Henneke said.

Genoa Township Fire Chief Joseph Ponzi said township police and fire were dispatched at about 1:40 p.m. to the Hoover Reservoir. Rosie was as many as 400 yards away from the shore, and treading water.

“I’m always proud of the services that our personnel provide to people in their time of need, no matter what that request may be,” Ponzi said.

Henneke said two of the men donned gear and, tying a rope to each other, walked out onto the ice toward Rosie and were able to pull her out of the water.

Two officers took Rosie to My Vet Animal Hospital in Westerville, Henneke said. She had been in the water for at least 20 minutes, and needed to be warmed up. But within a half-hour, Henneke was reunited with her dog.