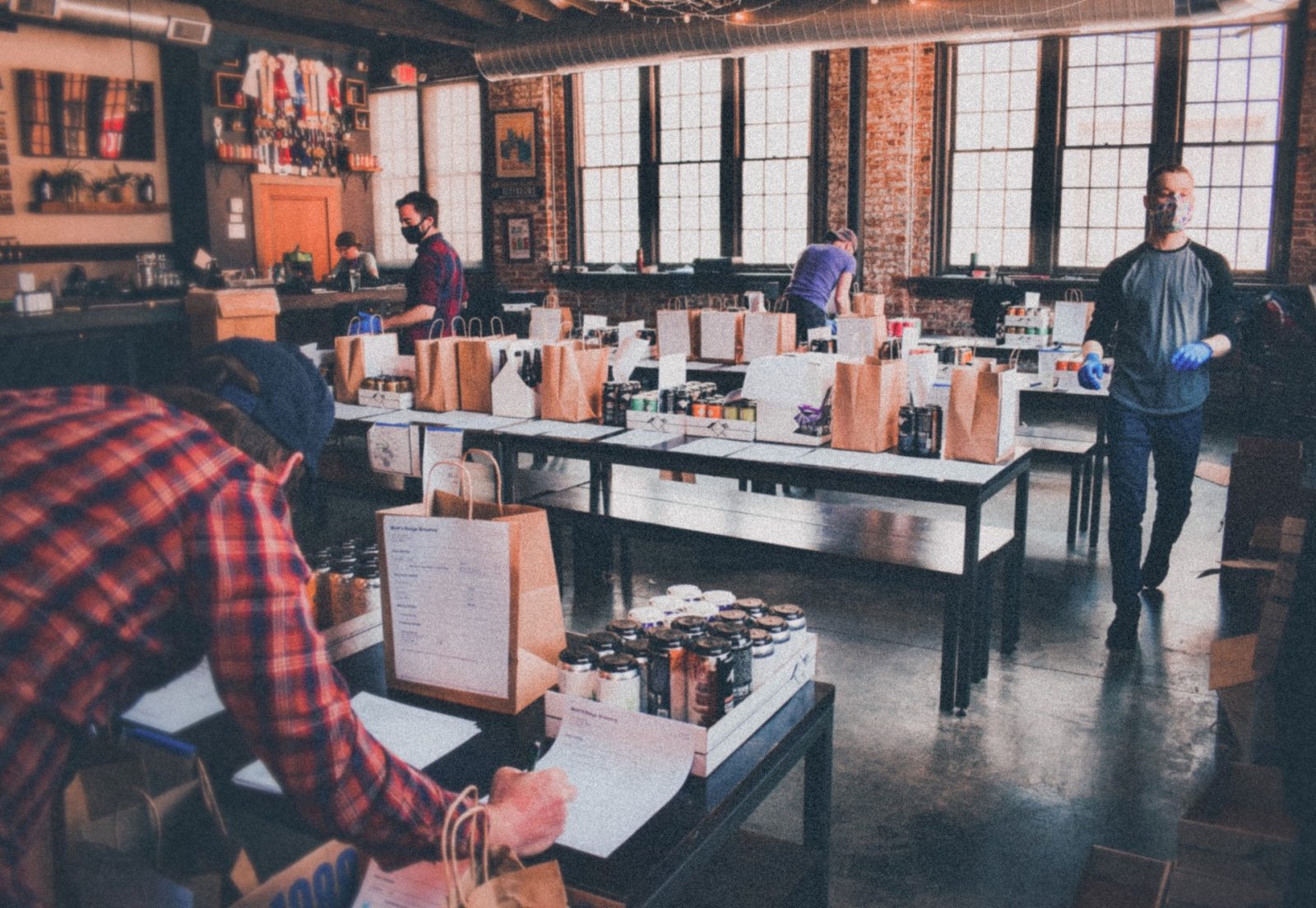 More help is finally on the way for small Columbus businesses, following a Federal stimulus bill that includes—among other items—another round of forgivable Paycheck Protection Program (or PPP) loans as well as legislation that makes the expenses covered from these loans tax deductible.

The question for local small business owners, though, is will it be enough?

Businesses with under 300 employees that saw a 25% reduction in gross revenue in any quarter in 2020 when compared to 2019 are able to receive an additional loan equal to 2.5 times (in some instances 3.5 times) their average monthly payroll expenses in 2019.

And for certain businesses, such as Wolf’s Ridge Brewing, one of the largest and most popular producers of Columbus craft beer, this additional assistance couldn’t have come soon enough.

“We knew pretty soon after the first round that we were going to need some help. Especially going into the colder months, not only were we more likely to see spikes [in COVID cases], but it was going to be a slower period for restaurants; January is one of our slower months,” said Wolf’s Ridge co-owner Bob Szuter. “Luckily we’ve been able to continue with enough of a business for this to make sense, but it hasn’t been easy.”

Wolf’s Ridge, like so many other local businesses, has been forced to walk a tightrope of COVID restrictions since last March, leading to dining room closures and abbreviated taproom hours that have carried through, in part, to today. Because of these setbacks, the brewery has been forced to become increasingly inventive during leaner months, implementing everything from beer and cookie pairings to home delivery options.

And while Szuter said the brewery hasn’t yet determined exactly what their second round of PPP loans will go toward, 60% of the money must be used to fund payroll for the loan to be forgiven. Szuter also believes that portions of the money will likely be used to cover supplier costs, rent, and utilities.

And even though businesses are receiving a much-needed boost from this second wave of funding, many local businesses have still voiced frustration concerning how the process has been handled overall.

Faith Pierce, co-owner of both Yellow Brick Pizza and the Oracle, is grateful for the second round of funding, but she still believes more could have been done for small businesses—especially those in the food and drink industry, which have struggled mightily since last year.

“Well, I think it’s not enough. Once again, there’s nothing that specifically targets help for our industry and its particular challenges,” Pierce said.

Szuter echoed these sentiments, believing the federal government should have been more proactive in this area, particularly over the second half of 2020.
“We’ve been asking for this for a while, so it was extremely encouraging to see that come through last week, but there’s a little bit of frustration as well. It’s been a frustrating last six months overall. Some of us have had to borrow more and are in deep holes that could take a while to climb out of.” Szuter said. “Right now, we’re happy, but we’re expecting more support in 2021. This is a starting point.”

Dueling piano bar to open in Arena District this fall

Don’t sleep on this local P.B. out later this month