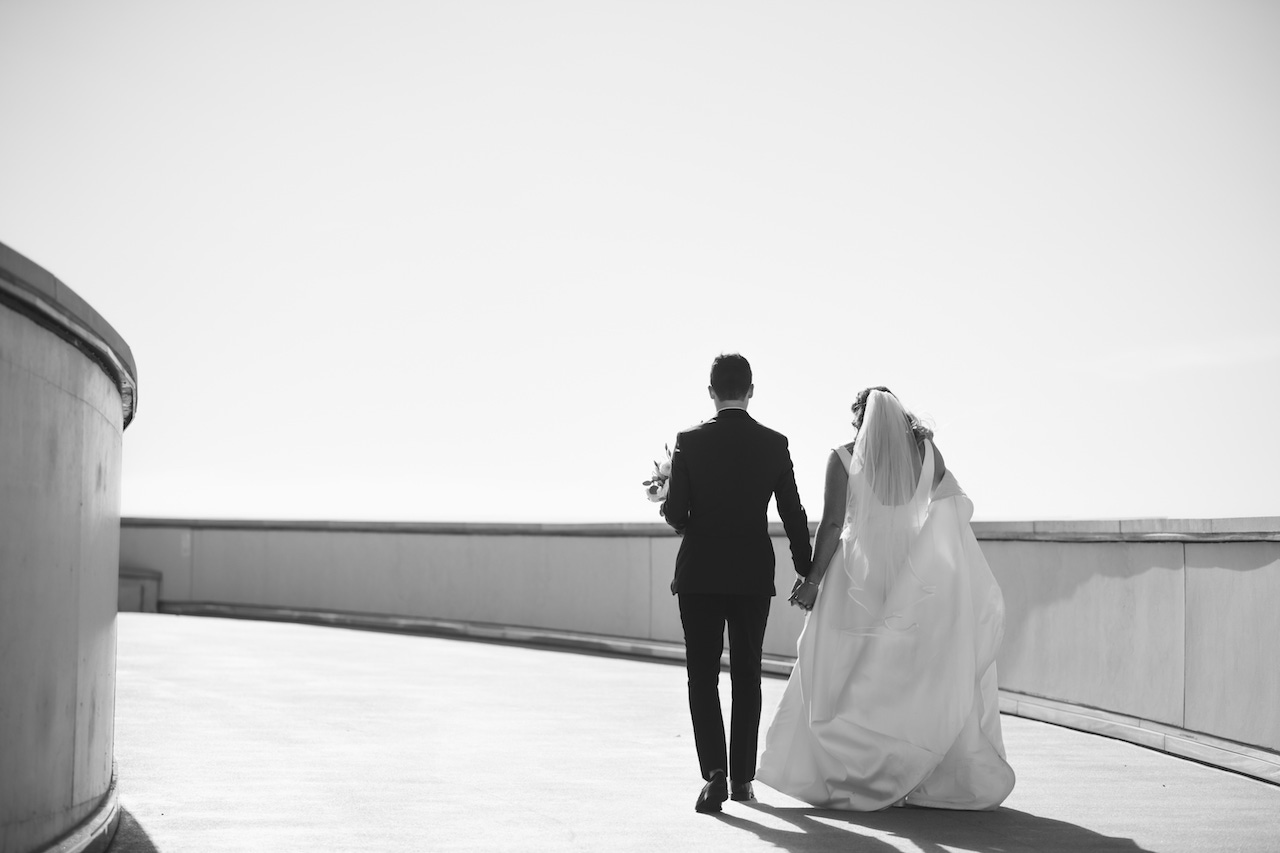 Jessica and Pete Ryan can’t remember exactly how they met.

But really, how much can you remember from when you were a toddler?

The Ryans met as preschoolers in Westerville. They played soccer on a team coached by Pete’s dad, and they also had siblings who were the same ages and in the same classes.

“So we literally have no idea where we met,” Jessica said.

Jessica and Pete Ryan’s story covers decades of friendship, love, laughter, and hard work that has culminated in a life together in Grandview Heights. The couple weathered a long-distance relationship and more recently, the challenges associated with planning a wedding during a pandemic. But the team ultimately prevailed, creating a wedding day that perfectly represented their near-lifelong relationship.

But before all that, Pete and Jessica were childhood best friends. They played soccer together, went through school together, and started dating during their junior year of high school.

After high school, Jessica went to college in Pennsylvania, while Pete went to Indiana. Jessica played lacrosse, so for the entire spring semester every year, she was unable to do much else. Sometimes, they would go months without seeing each other.

After graduation, Jessica came back to Columbus to earn her Master’s degree at Ohio State, but Pete got a job in Pennsylvania—so the long-distance relationship continued. After a year and a half, Pete was allowed to work remotely, and he finally returned home to the Columbus area.

“We were long-distance for about five and a half years of our 10-year relationship,” Jessica said. “Sometimes, we look back on that and we’re like ‘How did we do that?’

“We wanted to stay together, so we were willing to do the long distance thing,” Pete added. “It sucked, but we did it. Technology, like FaceTime, makes long-distance relationships a lot easier.”

They used a prototype website to watch movies together: date nights, sitting in their rooms.

Both Jessica and Pete are project managers and admittedly very detail oriented.

“Every time we were together, it was important for us to know the next time we were gonna see each other,” Jessica said. “We needed countdowns, something to look forward to.”

After more than eight years of dating, they knew they would marry each other.

“I would send Pinterest links, subtle hints that weren’t subtle at all,” Jessica laughed.

And she knew her family would be present for the proposal. So, during Pete’s family vacation in Hawaii, she wasn’t at all concerned with looking perfect for surprise engagement photos.

But during a horseback ride on the beach, a sunset photo stop turned into something more.

“We see this umbrella and people there, and I’m like, ‘These people are gonna be in our shot! This is so rude!’” Jessica recalled.

But suddenly Pete popped the question, and Jessica realized that among “those people” were her parents.

“There are epic photos of me just sobbing,” she said.

Since the 10-year anniversary of their first date was Oct. 16, 2020, the Ryans were determined to get married on Oct. 17, no matter what.

So how did two project managers respond to 2020’s unwelcome surprises? They planned for every eventuality they could think of.

“We made lists,” said Jessica. “We got to a place that, even with restrictions, we could have the wedding we wanted and not sacrifice too much.”

“If we had to reduce our numbers or change what we were doing, we would,” Pete continued. “I think our parents were surprised that we powered through, damn the torpedoes. But our incessant planning, down to the millimeter, really helped.”

“Don’t get me wrong, there was a lot of stress. I cried a lot,” Jessica added. “But it ended perfectly.”

The concessions they made were minimal. And they got to celebrate a lifetime of being together, with their families by their sides, and with the rest of their story ahead of them.