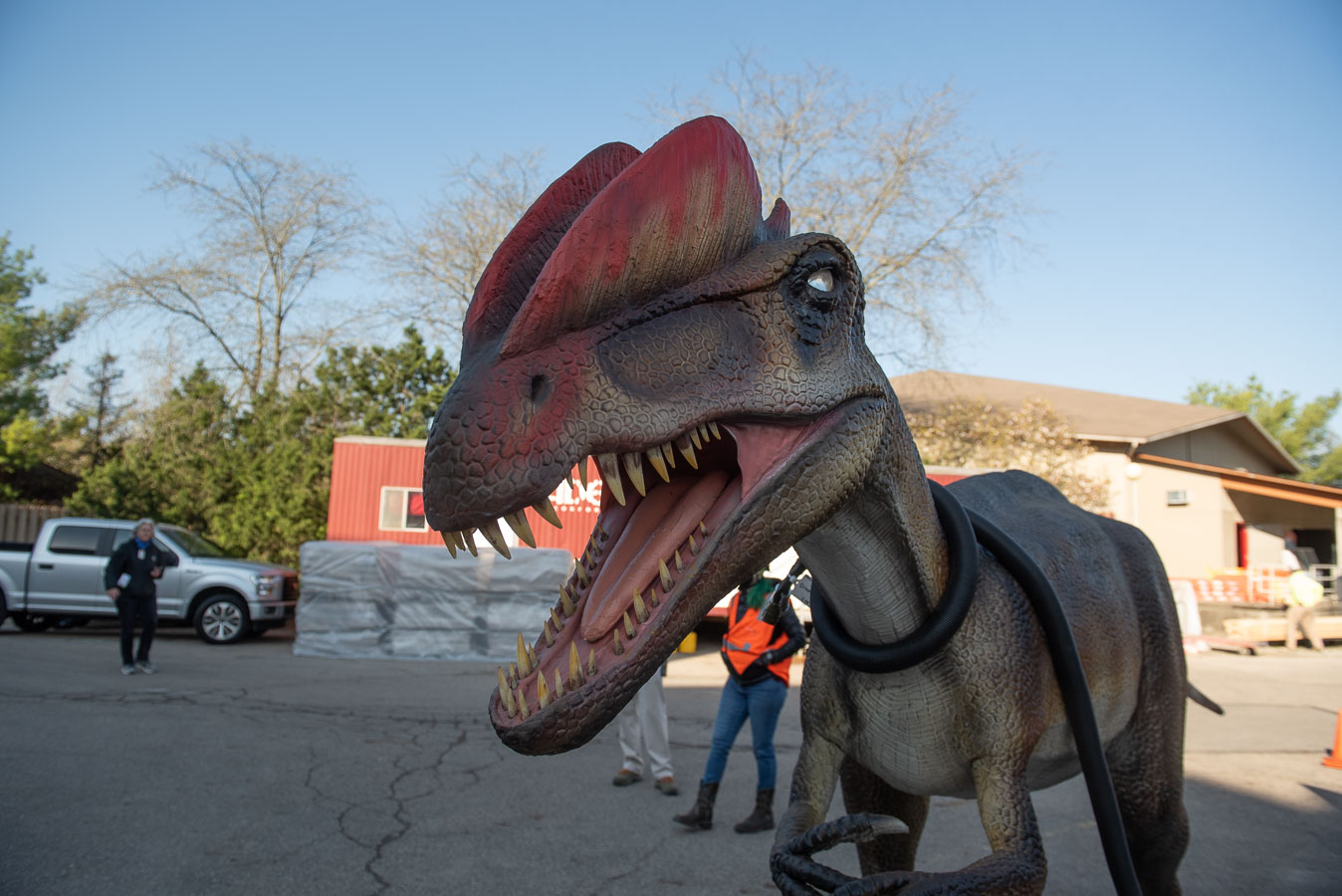 Fifteen new dinosaurs will be featured in the Columbus Zoo and Aquarium‘s Dinosaur Island, set to return May 29 and run through the end of October.

According to a release, returning favorites like the good old Brachiosaurus (30 feet tall and 65 feet long!), will be attending the Paleozoic Era-festivities as well.

Over 30 animatronic dinosaurs, able to blink and move their tails, will be featured in the display. The dinos started arriving at the Zoo April 26 and will be assembled over the next few weeks. Featured dinos include Tyrannosaurus rex, Lessemsaurus, Omeisaurus, Gastonia, Triceratops, Stegosaurus, Riojasaurus, Utahraptor, and Compsognathus.

To attend, you’ll need to purchase a special admission ticket that’s $3 for general admission, $2 for Zoo members, and free for Zoo Gold members.