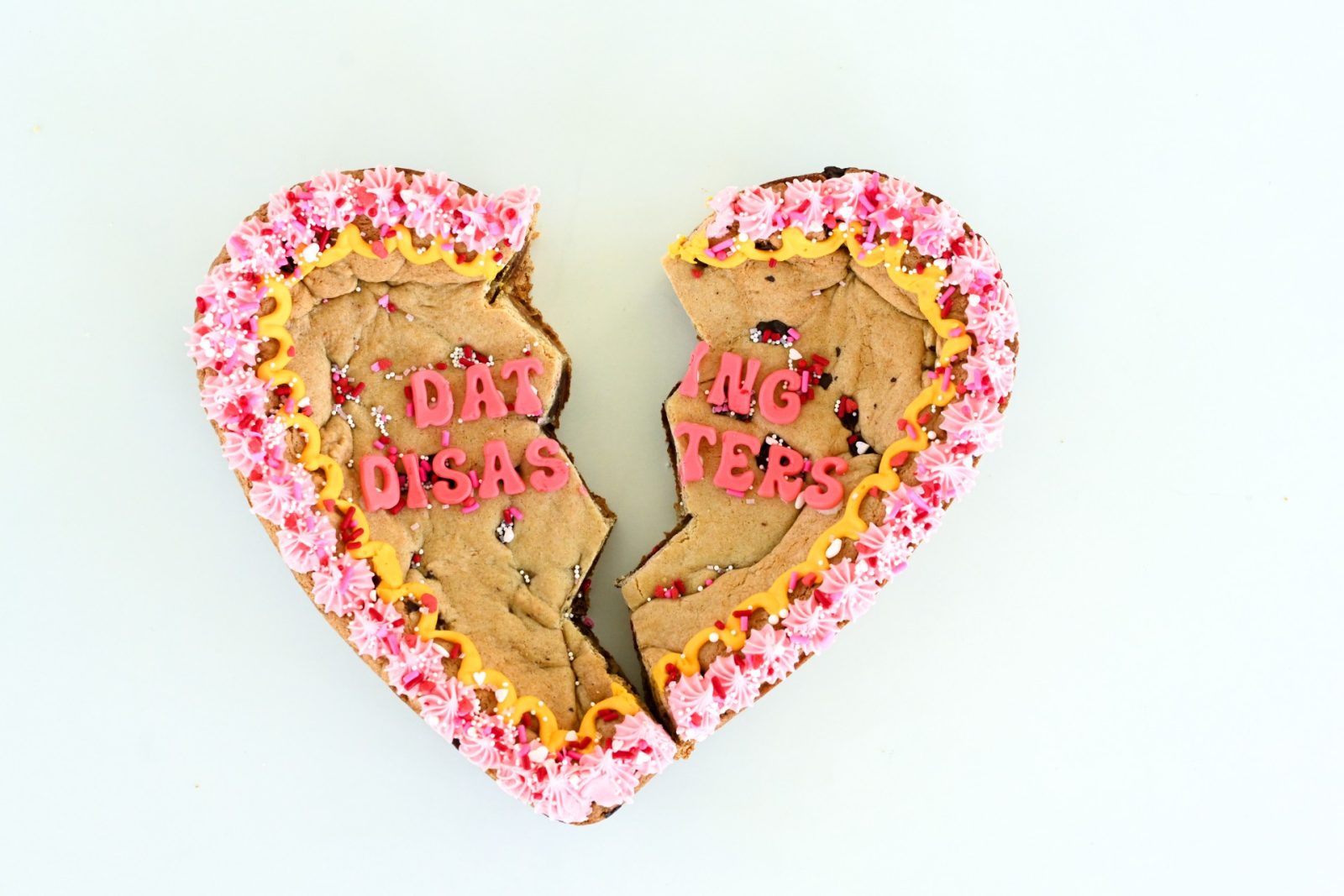 As the cover section of (614) Magazine’s February 2022 issue is dedicated to Dating Disasters, we’ll be sharing them (nine in total) across three editions on 614NOW as well. Each one is anonymously submitted and from Columbus.

When I first started working as a pediatrician, all the doctors at my practice were invited to dinner at a very nice downtown restaurant by a pharmaceutical company. They had also planned to have us attend a performance of “Phantom of the Opera” at an upscale venue.

I’d been dating someone for a while, and things were going well, so I decided to invite him along.

Dinner went about as well as it could have, and drinks were flowing the entire whole time, as the pharmaceutical company was paying for everything.

After eating (and drinking, like I mentioned) we got to the venue, and things still appeared to be going fine. After taking our seats, though, I noticed my date get up and walk out of the seating area. I was expecting him to sit down after a few minutes, but by intermission (over an hour later) he still hadn’t come back to his seat.

It wasn’t until everyone started filling out into the entrance area for intermission that I caught sight of him again, slumped over on the floor, fast asleep.

He had spent all day playing softball in a rec league, so the drinking on top of everything put him over the edge, although it was still one of the more embarrassing moments in my life.

This definitely qualifies as a dating disaster, but this story does have a happy ending. He managed to not fall asleep at any other important points in our relationship, and we’re now married.

To this day, I’m not really sure how this happened. But at one point in my life I went on a first date with two totally different physicists, and only like a week apart.

I’m not a scientist myself, and can’t recall ever meeting another one before or after this either.

So physicist number two and I went to a roller rink, and I had just been on a different date with the first physicist a week or so before. After some conversation, I realized that they were friends. I was trying to figure out if I should say something and then, I shit you not, we saw the other physicist at the roller rink just open mouthed looking at us on his skates. Sir Isaac Newton myself couldn’t make this up.

We actually all ended up laughing about it together, and all three of us are still friends today. I didn’t go on another date with either of them, though.

I met this guy on a dating app, he is an HR professional, as am I. I was excited to meet somebody in my same line of work. We decided to meet up at The Eagle, one of my favorite restaurants, and watch the Buckeyes football game.

He showed up a half hour late and was already hammered drunk. As soon as he arrived he ordered shots. I’m not a shot kind of girl, so I knew this was going downhill fast.

After a few really uncomfortable questions and a bizarre rant that I won’t go into too much detail about, he asked me if I would like to go on vacation with him to Kentucky next week.

I replied, “No, I don’t know you, and for all I know you could be an ax murderer.”

At this point I’d had enough. I went to the bathroom to compose myself and texted a friend who lived nearby to come and get me. She parked her car in the alley next to The Eagle and texted me when she arrived.

At this point I turned to the belligerent jerk and I said, “Listen, this is clearly the worst date I’ve ever been on. You’ve done nothing but be rude and make me feel uncomfortable. I’m leaving.”

I left the restaurant, hopped in my friend’s car, and left him standing at the bar. Worst date ever.

(614) Magazine is totally free available throughout at the city of Columbus, at many of your favorite restaurants, music venues, grocery stores and more. You can find a copy for yourself here