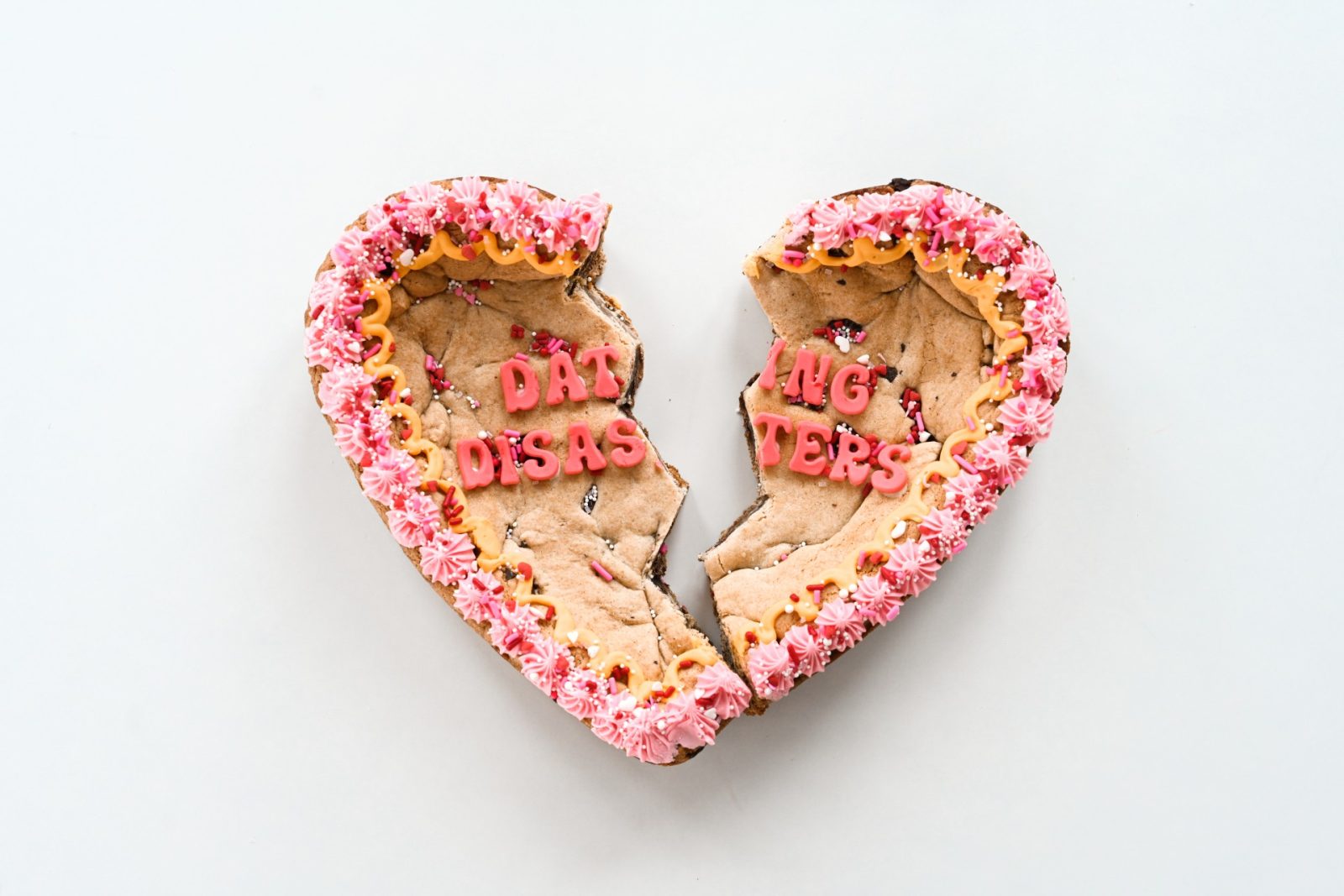 As the cover section of (614) Magazine’s February 2022 issue is dedicated to Dating Disasters, we’ll be sharing them (nine in total) across three editions on 614NOW as well. Each one is anonymously submitted and from Columbus.

Only a few weeks after I moved to Columbus, I met a girl while I was out at a bar with some friends. She seemed great: funny, laid-back, smart. More important than any of those, though, was the fact that we just had a spark. Natural chemistry. Whatever you want to call it.

We had also agreed to get to dinner together a few nights later, so I’ll fast forward to that, because that’s where the story really starts.

I met her at a pretty casual place, one that’s also very popular, so I had no real misgivings about the kind of food she might have been into.

I honestly don’t remember what she ordered, but I got a burger. And it was really good. So good, in fact, that I remember talking about it. And offering some to her. I did both of these things multiple times.

And that’s when things got weird.

That free-flowing conversation? Gone. Her humor and easygoing attitude? Nowhere in sight.

At this point, I just thought she wasn’t into me anymore. But it was very awkward. All of her answers to my questions were single word answers, and other than that she didn’t speak at all.

I can read a room well enough, and I knew to cut my losses at this point; I was not about to ask for a second date, or see if she wanted to keep the one we were on going.

And as I walked her to her bike, I realized what was going on. Her bike frame and basket were absolutely covered in stickers proclaiming her veganism.

For the record, I have nothing against vegans. I was vegetarian myself for a number of years, but she was clearly all in on it. There was one sticker I remember particularly clearly, it literally said “Billions of animals are abused and violently killed because you eat meat.”

And I had waxed poetic about a hamburger for half an hour. Needless to say I never saw her again.

I might be a millennial, but I am old school when it comes to dating (no salud to the movie “Old Skool” here, sorry), and I prefer to meet people in real life. Yes, I know, how in the world do you meet someone you can see a future with if not on a dating site? Easy: get out and about (even in a mask)!

I was out with my girlfriends and a man who owned a food truck offered me free food (sorry to my friends, they had to pay for theirs) and told me that a girl as pretty as myself should not be drinking without something to pair with it. Immediately my friends started creating names for the next Hallmark movie to come to a TV near you while I just brushed it off.

I ended up leaving before my friends and he gave one of them his number to give to me if interested. I figured sure, let me shoot my shot since he made a nice gesture. We went on a date the next day and it was a blast until it was a disaster.

Great conversation, tacos, and tequila. Who doesn’t love that triple threat combo? Well, you wouldn’t if towards the end of the date he confesses he is already in a relationship and isn’t looking to date you, but would prefer you to be the third in the swinger lifestyle he and his girlfriend abide by. I have nothing against the swinger lifestyle, but it isn’t for me. At all.

I also had to go home and google some things he was referencing. This. Is. 30.

I had recently split up with my longtime partner and was living in a new apartment downtown by myself. It was the depths of winter, and I was on a dating app. A young, attractive, single mom who I had very little in common with was super interested in hanging out. Here’s the catch, though: She lived like an hour and a half away.  Friends encouraged me to go; “Strike when the iron is hot,” they said.

I drive out to her knowing there may be a huge snow storm coming our way. The date is going moderately well for a while, and then the snow hits and I can barely get out of the restaurant parking lot.

I can’t make it home in the weather, so I get a hotel.  She says she’ll come and hang out for a bit. We go grab a bottle of liquor.

She basically drinks the entire thing in about 30 minutes, and that’s really when things start going downhill. She starts getting angry at me for no real reason, and I eventually tell her our date should end. After a lot of commotion, she takes a cab home, and I had the pleasure of spending the night in a holiday Inn in the middle of nowhere, borrowing a shovel to get my car out the next morning, and driving the 90 minutes on insanely treacherous roads.

If you like these stories, you can find the full Dating Disasters section and much more in the latest issue of (614) Magazine. You can find your own copy here.