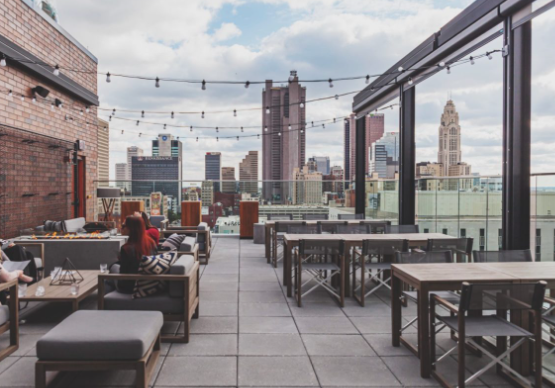 National bakery and cafe chain closes its only Ohio location

Hilton Columbus is bringing a 28th-floor rooftop bar to the city this fall, but if you’re not a fan of waiting, a new pop-up rooftop bar is coming early next month, according to Hidden Columbus.

Rooftop Playground, billed as the city’s largest rooftop bar by event organizers (although it is not a permanent establishment), is the newest pop-up experience coming to Columbus from Hidden, the global event company behind the city’s pop-up curling bar, dining in the dark experiences, and immersive cocktail party, The Alice.

Rooftop playground officially launches on Feb. 1 and runs until Dec. 31, according to Hidden’s website, although the location—as is the case with many of its events—has not yet been disclosed.

“This is a kidults paradise, with everything from roller skating to mini golf and food trucks to shuffleboard,” an event description reads.

According to Hidden, Rooftop Playground will also include lawn bowls, yoga, comedy, and cinema sessions on select days. Food will be available from local vendors as well.

If you like this, read: A curling bar is coming to Columbus