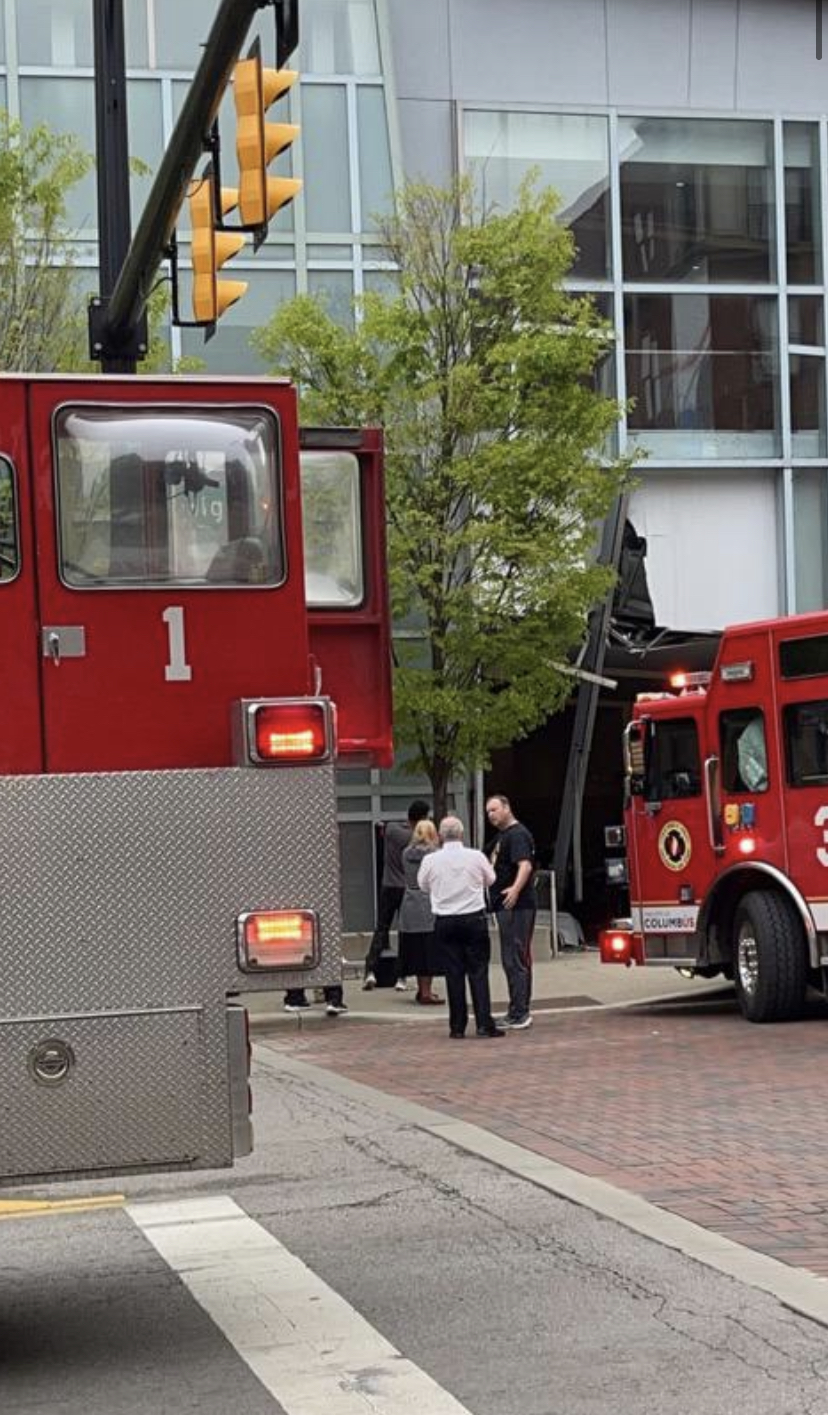 One person was hospitalized yesterday afternoon after crashing a vehicle into the Columbus Convention Center.

Just before 12:30 p.m., the vehicle–which was later identified as a Tesla–drove into the Columbus Convention Center at the intersection of Vine Street and North High Street.

According to the Columbus Division of Police, the driver struck a pole prior to crashing into the convention center.

Columbus firefighters responded to the crash, which resulted in the vehicle coming to a stop inside the convention center.

The Columbus Division of Police said the driver was transported to the hospital.