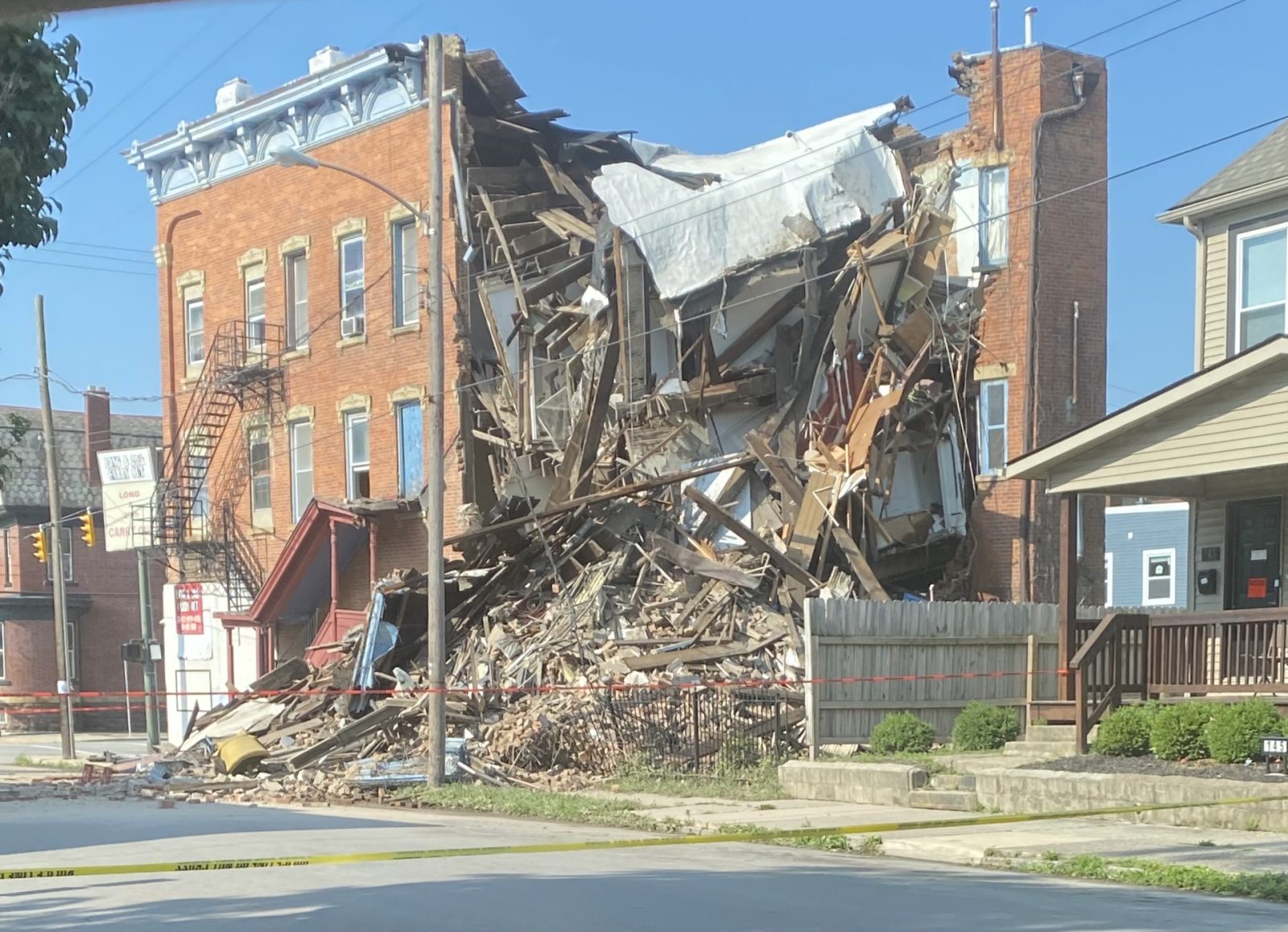 A three-story brownstone building in the King-Lincoln Bronzeville neighborhood endured a pair of partial collapses yesterday, and now city officials say the structure will have to come down.

The building at the corner of N. 20th Street and E. Long Street–located at 1032 E. Long St.– initially collapsed yesterday just before noon. According to a statement from the Columbus Fire Department, Columbus building inspectors were working in the vicinity at the time of the collapse.

Responding firefighters serving on Ladder 8 noticed that a collapse had occurred at the rear of the building and called a Heavy Rescue Unit to the scene. One firefighter entered from the street entrance to make certain the building was unoccupied, and the building’s second, smaller partial collapse occurred shortly after. Falling rubble blocked the original entrance, but the firefighter safely escaped from a ladder positioned in a second-story window.

According to the Columbus Fire Department, no one was injured in the collapse. The building’s second and third stories were unoccupied, and a convenience store that operated on its first floor, Old School Carryout, was closed yesterday. The owner of the business could not be reached for comment by the time this story was published.

According to a representative from the Columbus Department of Building and Zoning, the building is slated for demolition. It will likely be taken down in the next several days.

As of this morning, the intersection of N. 20th Street and E. Long St. remains closed.