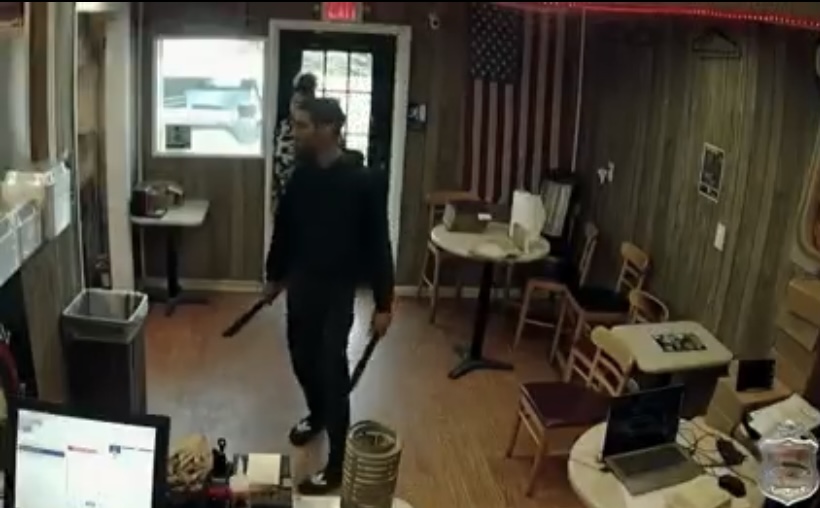 Columbus Police are on the lookout for a man after a North Side restaurant employee was injured with a machete.

According to the Columbus Division of Police’s Facebook page, officers were dispatched to Kickin Chicken Mobile–a restaurant located at 5413 Sinclair Rd.—to treat an employee with knife wounds to their left hand.

The employee told police that, after an argument broke out between them and a man within the store, the man, who police are attempting to identify, briefly left the restaurant. He returned less than a minute later wielding two machetes, one in each hand.

After the man began pointing the weapons at them, the employee attempted to grab the blade of one machete, resulting in an injury to their hand.

According to police, the suspect fled in a gray, four-door Acura. The Columbus Division of Police shared a short video clip of the incident, and are asking for the public’s help to identify the machete-wielding man. Anyone with information about the identity of the individual should contact Assault Unit Det. Federer at 614-645-4141, or email at [email protected]