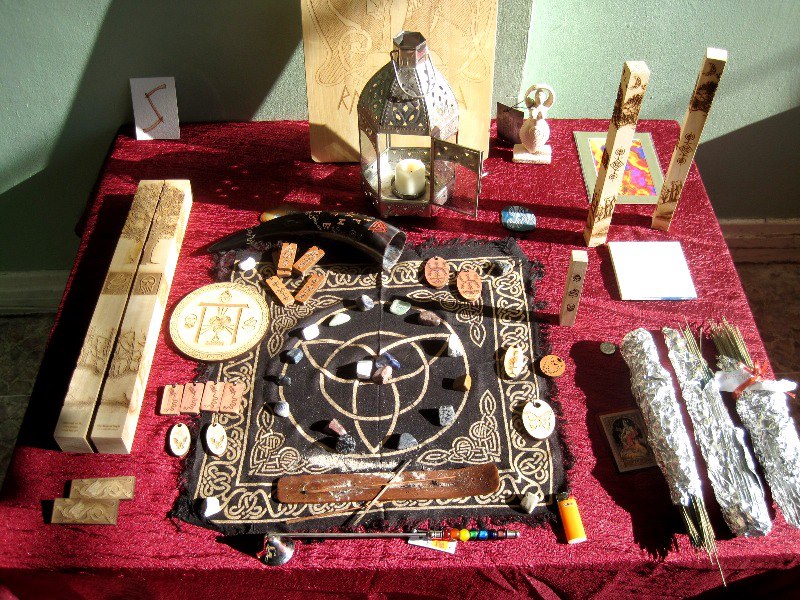 There aren’t many stores like The Magical Druid in Columbus, or anywhere else, for that matter.

The esoteric shop offering everything from herbs to crystal and even spell supplies has occupied the storefront at 3165 N. High St. for over a decade, but that won’t be the case much longer.

The Magical Druid is headed roughly half a mile south, to 2887 N. High St., which is still in Clintonville. No official date has been listed, but the store is hoping to open in the first week of Se[tember.

And according to co-owner Seamus Dillard, the move is first and foremost a matter of space.

“This is something we’ve been working on for a few years,” he said. “We loved our old home, we just outgrew.”

At nearly 5,000 square feet, the new storefront will be a massive upgrade over the shop’s previous 860 square foot space.

A portion of the new storefront will be designated classroom space. The Magical Druid operates a classroom at its current location , but it’s located in a separate building, just down the block from 3165 N. High St.

“It just wasn’t convenient for customers to come in, learn that the classroom was in a different building, and then have to leave again,” Dillard said.

And while a large portion of the new building will be dedicated to The Magical Druid’s eclectic sales floor, it will also feature two separate tarot reading room, a dedicated classroom and even an on-site production space where the business can create oils and other products.