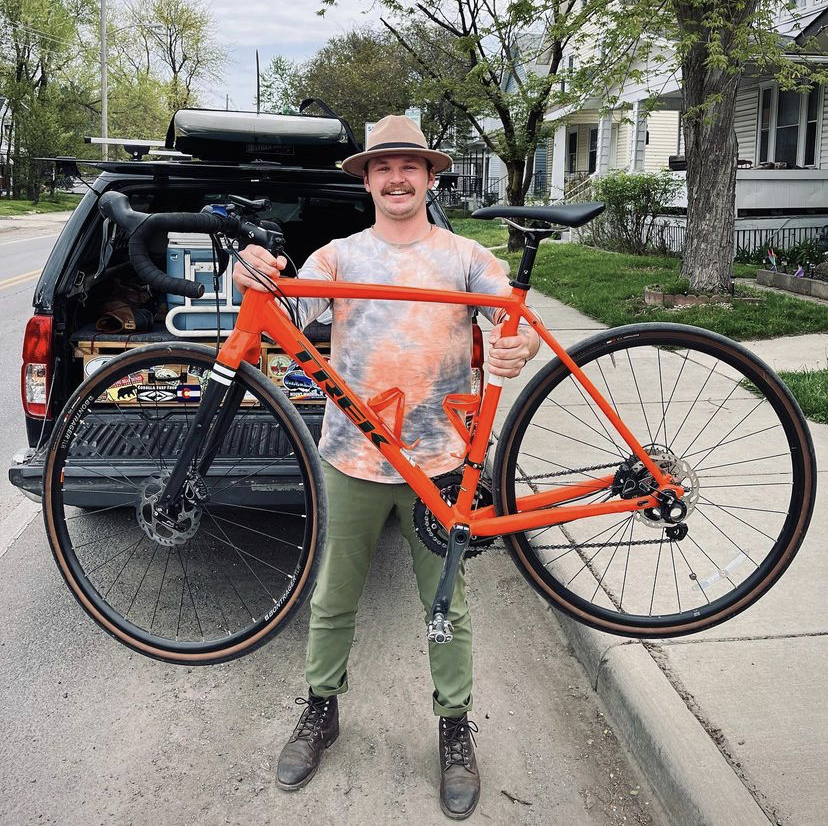 The Columbus coffee roaster Jennings Java saw one of its daily delivery bikes stolen on April 26, and after a saga that includes Columbus Police, a Facebook tip, and co-owner AJ Kazmierczak tailing an individual, the delivery vehicle is now back in the company’s hands.

On April 29, after the roastery had been attempting to find the stolen bike for several days, Kazmierczak said Jennings Java received a tip–complete with photographic proof– via Facebook Messenger that the bike was in the area of Westgate, a community on the West Side of Columbus.

Using the information from the tip, Kazmierczak was able to locate the bike shortly later the same day. But there was a problem: Somebody else was with it.

“He would not leave the bike so rather than get into an altercation with him I decided to tail him back to a house where I then called the police,” he said.

Shortly afterwards, Kazmierczak, who was joined by fellow co-owner Daniel Jennings, was able to reclaim the bike with the help of Columbus police.

“Thank you, thank you, thank you to the community,” a statement from Jennings Java announcing the bike reclamation reads.  “We literally only found it thanks to some incredibly helpful tips from you guys! The bike is currently with @trekbicyclecolumbus getting much needed TLC. We’re working on a give back plan for you all but in short, thank you.”