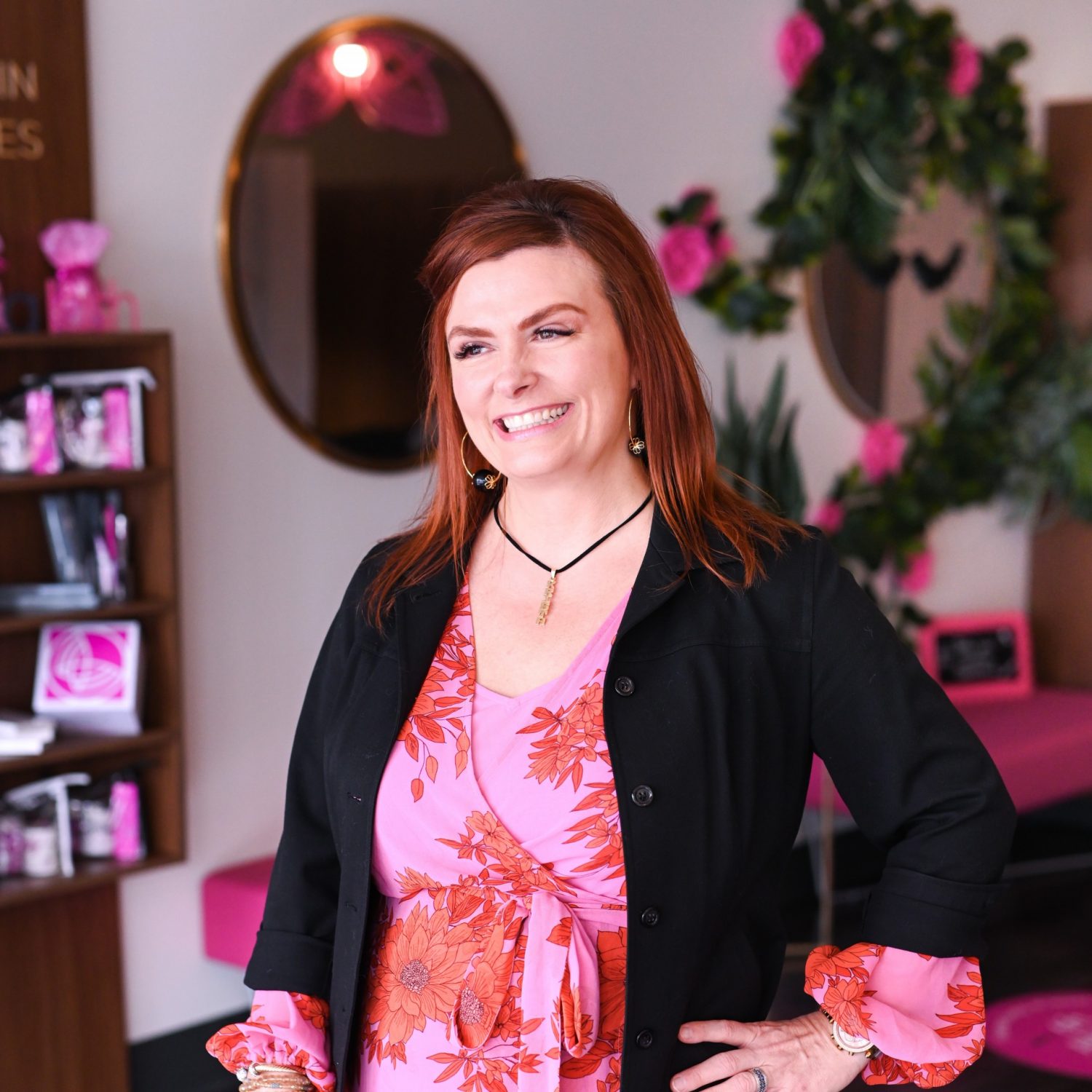 Krista Guagenti worked in the healthcare field for almost 12 years before deciding the 90-plus hours per week she was logging in weren’t worth it.

“It was just never ending,” she said. She had always wanted to own her own business, so she decided to leave healthcare and do just that! Though Guagenti holds a Bachelor of Science Degree in Chemistry and a Master’s Degree in Business, she had dreamed of owning a high-end luxury day spa that focuses on oncology therapeutics, since she was in high school. When she left the healthcare field in 2010, she immediately began preparing her plans to open the spa. She visited consultants across the country and started learning everything she could about the industry. But when she approached the banks for funding, they weren’t willing to fund the project because she had never owned a business, and times were tough for banks having just come off the recession, so they advised her to scale back her plans and/or open a different, smaller business.

So Guagenti pivoted. She chose to exercise her love for interior design and open a business that would give her that ownership experience. After a very successful 8-year stint of owning a Budget Blinds franchise, she finally began her beauty-industry journey with Deka Lash.

Guagenti immediately fell in love with the transformation eyelash extensions can make in peoples’ lives, and she had to be a part of this hot, emerging concept! Now a franchise owner of Deka Lash Columbus Grandview, Guagenti has rapidly gained a foothold in the fastest growing sector of the beauty industry. She chose Deka Lash because she wanted to be part of a brand that was founded on the belief that all women should feel empowered, beautiful and confident…and a brand that is dedicated to protecting the health of its clients’ natural lashes, while also prolonging the life of the lash extensions.

“It’s incredibly rewarding to see the difference something as simple as lash extensions can make in a person’s overall well-being and beliefs about themselves,” Guagenti said.

Deka Lash Columbus Grandview opened in October 2019. The chic and trendy studio features super comfortable lash beds, an exclusive product line, and an endless option of lash styles. Guests can even get a full set of TrueXpress lashes in just one hour (most other places take 2-4 hours).

Once the lashes are on, they can be worn indefinitely, Guagenti said. Customers just need to get their lashes filled every two to three weeks, to mitigate the shedding process of their natural lashes, and keep their lashes looking nice and full. And, Deka Lash has an incredible membership program that allows clients to continue to get lashes affordably.

The service is also accessible to those who have lost lashes due to chemotherapy and other medications, stress, anxiety, or illnesses that cause hair loss. That’s because Deka Lash has a range of incredible products and growth serums that can help return customers’ lashes to the length needed for applying lash extensions.

“My heart becomes so full when a client who has lost their lashes due to something like cancer, tells me the lash extensions make them feel the way they felt before they had cancer,” Guagenti said.

Now, her dreams are truly being realized. Guagenti’s very own spa, Panacea Luxury Spa Boutique, is under construction on Trabue Road near Riverside Drive, in the new Quarry Trails health and wellness development. It’s set to open June 1, 2022. This high-end luxury day spa will be a health and wellness retreat for everyone, with massages, facials, body treatments, skincare, nails and other exciting services! They will also offer oncology therapeutics and focus on couples’ connections, as well as men’s treatments.

Guagenti said she’s excited about the services she is going to be offering Columbus residents, and the difference she knows the spa is going to make in their lives.

“This is a dream that’s been 30 years in the making, so it’s overwhelmingly exciting to see it finally come to fruition,” she said.